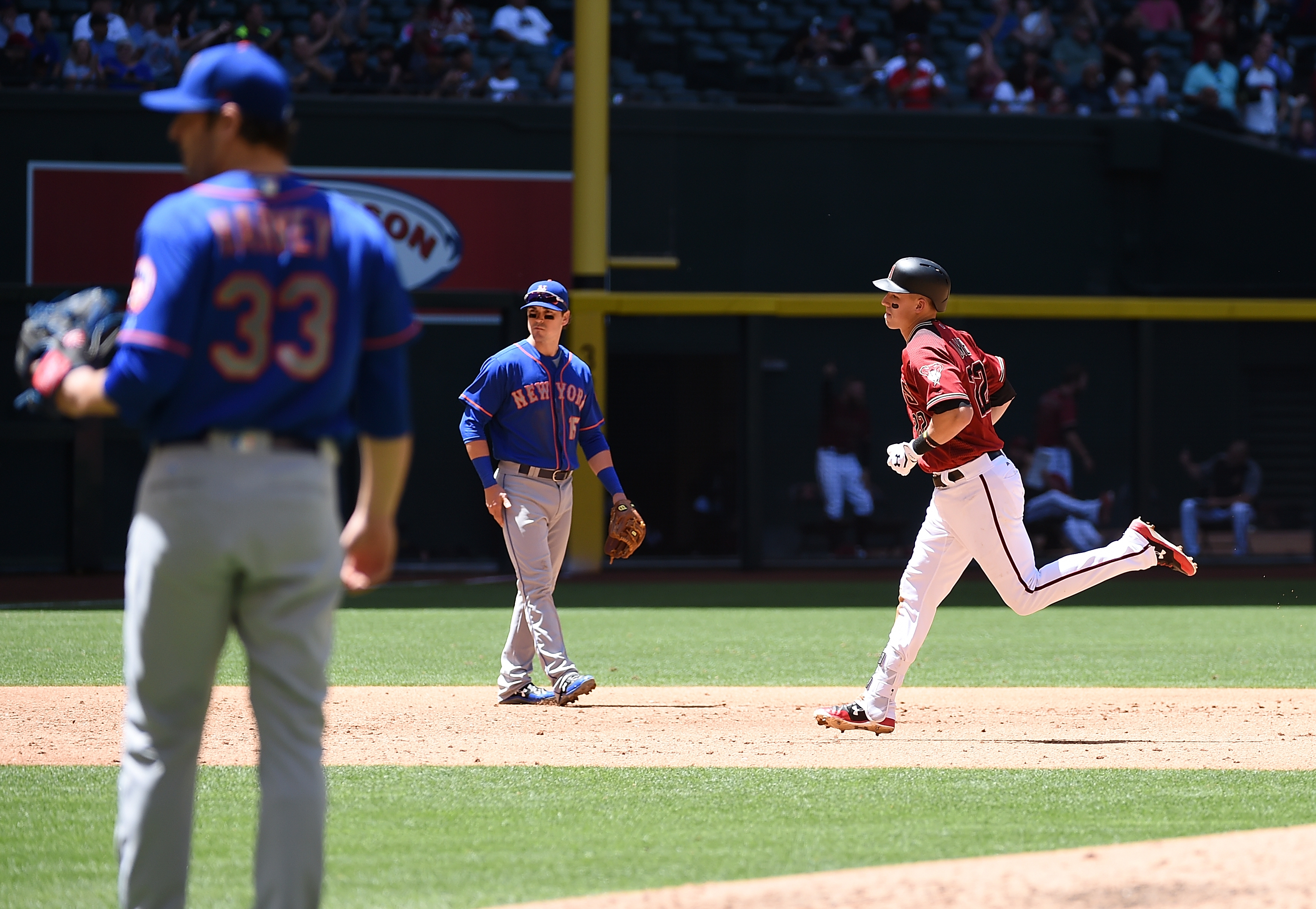 It used to be that when the Mets gave Matt Harvey a 2-0 lead before he ever throws a pitch, it was cause for celebration. First off, because Matt Harvey has never gotten a 2-0 lead in his life. Second, because if he ever did, you knew he’d hold it because it was Harvey Day and nothing could go wrong.

But when Matt Harvey gets a two run lead in the first inning, the only question I ask myself now is “how is he going to screw this up?” So when Harvey responded to his 2-0 lead by immediately giving one back, it started to look like the same old ending to the same movie that we’ve pulled up on Netflix for the past seven days. Harvey pitched five and a third giving up six hits, four walks, and three runs. He had his moments, dialing it up to strike out Paul Goldschmidt. But then …

Oh man. A fan in the stands yells “ADRIANA!” and the next pitch from Harvey got put into the seats.

Great optics there. This will only feed into a narrative that “Harvey needs to just pitch with fire in his belly and take the game by the throat and pitch like he wants it.” But what’s the real problem here?

Yeah, that would be a problem. Because Matt Harvey might have just lost all of his other explanations other than the one that’s staring us all in the face: He’s just not very good anymore. Harvey Day has lost its lofty place with Christmas and has fallen on the list of holidays below Arbor Day, Tax Day, and International Museum Day.

Besides, “pitching angry” is the same type of nonsense to fall back on as blaming the baseball gods, which Terry Collins did after the loss.

Terry Collins: "Right now, somebody has pissed off the baseball gods, because every move we make has been the wrong one." #Mets

You know what pisses off baseball gods, Terry? Only getting to the 11th inning with Paul Sewald, Neil Ramirez, and Fernando Salas available in the bullpen, with a day off tomorrow, but bringing in Rafael Montero anyway so he can give up a walk-off home run to Chris Herrmann. Funny how it works, right? You bring in terrible pitchers then you allow them to pitch for any other reason than “he’s the last man on earth”, and you lose games. Blaming baseball gods for your strange decisions?

That pisses them off.