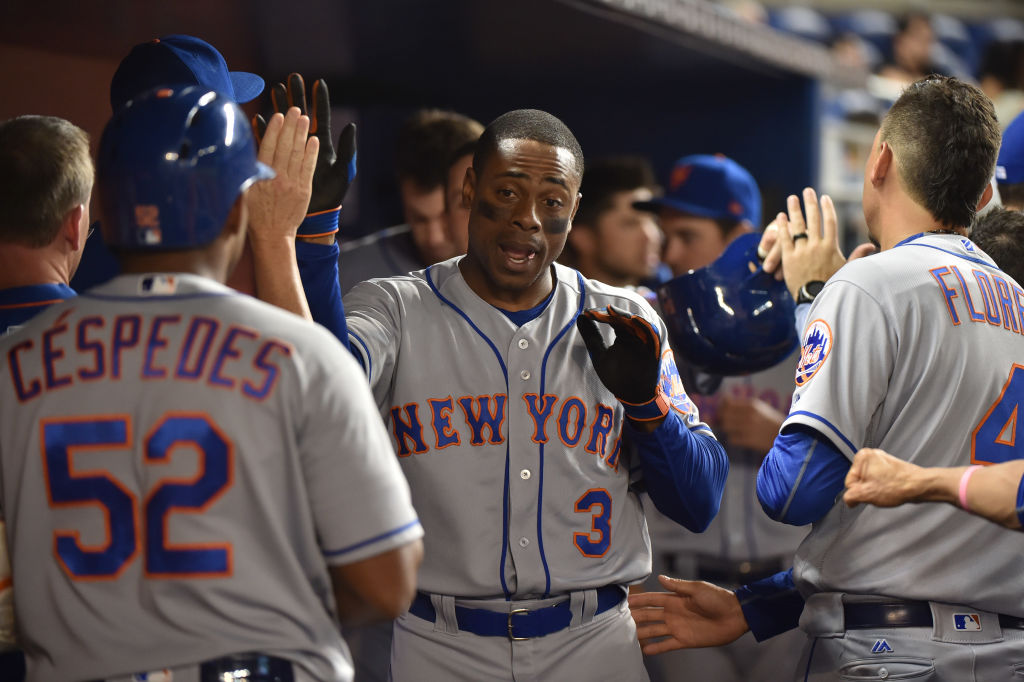 The New York Mets played .500 ball in June, their best month of the season, in large part due to a prolific offense. The lineup slugged 50 homers in June, easily setting a franchise record for most long balls in a calendar month, so it makes sense to tab a hitter for the Met of the Month Award. There were a lot of worthy candidates, including Yoenis Cespedes (.323/3 HR/9 RBI’s) and potential All Star Jay Bruce (.301/8/19), but the best choice for the Met of the Month is the team’s hottest hitter: outfielder Curtis Granderson.

MIAMI, FL – JUNE 28: Curtis Granderson #3 of the New York Mets high fives his teammates after hitting a home run in the seventh inning against the Miami Marlins at Marlins Park on June 28, 2017 in Miami, Florida. (Photo by Eric Espada/Getty Images)

In 76 at bats during June, Granderson hit .316 with eight home runs and 15 RBI’s as he built on a strong May. After bottoming out with a .122 batting average on May 3rd, Granderson used his hot stretch in June to bring his batting average all the way up to .236. Granderson was also one of the team’s most productive hitters over that span, beginning to earn his playing time back at the expense of the slumping Michael Conforto. Conforto has since landed on the disabled list with a bad bone bruise on his left wrist, meaning Granderson will likely finish the first half as the every day center fielder. For a guy who was clearly the odd man out when Cespedes was activated off the DL last month, that is a very dramatic turnaround.