Five Storylines To Watch For New York Mets In Second Half 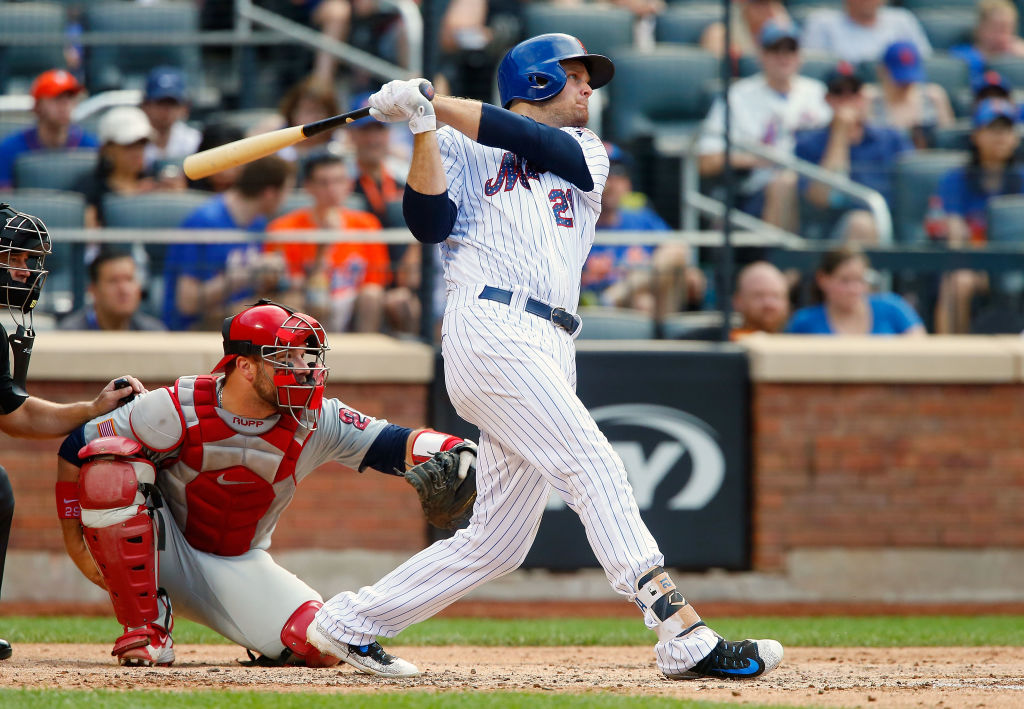 Five Storylines To Watch For New York Mets In Second Half

The New York Mets begin the second half of their season tonight when they host the Colorado Rockies at Citi Field. The first half was a disappointment as the Mets went just 39-47, woefully underachieving and burying any chance they had to win the National League East title. The Mets still have faint hope in the wild card race since they trail the Rockies by eight in the loss column, but there are also several other teams between the Mets and Rockies to begin with. Before the first pitch at Citi Field tonight, let’s take a look at five storylines to track for the Mets in the second half.

NEW YORK, NY – JULY 01: Lucas Duda #21 of the New York Mets follows through on a fourth inning home run against the Philadelphia Phillies at Citi Field on July 1, 2017 in the Flushing neighborhood of the Queens borough of New York City. (Photo by Jim McIsaac/Getty Images)

With the trade deadline approaching, the Mets will have to decide if they are buyers or sellers. Right now the Mets are in no man’s land, not far enough out to be completely buried but not close enough to justify buying. The next 10 days will be key for the Mets, who begin the half with a 10 game homestand against the Rockies, St. Louis Cardinals, and Oakland A’s. Barring a dominant run of play over that stretch (think 8-2 or better), the Mets should be selling their veterans on expiring contracts at the deadline. Players who could be on the move include Jay Bruce, Addison Reed, Curtis Granderson, Lucas Duda, and Asdrubal Cabrera.

2. Looking at the Future

If the Mets do end up selling it will give them a chance to look at a bit of their future. Shortstop Amed Rosario and first baseman Dominic Smith both figure to be key players for the Mets in 2018 and beyond, so giving them big league experience in the second half could be critical. Second baseman Gavin Cecchini could also be in line for more playing time as the Mets look to see what they have in some key young players as they evaluate their needs for next season.

The Mets are dealing with a lot of injuries, but the three most notable players currently on the disabled list for them are pitchers. Ace Noah Syndergaard hasn’t pitched since April due to a partial lat tear, while closer Jeurys Familia is trying to work his way back from surgery to remove a blood clot in his pitching shoulder. Matt Harvey joined them on the shelf in June after being diagnosed with a scapula injury in his shoulder. The Mets figure to need all three pitchers to contribute next season, so if they could eliminate any rust by getting back into big league games before the season is over it would be huge. Familia appears to be the closest to returning since he just began a throwing program, but it would be a stretch to see any of them back before mid-August.

4. The Ticking Clock on Travis d’Arnaud

The Mets will have a lot of needs this winter, and catcher figures to be high on the list thanks in part to an underachieving performance from Travis d’Arnaud. d’Arnaud was the Mets’ big reclamation project in spring training as the team hired third base coach Glenn Sherlock, a catching specialist, to try and help d’Arnaud improve his defense. The belief was that better defense would help d’Arnaud relax at the plate and live up to the immense potential that saw him get dealt for two Cy Young Award winners early in his career. That hasn’t happened, as d’Arnaud is batting just .223 with nine homers and 28 RBI’s in 54 games. d’Arnaud will need to have a big half to convince the Mets that he can be their catcher going forward, and if he continues to struggle the Mets may choose to non-tender d’Arnaud after the season.

The Mets’ best player for the majority of the season has been Michael Conforto, who got off to a roaring start that earned him a trip to the All Star Game for the first time. Conforto has been in a bit of a slump, however, and that combined with a hand injury saw the Mets take some at bats away from him in favor of Granderson to boost the latter’s trade value. Once the Mets ship an outfielder out at the deadline Conforto figures to play every day for the remainder of the season, something that is important as the Mets need to let him get at bats in anticipation of him being an every day player in 2018. Conforto particularly needs to play against left handed pitching, areas where he drew starts earlier this season before getting benched for the hot hitting Granderson against them of late.