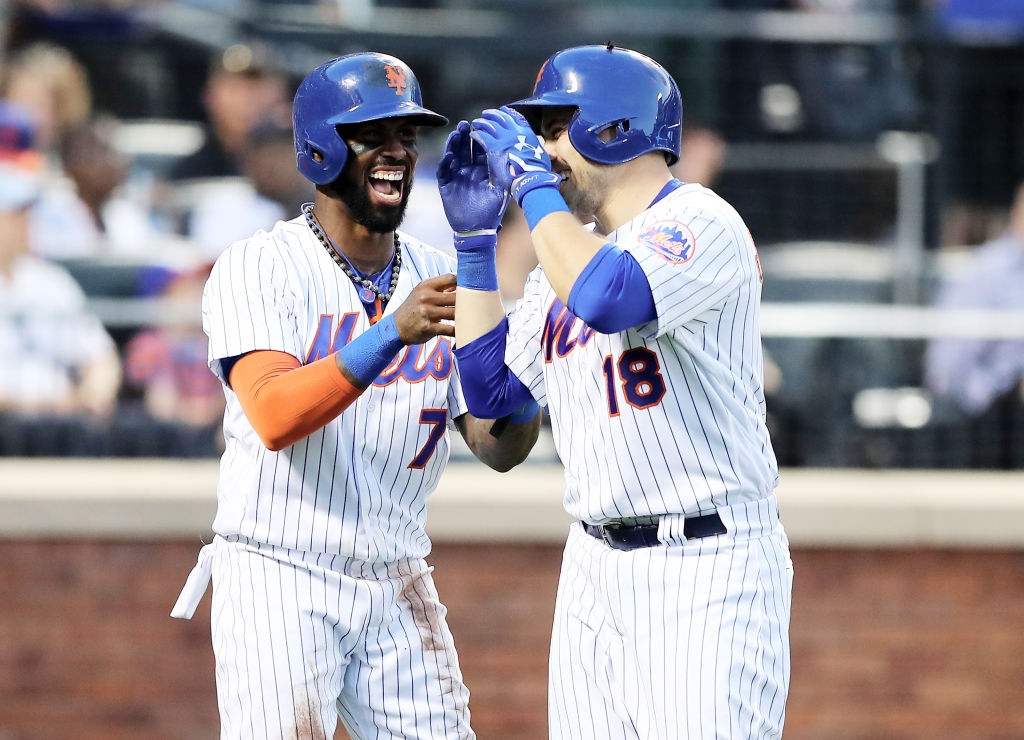 The New York Mets (50-60) snapped a four game losing streak last night by scoring a 5-4 win over the Texas Rangers (53-59). Rookie Chris Flexen had a big night, picking up his first big league hit and win thanks to some long ball support from the offense. The Mets will look to wrap up their home stand on a winning note as they finish up their two game series with the Rangers this afternoon. First pitch for the matinee affair is scheduled for 12:10 pm at Citi Field.

NEW YORK, NY – AUGUST 08: Jose Reyes #7 and Travis d’Arnaud #18 of the New York Mets celebrate after d’Arnaud drove them both in with a home run in the second inning against the Texas Rangers during interleague play on August 8, 2017 at Citi Field in the Flushing neighborhood of the Queens borough of New York City. (Photo by Elsa/Getty Images)

The Mets will send right hander Rafael Montero (1-7, 5.78 ERA) to the mound today. Montero’s last start came against the Colorado Rockies last Thursday, when he gave up four runs in 5.2 innings at Coors Field, but did not factor in the decision. The Mets went on to lose that game 5-4. The Rangers will counter with lefty Martin Perez (5-10, 5.46 ERA). Perez was hammered in his last start, giving up seven runs in 4.2 innings to lose to the Minnesota Twins last Friday.