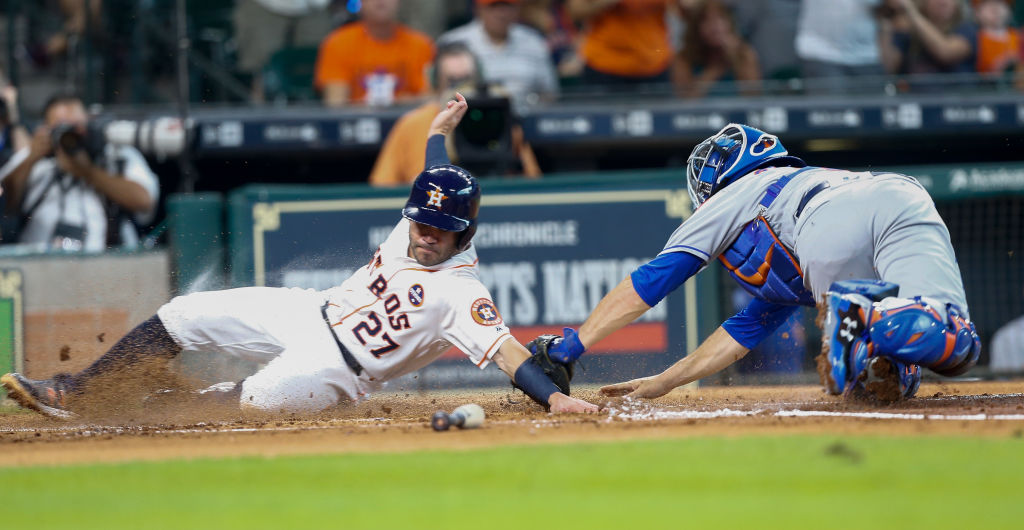 The New York Mets (58-76) played the gracious role of punching bags this afternoon as the Houston Astros (81-53) returned home with a 12-8 win. Matt Harvey looked rusty in his first big league start since June, giving up seven runs in two innings of work to take a loss. The Mets didn’t quit in the game, putting up eight runs on 11 hits, but the hole was simply too deep for them to dig out of. The two teams are back in action tonight as they wrap up their double header, with first pitch for Game 2 scheduled for 8:10 pm at Minute Maid Park.

HOUSTON, TX – SEPTEMBER 02: Jose Altuve #27 of the Houston Astros scores as he slides past catcher Travis d’Arnaud #18 of the New York Mets in the first inning in game one of a double-header at Minute Maid Park on September 2, 2017 in Houston, Texas. (Photo by Bob Levey/Getty Images)

The Mets will send righty Seth Lugo (5-3, 4.85 ERA) to the mound tonight. Lugo returned from the disabled list last Sunday and allowed two runs in 3.2 innings of work against the Washington Nationals, but didn’t factor in the decision. The Mets ended up losing that game 5-4. The Astros will counter with right hander Brad Peacock (10-2, 3.12 ERA), who has been a revelation as a starter after beginning the season in the bullpen. Peacock pitched very well in his last start, allowing one run in six innings of work, but also did not receive a decision for his efforts. The Astros ended up losing that game 7-6 to the Los Angeles Angels last Saturday.