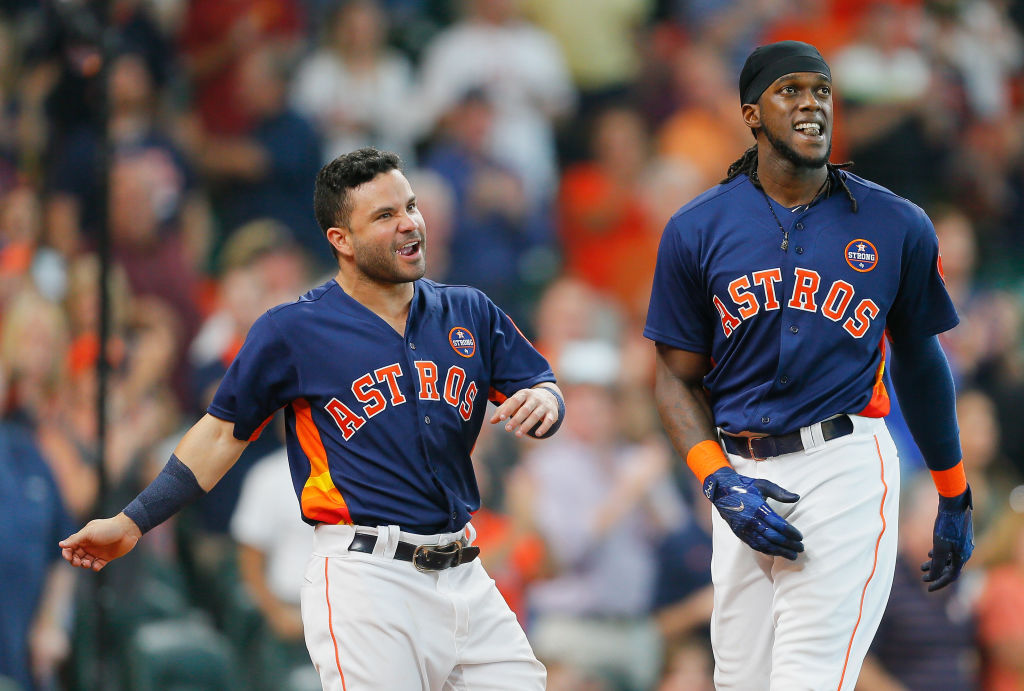 The Astros mercifully ended the Mets stay in Houston by completing their sweep with an 8-6 victory on Sunday. But the first thing I would like to do is highlight a hell of a play by Juan Lagares in the third inning. If you haven’t seen it, take a look:

I know my standards are low these days, but that play by Lagares is such a refreshing change from the constant buzz of brain dead plays that we’ve been getting from the Mets over the last month. Add to that the fact that Lagares always hustles out of the box, and you have somebody that can fill that void of veteran leadership that the Mets have. Good examples don’t always have to come from players over 30 with reputations that don’t contain much more than being over 30. Just give me a good example, I don’t care where it comes from. The shame of it is that I wish Lagares could stay healthy and hit righties. Because as of now, I would still begin any rebuild of the Mets by signing Lorenzo Cain, which would push Lagares to either right field (if Michael Conforto is still in a full body cast) or a depth role (if Conforto goes and sees Oscar Goldman). Not a bad depth guy to have as long as he continues to play heads up and sets the right example.

Other than that, it was another day at the office for the Mets, who continue to treat us to starts by Chris Flexen, who should be wrapping up his season by enjoying a meal at a Binghamton area Perkins restaurant. Instead, the Mets’ 17th starter is being fed to the wolves every five days because there’s nobody else that is upright. Home run balls by Cameron Maybin and George Springer are over the Pacific Ocean enjoying their trip to Taiwan right now. Jose Altuve stole two bases and scored on a sac fly after being hit by Jeurys Familia, reminding us that the Mets once had talent littering the roster, but now the only talent on the field is being shoved down Flushing’s collective throats.

Oh, and what little talent the Mets are putting on display which means anything to anybody is also getting hurt, as Amed Rosario has a bruised thumb and will miss at least a day or two. So if you’re headed out to the park on Monday to enjoy a day at the ballpark, bring your glove. You might catch a foul ball, or you might play shortstop.

The Phillies have Rhys Hoskins. The Mets have Hansel Robles. Don’t give the Phillies the number one pick just yet.