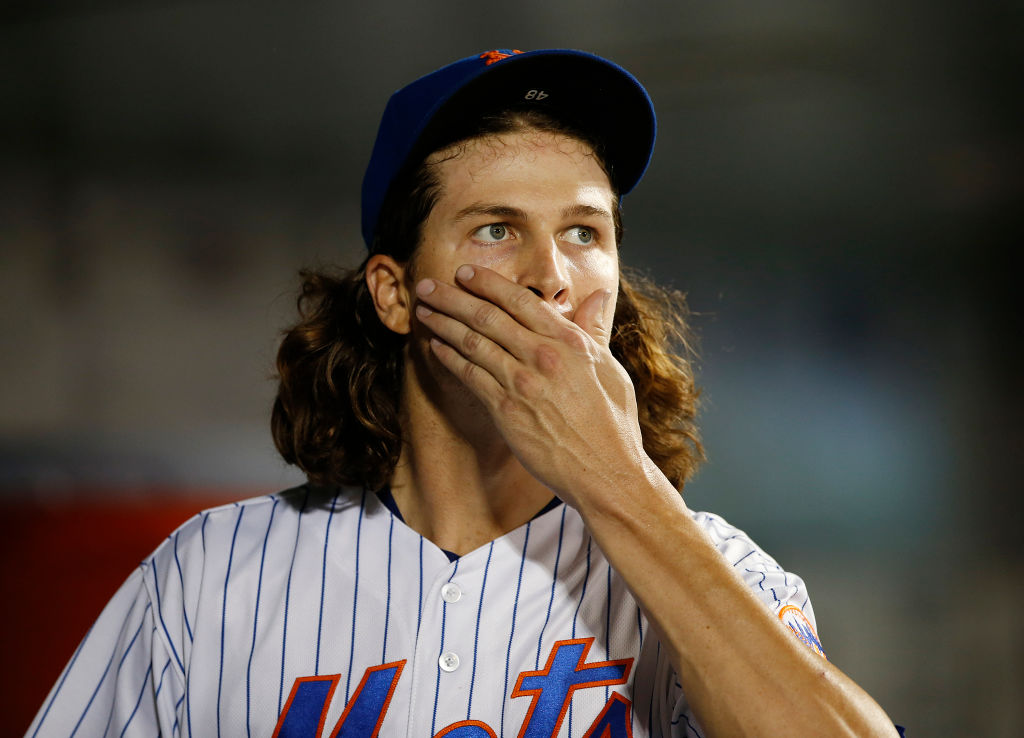 Look, Jacob deGrom has built so much goodwill for me that giving up nine runs to the hated Philadelphia Phillies isn’t even an issue for me. Hell, a home run and four RBI to opposing pitcher Ben Lively? As the song says: “You get only one real shot to screw up your life. You might as well go big.” Seriously, whatever. deGrom is going to beat himself up over this. He should be worried about a Carribean vacation when this is all over. He deserves it. To a certain point, they all do. But deGrom more than most. I don’t care about his hair, and I don’t care what happens the rest of the way unless he gets injured. And if he does get injured, it’s from carrying this team on his back.

But there’s plenty of good news that comes from a 9-1 loss to the Phillies, believe it or not. First, the Mets bullpen was untouched after Josh Smoker let in the three runs he inherited from deGrom. Jacob Rhame and Jamie Callahan put up zeroes. Next, the Mets are now just six games back of Philadelphia for the number one draft pick. Also, nobody got hurt. And finally, the Mets have reversed their puzzling decision to pitch Matt Harvey on three days rest after coming back from injury with a dumpster fire start against Houston. Yeah, it took bad press for them to do it, but they did it. The adults in the room have awoken from whatever Ray Ramirez induced haze they were under and made a smart decision. (Yeah, I know. I’m surprised too.)

Travis d’Arnaud had an RBI double.

Sandy Alderson says the Mets feel "pretty good" about going into 2018 with Travis d'Arnaud and Kevin Plawecki as their catching tandem.