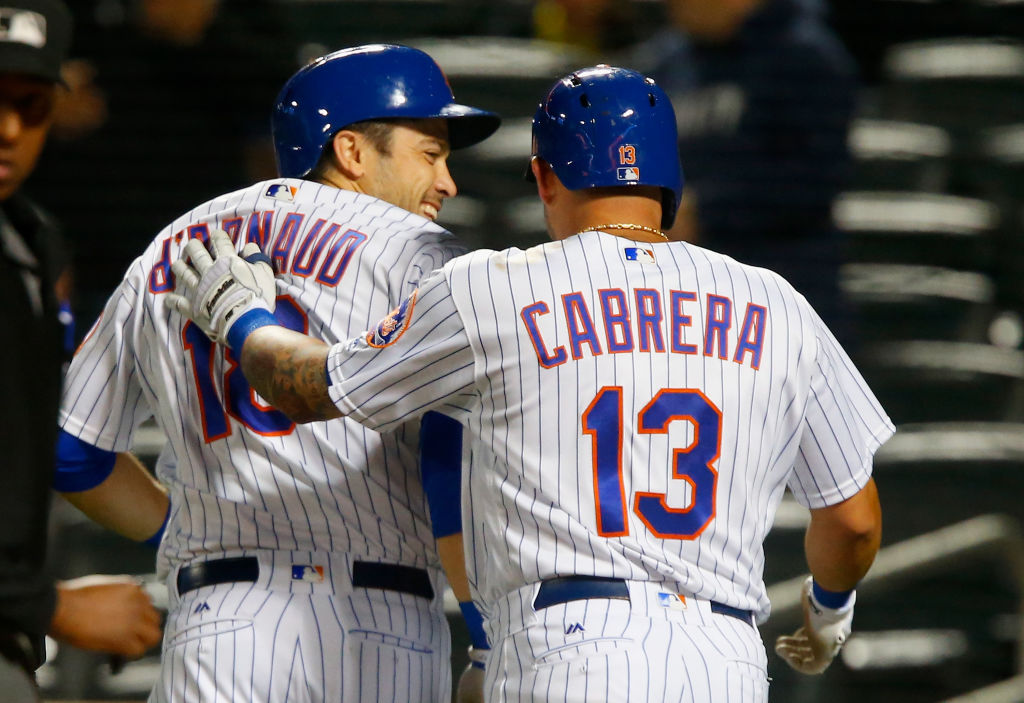 As if we needed any more hints as to what a fantastically terrible season this has been, Travis d’Arnaud was your cleanup hitter last night. He hit his first home run since August 8th, a two run shot in the first inning as if somebody reminded him that “hey, you’re the cleanup hitter and it’s your job to hit home runs.” It’s as good as explanation as I could find for d’Arnaud’s sudden power surge.

Poor Nelson Figueroa, having to find deeper meaning in first inning Travis d’Arnaud home runs during post game shows in a meaningless September. But the underlying thought was that perhaps d’Arnaud was inspired/scared by Kevin Plawecki’s good hitting since his recent callup. (.314/.385/.486 in nine games.) I guess you need to find something to talk about during discussions of games where there were as many innings as fans. But crissakes, d’Arnaud is inspired by “friendly competition”? As if he could hit home runs any time he wanted but does so now because “uh-oh, Kevin Plawecki has had nine good games.” Yeah, that’s what’s going on in Travis’ brain. I’m not the biggest d’Arnaud fan but give him a little more credit than that. Leave the psychology to the professionals.

Robert Gsellman, who’s brain I’d rather not know about, pitched five good innings before a tough sixth where he gave up a dinger to Mike Williams. But Gsellman did enough to earn his sixth win of the season in a 6-3 win where the rains probably came at the right time. God is merciful.