Does Jose Reyes Have a Place On The Mets Next Season? 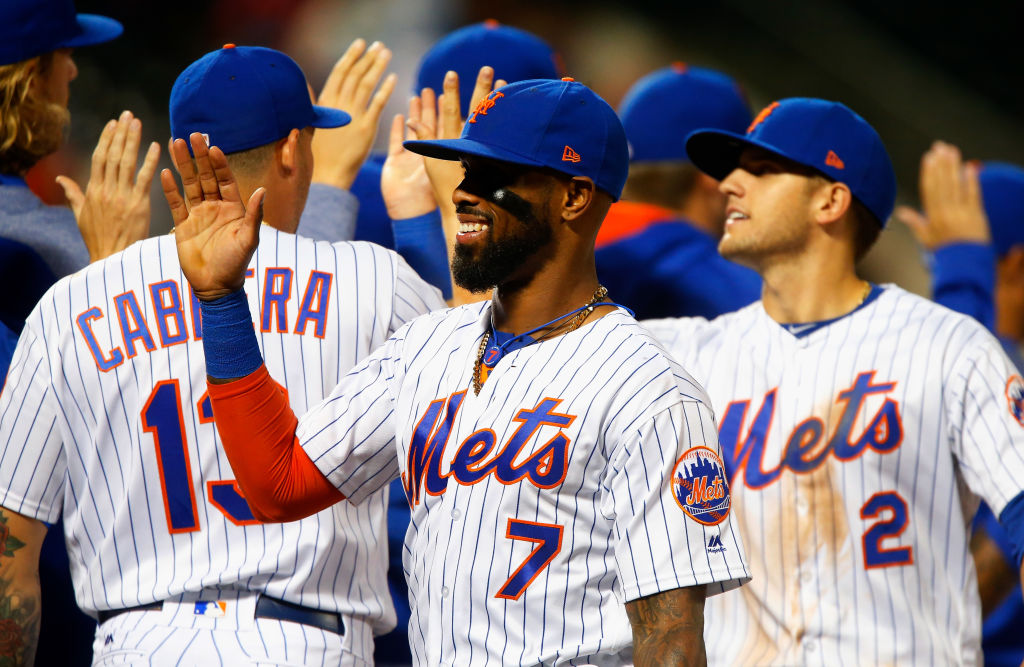 Does Jose Reyes Have a Place On The Mets Next Season?

The New York Mets have traded away most of their veterans on expiring contracts, but a few are still on the roster. Asdrubal Cabrera is still here because the Mets have to make a decision on his 2018 option, but the other notable name still in Flushing is infielder Jose Reyes. Reyes got off to a slow start this season, hitting .215 in the first half, essentially ending his every day playing time as he got benched for younger options. As injuries and trades set in Reyes got another chance to play and has taken advantage of it with a strong second half.

NEW YORK, NY – SEPTEMBER 08: Jose Reyes #7 of the New York Mets celebrates with his teammates after defeating the Cincinnati Reds at Citi Field on September 8, 2017 in the Flushing neighborhood of the Queens borough of New York City. (Photo by Jim McIsaac/Getty Images)

Since the All Star Break, Reyes has hit .288 with nine doubles, four home runs, 18 RBI’s and nine stolen bases. Reyes has played pretty much every day since returning from the disabled list in late August and has showed that there is something left in the tank. The Mets have a lot of job openings next season, and it could make some sense to retain the 34 year old Reyes as a bench player. Reyes has hinted that he wants to end his career in Queens, and he could likely be retained on a minimal salary to give the Mets a veteran option off the bench. There is also significant value in having Reyes around as a mentor to shortstop Amed Rosario, who is the Mets’ shortstop of the future.

Rosario has played well since being promoted to the major leagues, but he is still going to experience a ton of pressure due to the high expectations being placed on him. Reyes is the perfect mentor for Rosario since he has dealt with similar expectations when he was a 19 year old top prospect in 2003. Rosario has already formed a strong bond with Reyes, and the comfort level of having Reyes around as a sounding board could help Rosario live up to expectations quickly.

There shouldn’t be a big financial cost to retain Reyes, who has played the past two seasons with the Mets on the veteran’s minimum after the Colorado Rockies bought out the remainder of his original contract. Reyes could probably be had for at most two million dollars for 2018, a solid investment in a bench player who has leadership qualities. The Mets figure to have a lot of youth and inexperience in the infield next spring so Reyes’ presence as a mentor could be extremely valuable.