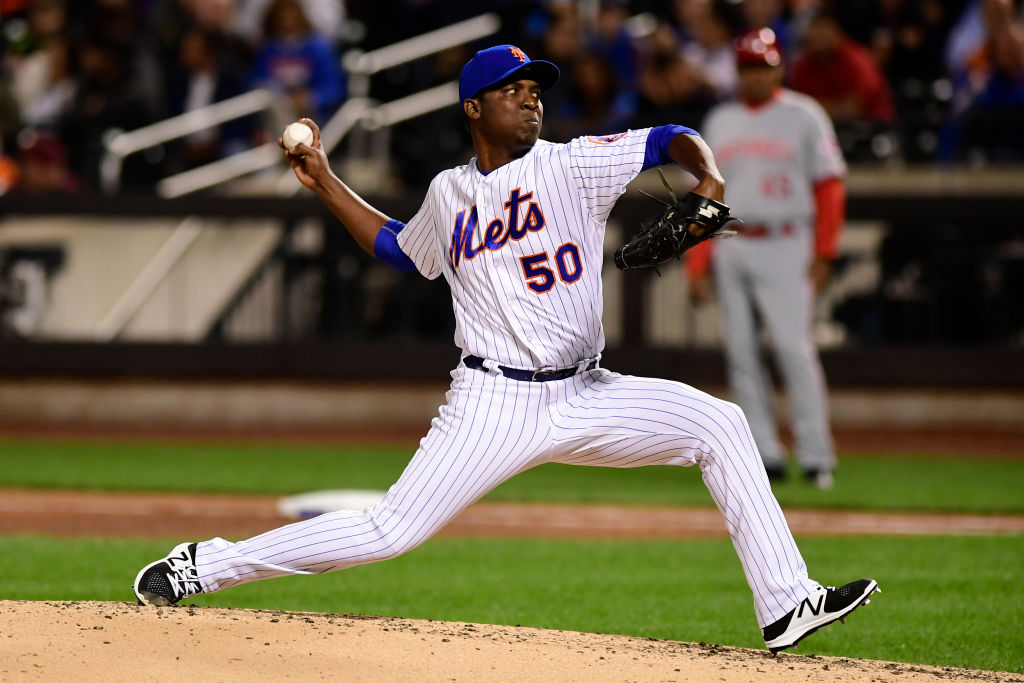 Rafael Montero is better than he’s been, which isn’t saying much considering where he was earlier this season. He’s gone from a non-tender candidate to a longshot option for the rotation next season. Of course, “longshot” probably becomes reality with trades or injuries rather than merit, because a five inning pitcher who walks five batters in those five innings isn’t going to get away with that every time.

But he got away with it on Saturday because the Reds fell for all those changeups, just as they did the last time. The Mets defeated the Reds yet again by a score of 6-1. Montero danced around his walks and only gave up a sac fly RBI in his outing. If he’s going to become some off-speed pitcher and just not trust his fastball, then these are the type of outings we can expect from him in the future. It’s a Catch-22, as he’ll have success if his changeups and sliders are working, but his pitch count will run high and his bullpen will want to kill him every night in return for Montero killing them. He’s taken a step with his stuff, which is good. But he’ll need a couple of more steps to be a legitimate candidate for the starting staff next season.

Kevin Plawecki hit a homer off Homer … Bailey. Nori Aoki hit a two run single and Ray Parker Jr. regained his number one spot on the charts as a new wave of baseball fan discovered the Ghostbusters theme, and flooded iTunes when they got home from Citi Field. Chasen Bradford was dominant in his one and 2/3’s innings of relief. And Keith gave optometry tips. Fun was had by all.

NEW YORK, NY – SEPTEMBER 09: Joey Votto #19 of the Cincinnati Reds grabs an out off a line drive against the New York Mets during the eighth inning at Citi Field on September 9, 2017 in the Flushing neighborhood of the Queens borough of New York City. The Mets won 6-1. (Photo by Corey Perrine/Getty Images)

One way you can tell that everybody is running out of things to talk about is when the pre-game show presents two segments on a visiting player. But with that player being Joey Votto, it’s warranted. He’s a hell of a player, and an honest interview. While he was discussing playing on a team that’s playing out the string, as Votto acknowledged he’s done for four years, Steve Gelbs gave him the obligatory question about leading by example as a veteran player through these useless months. Votto had something very interesting and refreshing to say, which I don’t think Gelbs was ready for:

The Mets front office should think long and hard about this quote while we’re in November and December and they’re thinking of signing some over the hill .230 lifetime hitter because he has “leadership qualities”. You featured the opponent, now learn from him.