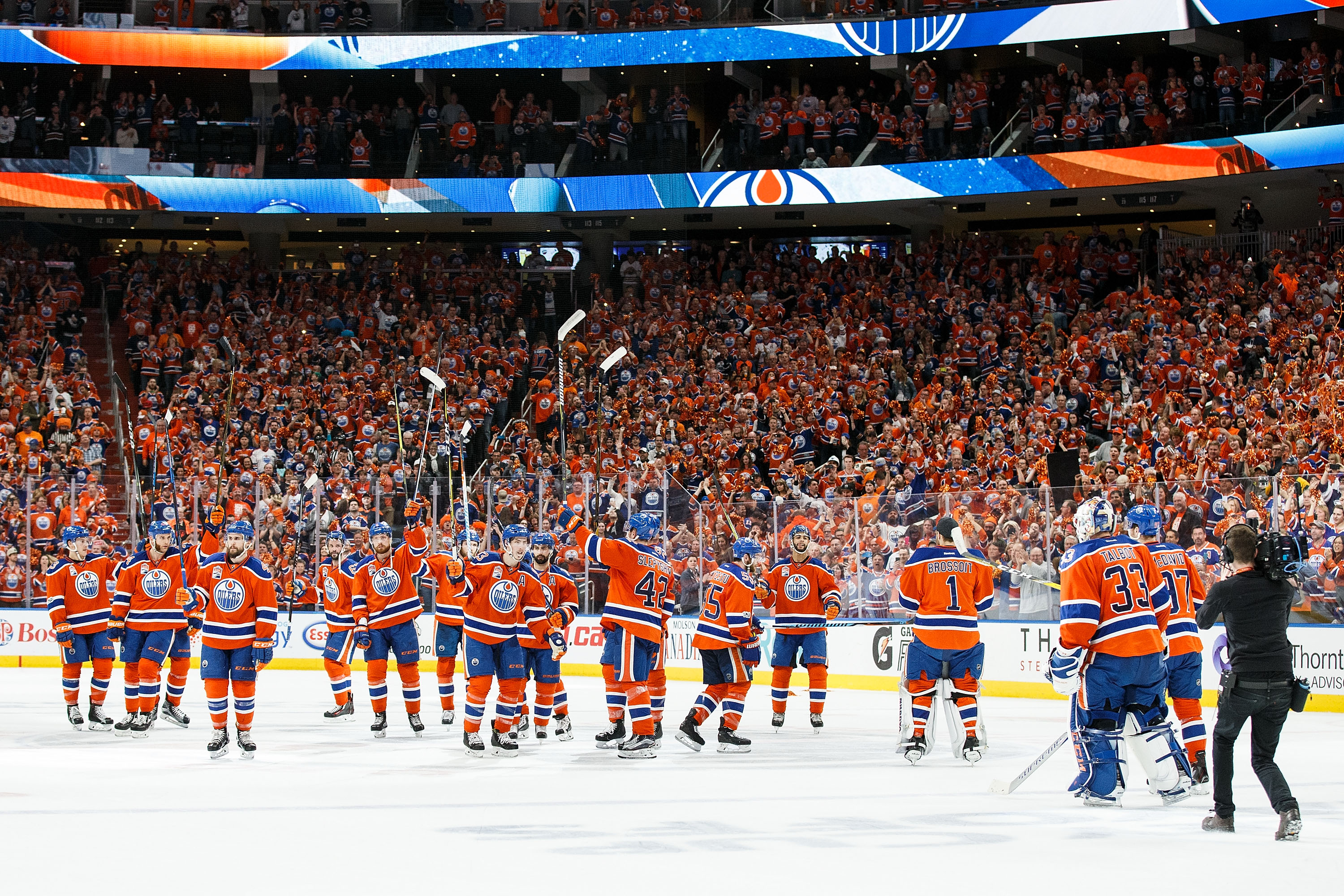 The 2016-17 season is likely to be the one that hockey fans will look back on and recall as the coming out party for the Connor McDavid-era Edmonton Oilers. The club went from basement dweller to over 100 points and made the playoffs. Not only did Edmonton reach the dance, but they did damage by winning their first round matchup against San Jose.

Many people are picking the Oilers to make a run for the Stanley Cup this coming June. While I’m not sold that is going to happen because there are just too many variables, I do agree that Edmonton’s window to win a Stanley Cup is now wide open. This club should be an unquestioned playoff team and should have a chance. It’s all luck from that point.

Later this morning, players will arrive in Edmonton to get medicals taken care of and tomorrow they will return to the ice for the first formal practice of the season. Over the course of the next 20 days, Edmonton will see its roster take shape and will prepare for a tougher road in 2017-18.

I’m going to go line-by-line at the NHL level. The lines I’m using are the ones tweeted by Sportsnet’s Mark Spector earlier in the week.

Patrick Maroon – Connor McDavid – Ryan Strome: All three are locks to make the team and it’s no surprise to see the Maroon/McDavid duo back at it. The reigning MVP is poised for another huge season, while Maroon has an undeniable chemistry with McDavid. I thought the Oilers would start Strome at center, but I don’t think it’s a bad idea to run him with McDavid and see if he can regain his offensive form from earlier in his career.

Milan Lucic – Leon Draisaitl – Drake Caggiula: Draisaitl is coming off a monster season and in the playoffs he was able to carry his own line. This is a huge item this season and will be one of the top things to watch in camp. Lucic showed well with Draisaitl when together last year, and I expect him to rebound at five-on-five this season. I’m a little surprised to see Caggiula up here, but he had a very strong finish a year ago and does have the skill needed to play in the top-six.

Jussi Jokinen – Ryan Nugent-Hopkins – Jesse Puljujarvi: Jokinen is the lone free agent addition to the top-nine and I believe could be a great get for the club. On a soft minutes line, I also expect Nugent-Hopkins to have a stronger season than a year ago offensively. As for Puljujarvi, he’s another interesting storyline because his spot on this roster is not a given in my mind. He needs to do more offensively than a year ago.

Jujhar Khaira – Mark Letestu – Zack Kassian: No surprise that the Letestu/Kassian duo is in this spot. They were both strong a year ago and I suspect we see solid play from them again this year. I’d bet on Letestu’s point totals taking a dive, however. As for Khaira, he’ll compete with Iiro Pakarinen for the fourth line wing spot as Spector has them splitting time. Don’t count the Finn out, but I think this is Khaira’s job to lose.

We don’t have information on pairings, but I think we can safely assume that Adam Larsson and Oscar Klefbom will be together again this season. Klefbom took another step forward last year and I expect solid play from him again. As for Larsson, he was strong in his debut season and I see no reason to not suspect strong play again this year.

Kris Russell will be back on the roster and while he does create quite the debate, he was a fine option for the club last year. I’m not big on his contract, but he should be fine this season in a similar role. Same goes for Eric Gryba, who will make the NHL roster in a depth role.

The biggest stories on defense? Darnell Nurse and Matt Benning. Both will make the roster and play on opening night, but the question is where will they play? One of them is going to get a top-four role while Andrej Sekera is on the mend, it’s just a matter of who.

Ryan Stanton, Keegan Lowe and Yohann Auvitu are all fighting for roster spots and bring different things. One of them will make the opening night roster and I’d bet on Auvitu. His offensive ability and mobility is a big reason why.

Barring injury, there really isn’t anything to see here in camp. Cam Talbot will start and Laurent Brossoit will back him up when the season opens on October 4th. Nick Ellis is slated to be the number three and start in Bakersfield, while Eddie Pasquale and rookie Shane Starrett will fight for the AHL backup job in both NHL and AHL camp.

I am interested in seeing Dylan Wells, I suspect he gets some action in one of the preseason games before heading back to the OHL.

I mentioned above the battle between Jujhar Khaira and Iiro Pakarinen for the fourth line left wing spot, and that’s a big storyline heading into camp. They are the front runners at the start, but don’t rule out Mitch Callahan either. He has a good resume and could be an appealing option in that spot. Much like the other two, he’s a bubble player right now.

Brad Malone is a veteran center who wins draws and kills penalties, so expect him to be in the running for a roster spot as well. Ditto for training camp invite Chris Kelly, who is a favorite of Peter Chiarelli.

On defense, the club will miss Andrej Sekera for at least the first month and that is going to hurt. That means the only defensive locks to make the team are Klefbom, Larsson, Russell, Benning and Nurse. I’ll say it is more likely than not that Gryba joins that group, leaving at least one open spot.

I mentioned the names Auvitu, Stanton and Lowe battling it out, but don’t discount Dillon Simpson either. I also wouldn’t rule out the Oilers going with eight defenders, although I think they’ll wanna carry two extra forwards instead.

Ty Rattie also has an outside chance of making this roster, especially if Puljujarvi struggles in camp. Don’t forget about Anton Slepyshev either. He’s battling an ankle injury, but he’ll be back at some point and the Oilers like the kid. He could start in the AHL depending on when he gets back up and into action.

In terms of bubble guys making the team, I would wager that Khaira, Pakarinen and Kelly make it up front, while Auvitu makes it on defense.

Enjoy day one of camp! Hockey is back!