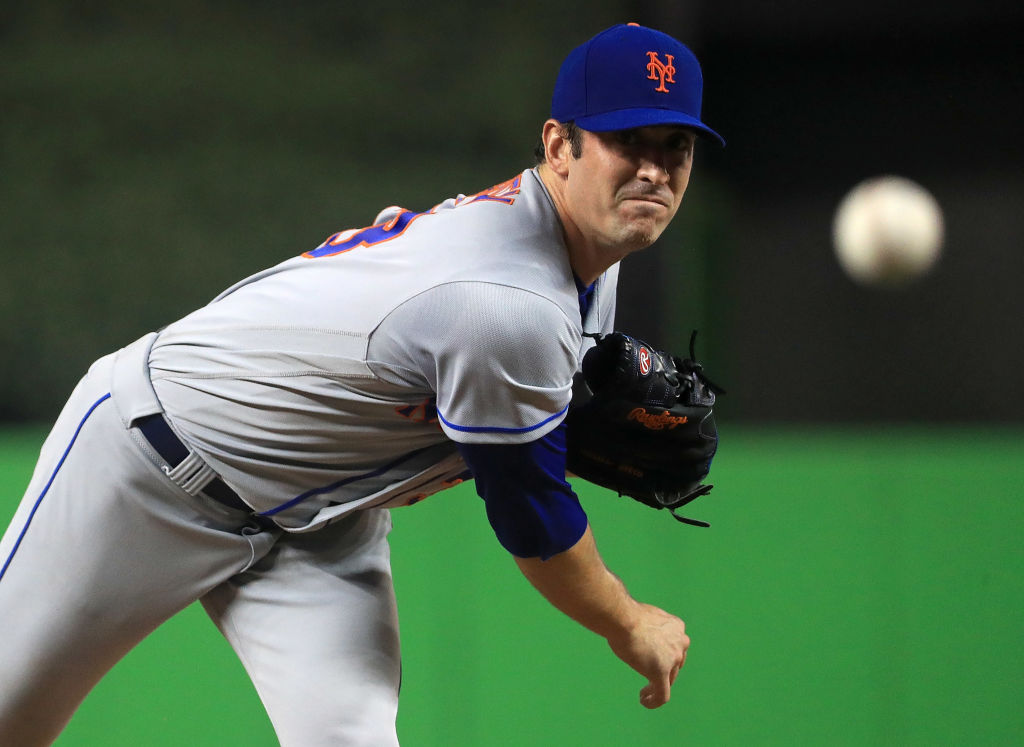 It was another rough night for Matt Harvey against the Miami Marlins yesterday. The New York Mets’ former ace was shelled again, giving up seven runs in four innings of work. The Marlins whacked Harvey around for 12 hits, although he didn’t help his cause by continuing to struggle with his location, especially against Giancarlo Stanton in the fourth inning.

That’s exactly what you would expect to happen when you hang a breaking ball against a hitter who entered the day with 54 homers. This is not a new issue for Harvey, whose ERA has ballooned to 6.59 on the season and is north of 13 since he was activated from the disabled list earlier this month. Harvey looks completely lost right now and told reporters after the game that there aren’t any answers right now for his struggles.

MIAMI, FL – SEPTEMBER 18: Matt Harvey #33 of the New York Mets pitches during a game against the Miami Marlins at Marlins Park on September 18, 2017 in Miami, Florida. (Photo by Mike Ehrmann/Getty Images)

It has been a stunning fall from grace for Harvey, who was one of the brightest stars in the city at the beginning of his career. Harvey has been a completely terrible pitcher for the past two years, and while injuries have played a role in his decline its hard to tell how much of the blame they should shoulder. The Mets have stood by Harvey the whole time, doing whatever they can to help him try and fix his issues and get his career back on track. The team has also indicated its commitment to tendering Harvey a contract for next season, his final year of arbitration before he reaches free agency.

Harvey would be due to earn roughly six million dollars in salary arbitration, and at this point that looks mighty expensive for a guy who has been one of the worst pitchers in baseball over the past two seasons. That creates a dilemma for the Mets, who have already hinted at cutting payroll from this year. Six million dollars can go a long way towards adding a more useful player to the roster, but if Harvey recaptures his vintage form it will be a bargain for his services.

It’s a tough choice because the Mets have had awful luck with player retention over the past few years. It feels like if the Mets keep Harvey, he will continue to struggle and be a waste of six million dollars. The risk of letting Harvey go, however, is that he recaptures his 2013 form elsewhere and the Mets look like idiots for letting a player go too early again. So far it seems as if the Mets are leaning towards taking the risk with Harvey next season, but its fair to wonder if a few more clunkers could change their minds.