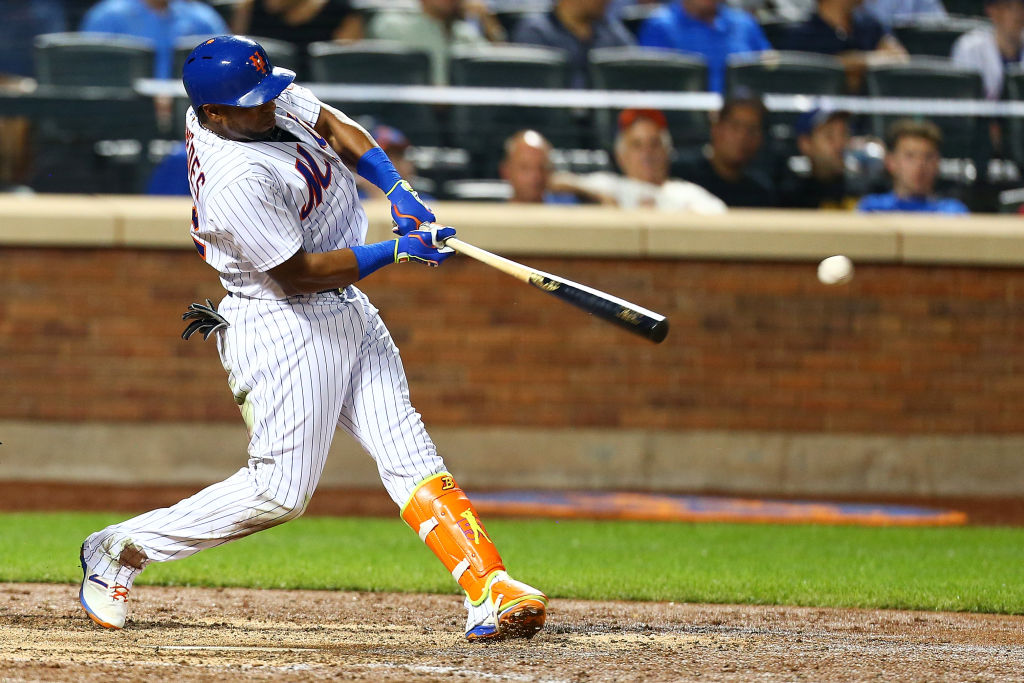 While the New York Mets are still unsure of what they’ll get from Michael Conforto next season, they can have a reasonable expectation of health from Yoenis Cespedes. Cespedes, who has missed extended time this season with two separate hamstring injuries, has vowed to change his training regimen to avoid leg issues going forward. The Mets’ star outfielder has been plagued by leg issues for the past two seasons, when he has shown up to camp with muscles as thick as tree trunks, and they have predictably given out over the course of a long season. Cespedes is aware of the flaws in his routine and is now focusing on more running this winter, Mike Puma of the New York Post reports.

NEW YORK, NEW YORK – AUGUST 21: Yoenis Cespedes #52 of the New York Mets singles to center in the sixth inning against the Arizona Diamondbacks at Citi Field on August 21, 2017 in the Flushing neighborhood of the Queens borough of New York City. (Photo by Mike Stobe/Getty Images)

In a chat with reporters yesterday, Cespedes noted that he spent a lot of time lifting to build muscle over the winter but didn’t dedicate enough time to running to build resistance. That routine led to Cespedes feeling strong at the beginning of the season, but he began noticing that his muscles weren’t capable of lasting for the whole season. This does fit with the story of the past two years for Cespedes, who has come out of the gate strong only to be derailed by injuries rather quickly. It’s good that Cespedes has recognized the flaw in his approach and is working on correcting it going forward.

Cespedes is currently in communication with Mike Barwis, the Mets’ strength and conditioning chief who has drawn massive criticism from the fans for his unorthodox training methods. Mets’ General Manager Sandy Alderson has indicated Barwis will be back next year, noting that he is a key part of the team’s training staff, and Cespedes also backed Barwis to reporters. Cespedes raved about how smart Barwis is and how important it is for him to spend time with Barwis to develop the proper training routine to get ready for next season.

This season’s rash of injuries has also led Cespedes to reach out to shortstop Amed Rosario, the Mets’ talented young shortstop who many believe can be a five tool player. Cespedes has advised Rosario not to focus on adding too much muscle in order to develop his power, warning him that getting too thick will result in Rosario being unable to stay at shortstop. That is wise advice from Cespedes, but the Mets probably wish he had heeded it a year earlier himself.