Michael Conforto Will Need Six Months Of Recovery After Surgery 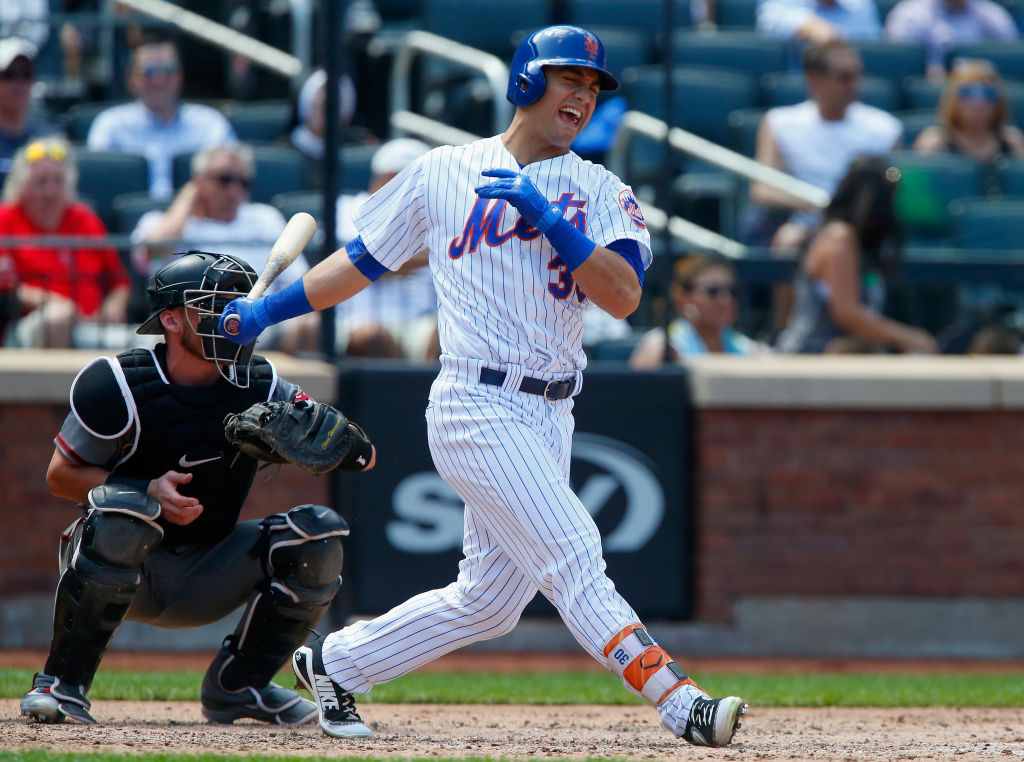 Michael Conforto Will Need Six Months Of Recovery After Surgery

For the past month or so, there has been a dark cloud looming over the New York Mets’ future in the form of Michael Conforto’s shoulder injury. Conforto suffered a gruesome injury on August 24th, when he dislocated his shoulder and tore a capsule in it by simply swinging a bat. The nature of the injury obviously shelved Conforto for the season and had him ticketed for surgery, leading to concern that he wouldn’t be the same ever again. Conforto had the surgery recently and discussed his progress with the media yesterday. There is a lot of good news for once as Conforto should be ready to resume baseball activities in six months, Abbey Mastracco of NJ.com reports.

NEW YORK, NY – AUGUST 24: Michael Conforto #30 of the New York Mets reacts after suffering an injury during his swing of an at-bat during the fifth inning against the Arizona Diamondbacks at Citi Field on August 24, 2017 in the Flushing neighborhood of the Queens borough of New York City. (Photo by Jim McIsaac/Getty Images)

In his chat with reporters yesterday, Conforto said the surgery went very well. Doctors have told Conforto that his shoulder will make a complete recovery and that it won’t dislocate again since the procedure stabilized his shoulder joint. The six month timetable means that Conforto should be cleared to start baseball activities in March, which means that there is a decent chance he won’t be ready to go on Opening Day. The season starts earlier this year on March 29th, and there is no reason to rush Conforto for Opening Day if he isn’t ready. This is ultimately good news for the Mets, but they still have to prepare for the possibility of Conforto starting his season several weeks late. The Mets can now likely assume Conforto will be a key player for them for most of the season, but they need to get insurance in case he takes longer to rehab than originally anticipated. That is a problem for another day, however, as Mets’ fans can celebrate today that it looks like Conforto should be back at full strength at some point in 2018.