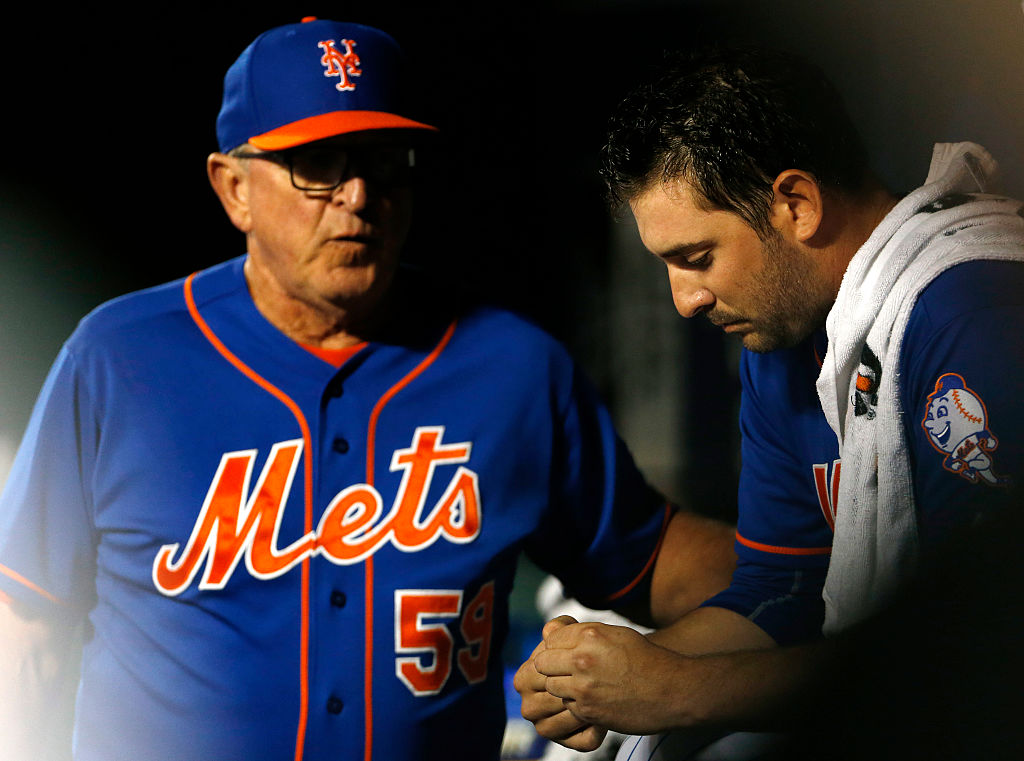 The New York Mets were supposed to be a 90 win team this season, so when they lost 90 there was a general sense that heads would roll. Manager Terry Collins resigned after the conclusion of the season, accepting a front office role to remain in the organization while the team looks for a new skipper. The fates of the rest of Collins’ staff is coming into focus as General Manager Sandy Alderson held a conference call with the media this morning. Pitching coach Dan Warthen and head trainer Ray Ramirez will not be back in 2018, Anthony DiComo of MLB.com reports, while several other coaches will be given permission to seek new opportunities.

The dismissal of Ramirez will be welcome news for Mets’ fans, who have been calling for his firing for years. Alderson addressed the decision to let Ramirez go by stating that the Mets are reorganizing their medical department. Ramirez will be the only change to the training staff after the Mets previously announced that controversial strength and conditioning coach Mike Barwis would return. Alderson defended Barwis again today, noting that his role with the Mets is often misconceived and that Barwis is an “asset” to the organization.

As far as the coaching staff goes, the decision to let Warthen go will likely be unpopular with the Mets’ young pitchers. Warthen, who has had the post of pitching coach since 2008, has played a big role in the development of pitchers Noah Syndergaard, Jacob deGrom, and Matt Harvey. The Mets still value Warthen and have offered him another role in the organization, but they appear to simply want a new voice coaching their pitchers after the staff had a rough 2017 season.

The Mets also announced the fate of the rest of the staff, including Collins’ new role. Collins will serve as a special assistant to Alderson, Mike Puma of the New York Post reports, with a focus on player development. This is a return to Collins’ original specialty with the Mets as he was their minor league coordinator prior to being named manager in 2011. Hitting coach Kevin Long, assistant hitting coach Pat Roessler, and third base coach Glenn Sherlock will all be retained in 2018. Long, who the Mets are high on, will also get an opportunity to interview for the manager’s job. The fates of bench coach Dick Scott, first base coach Tom Goodwin, and bullpen coach Ricky Bones are a bit unclear. The Mets have given all three permission to interview with other organizations, with Scott most likely to depart from that trio since the new manager will be given some latitude to build his coaching staff.