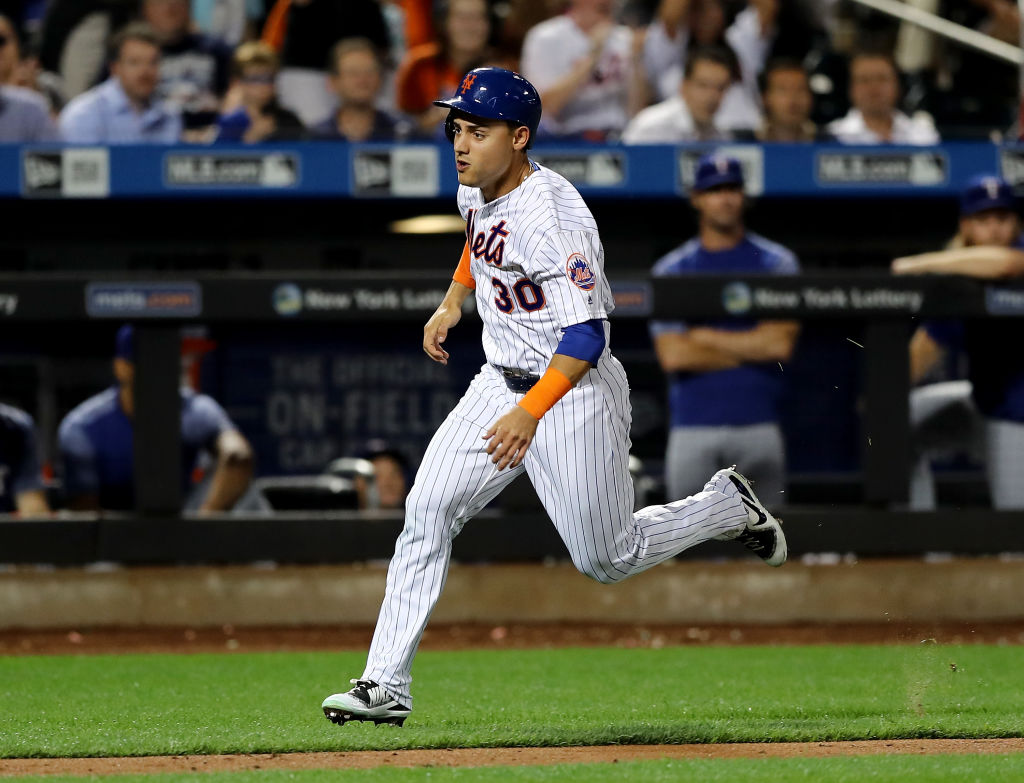 The New York Mets’ 2017 season was a major disappointment, as World Series dreams turned into the franchise’s first 90 loss campaign in eight years. Injuries and poor performance played a significant role in this disappointment, but not everyone was responsible for the Mets’ bad year. The Mets did get some notably strong performances this year from Jacob deGrom (who set career highs in wins, innings pitched, and strikeouts) and Michael Conforto, who made his first All Star team. It was a close call, but the choice for 2017 Mets’ MVP goes to Conforto.

NEW YORK, NY – AUGUST 08: Michael Conforto #30 of the New York Mets scores on a double from teammate Asdrubal Cabrera in the seventh inning during interleague play on August 8, 2017 at Citi Field in the Flushing neighborhood of the Queens borough of New York City. (Photo by Elsa/Getty Images)

Conforto was the Mets’ most consistent hitter this season, batting .279 with 27 homers and 68 RBI’s while posting a .939 OPS. This was a completely unexpected turn of events from a player who wouldn’t have made the Mets’ Opening Day roster if it weren’t for an injury to Juan Lagares in the final week of spring training. Conforto made the most of his limited opportunities early and seized his chance for every day playing time once Yoenis Cespedes went down with a hamstring injury. The Mets moved Conforto all over the outfield and batting order, and he responded to every request with a strong performance.

Things were looking great for Conforto until August 24th, when he dislocated his shoulder and suffered a capsule tear simply by swinging a bat. The injury knocked out Conforto for the rest of the season, and the Mets went 15-21 in the final 36 games they played without him. Conforto’s surgery was successful and he should be fine going forward, but there is still a strong possibility he misses the start of next season. That is a concern for another day, however, as Conforto’s 2017 team MVP award was well earned.