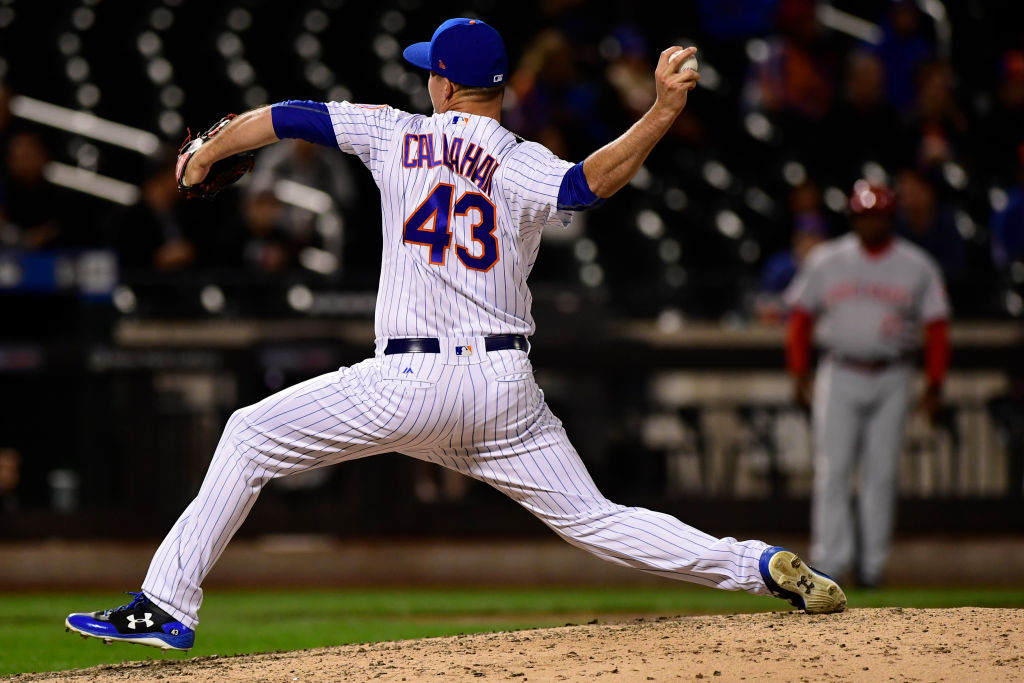 Now that the 2017 season is over for the New York Mets, we have been looking back at the year that was. After taking a more general view of the offense, pitching, and coaching staff, it’s time to take a look back at the Mets’ players. This series will take a look at every player on the active roster for the Mets at the end of season from A (Nori Aoki) to W (David Wright). The review will look at their season statistics, stories, and what role (if any) they will have next season. We continue our series today with a look at relief pitcher Jamie Callahan.

NEW YORK, NY – SEPTEMBER 09: Jamie Callahan #43 of the New York Mets closes against the Cincinnati Reds during the ninth inning at Citi Field on September 9, 2017 in the Flushing neighborhood of the Queens borough of New York City. The Mets won 6-1. (Photo by Corey Perrine/Getty Images)

Story: Jamie Callahan began the year as a pitching prospect in the Boston Red Sox’ system, starting the season in AA Portland. After a strong start with the Sea Dogs, Boston moved Callahan up to Triple-A Pawtucket, where he worked to try and earn a big league promotion. Callahan’s efforts caught the attention of Mets’ General Manager Sandy Alderson, who acquired him and two other pitching prospects from the Red Sox in a trade for Addison Reed. The Mets assigned Callahan to Triple-A Las Vegas after the trade, and he pitched to a 1.80 ERA in nine appearances before getting the call to the majors once rosters expanded in September. Callahan struggled initially, giving up two runs in two of his first four appearances, but finished the year strong. Over his final five appearances of 2017, Callahan tossed 3.1 scoreless innings and struck out three batters without issuing a walk.

Callahan dealt with his fair share of rookie struggles, but he did show some promise and a live arm in his brief September audition. The Mets have high hopes for Callahan’s future, and this was a decent start to his big league career.

Callahan will have a chance to compete for a bullpen spot in spring training, but the more likely scenario is that he begins the year in Triple-A Las Vegas. There is plenty of turnover in big league bullpens, however, so Callahan will likely get a shot at some point next season if he pitches well in the minors.

Check back on Tuesday when our Player Review Series continues with a look at second baseman Gavin Cecchini!