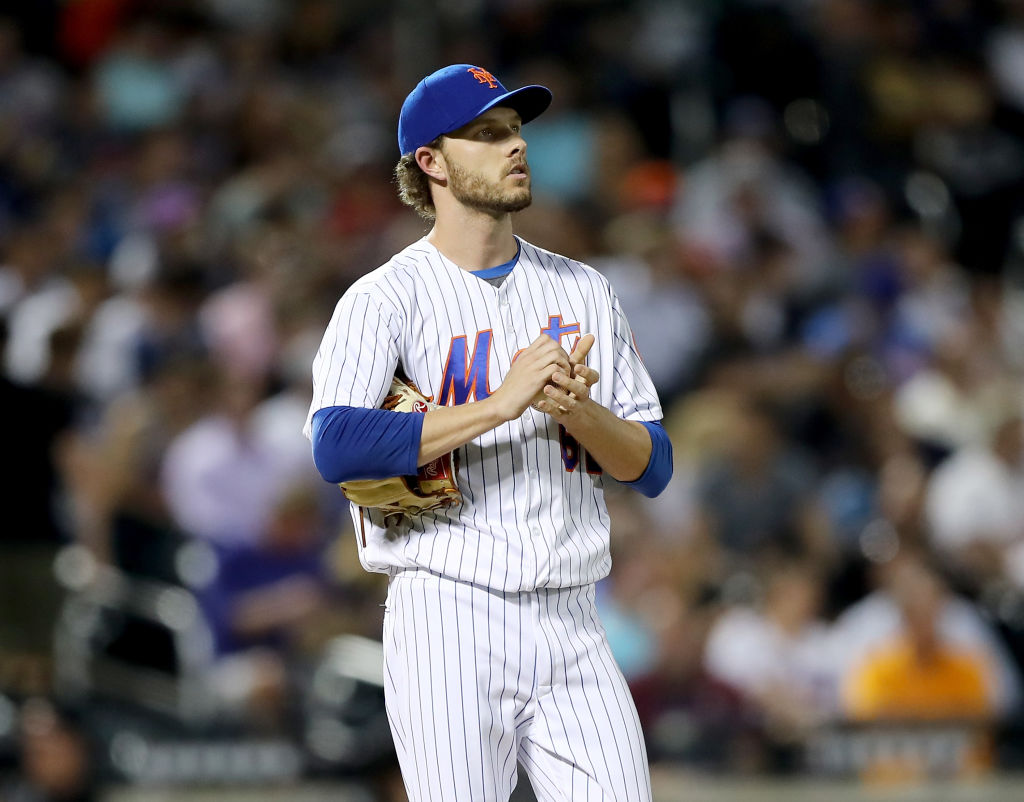 Now that the 2017 season is over for the New York Mets, we have been looking back at the year that was. After taking a more general view of the offense, pitching, and coaching staff, it’s time to take a look back at the Mets’ players. This series will take a look at every player on the active roster for the Mets at the end of season from A (Nori Aoki) to W (David Wright). The review will look at their season statistics, stories, and what role (if any) they will have next season. We continue our series today with a look at relief pitcher Erik Goeddel.

NEW YORK, NY – AUGUST 08: Erik Goeddel #62 of the New York Mets reacts in the sixth inning against the Texas Rangers during interleague play on August 8, 2017 at Citi Field in the Flushing neighborhood of the Queens borough of New York City. (Photo by Elsa/Getty Images)

Story: After a rough 2016, the New York Mets opted to leave Erik Goeddel in the minor leagues to start the season. Goeddel didn’t exactly light the world on fire for Triple-A Las Vegas, pitching to a 6.67 ERA in 25 appearances, but with nothing working at the big league level the Mets gave him another shot. The Mets promoted Goeddel in late June and he struggled through July, pitching to a 5.59 ERA in 11 appearances this month. Goeddel pitched better in August, working to a 4.26 ERA in 14 appearances, but the wheels came off in September. Goeddel got hit hard, giving up five runs in 3.2 innings pitched, and only pitched in five games due to lingering dizziness symptoms.

Goeddel dealt with more injury problems and wasn’t very effective when he did pitch. A decent performance in August saves Goeddel’s grade from an F.

The Mets outrighted Goeddel off of the 40 man roster earlier this week, making him a minor league free agent. Goeddel will likely move on and look to resurrect his career elsewhere, but the possibility exists that the Mets bring him back on a minor league deal.

Check back tomorrow as our Player Review Series continues with a look at starting pitcher Robert Gsellman!