Report: Asdrubal Cabrera Wants To Come Back To New York Mets in 2018 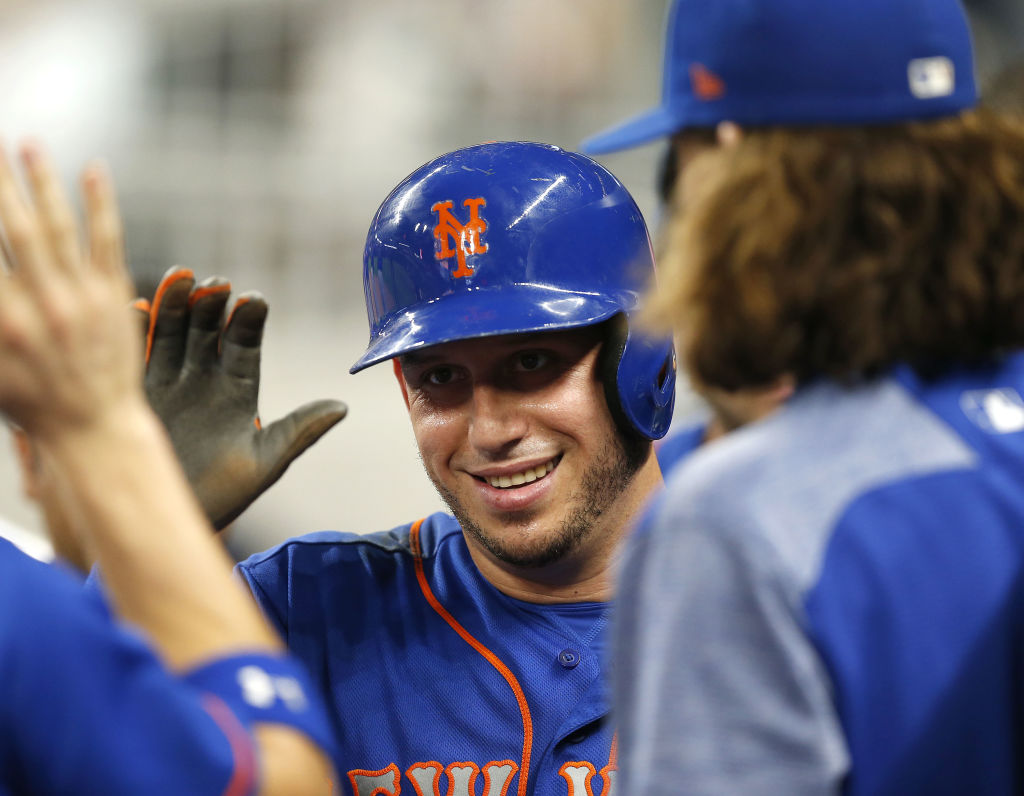 Report: Asdrubal Cabrera Wants To Come Back To New York Mets in 2018

With Jerry Blevins back in the fold, the New York Mets have one more option decision left to make. Infielder Asdrubal Cabrera is eligible for free agency, but the Mets do hold an $8.5 million option for 2018. That decision needs to be made within five days of the conclusion of the World Series, and if the Mets decline the option they would pay Cabrera a $2 million buyout. Cabrera, who at one point this season demanded a trade after being moved off shortstop, has now accepted he is no longer a fit there and hopes to stay in New York next season, Kristie Ackert of the New York Daily News reports.

ATLANTA, GA – SEPTEMBER 15: Third baseman Asdrubal Cabrera #13 of the New York Mets is congratulated in the dugout after scoring in the fourth inning during the game against Atlanta Braves at SunTrust Park on September 15, 2017 in Atlanta, Georgia. (Photo by Mike Zarrilli/Getty Images)

According to his agent, Scott Pucino, “Asdrubal likes New York, he’s accepted playing third base, he likes the team. He wants to be back next year.” The Mets have been leaning towards picking up Cabrera’s option, but the fact that they haven’t done so yet indicates there is at least some debate on the subject. Bringing Cabrera back would make a lot of sense for the Mets, especially with so little certainty in their everyday lineup after a mid-season purge of veterans. The Mets could deploy Cabrera at second or third, positions where they don’t have a clear starter, especially given the uncertainty surrounding David Wright’s future. Wright is hoping to come back from another back surgery next season, but Cabrera can play the position if Wright misses more time, freeing up money for the Mets to spend elsewhere.