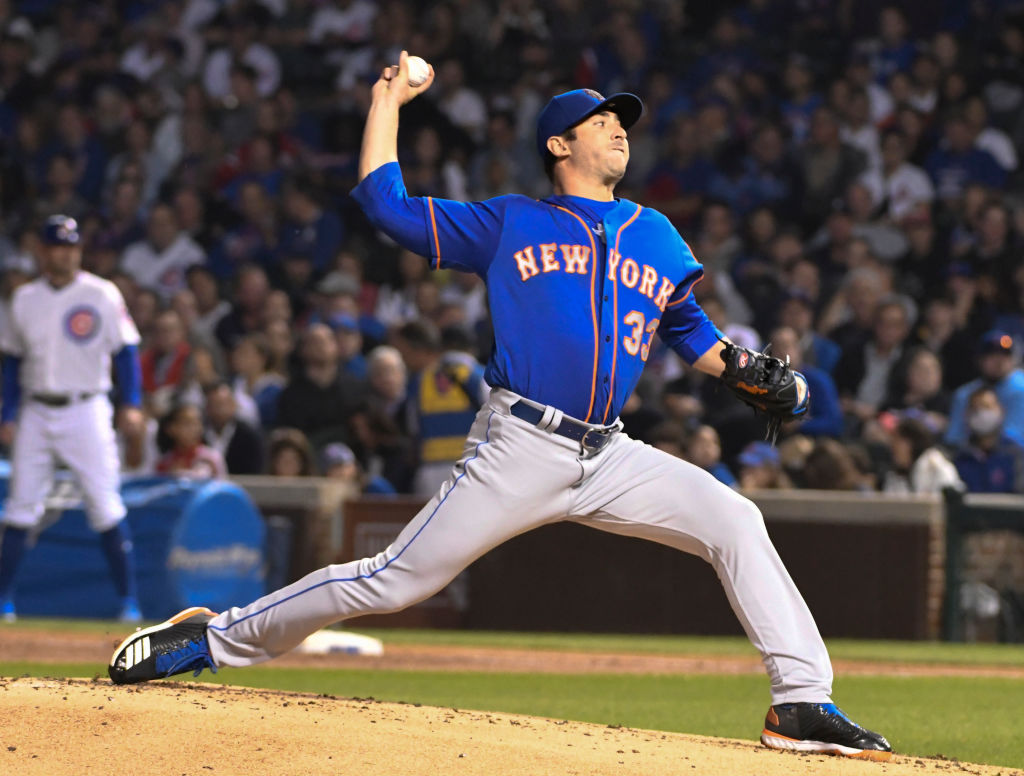 Now that the 2017 season is over for the New York Mets, we have been looking back at the year that was. After taking a more general view of the offense, pitching, and coaching staff, it’s time to take a look back at the Mets’ players. This series will take a look at every player on the active roster for the Mets at the end of season from A (Nori Aoki) to W (David Wright). The review will look at their season statistics, stories, and what role (if any) they will have next season. We continue our series today with a look at starting pitcher Matt Harvey.

CHICAGO, IL – SEPTEMBER 13: Matt Harvey #33 of the New York Mets pitches against the Chicago Cubs during the first inning on September 13, 2017 at Wrigley Field in Chicago, Illinois. (Photo by David Banks/Getty Images)

Story: The Mets were hopeful that off-season surgery to address Thoracic Outlet Syndrome would help Matt Harvey recapture his old form. Harvey, who suffered through a lost 2016, looked sharp in spring training and got off to a quick start by going 2-0 with a 2.84 ERA in his first four starts. The underlying statistics indicated that Harvey was pitching over his head, and he got beaten up over his next three starts. Harvey struggled to duplicate his release point and maintain his mechanics throughout the season, which led to inconsistent results. After a rough start against the Chicago Cubs on June 14th, Harvey was placed on the disabled list with a stress reaction in his pitching shoulder. The injury knocked Harvey out until September, but things didn’t get better once he returned. Harvey was dreadful in September, going 1-4 with an 11.28 ERA in six appearances (five starts) to make his future even more of an open question.

Harvey was dreadful again in 2017, marking two consecutive seasons that the Mets’ former ace has looked like a shell of himself. Given the litany of injuries Harvey has dealt with over the past two years it’s easy to wonder if the Mets have seen the best of him already.

Even though non-tendering Harvey would make a lot of sense, the Mets aren’t planning on going that route. The Mets are willing to spend the roughly $7 million it will take to keep Harvey for one more year, hoping that he will recapture his old form in his walk year. New manager Mickey Callaway could certainly help provide some outside perspective for Harvey, who has clearly been frustrated at how far he has fallen in the last two years. The best case scenario for both sides is that Harvey pitches well enough to help the Mets win and rebuild his free agent value, so they both need each other for at least one more year.

Check back soon as our Player Review Series continues with a look at outfielder Juan Lagares!