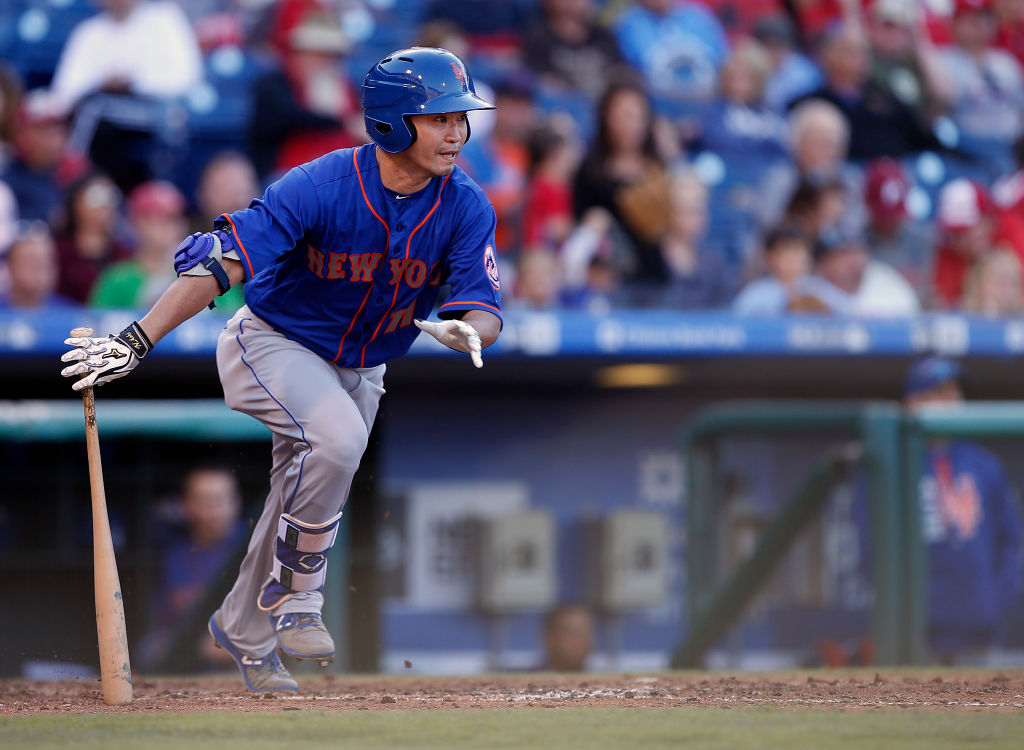 The New York Mets cleared another 40 man roster spot this afternoon by releasing veteran outfielder Nori Aoki, the team announced on its Twitter account. Aoki, who signed with the Mets in September, batted .284 with eight RBI’s in 27 games for the Mets. The move was likely due to financial reasons since Aoki was eligible for salary arbitration in 2018. After earning $5.5 million in 2017, Aoki was due for a raise, putting him in line to earn close to $7 million in 2018. The Mets evidently didn’t feel that Aoki was worth that kind of investment as a bench player, opting instead to release him and save the 40 man roster spot. There is always the possibility that the Mets could look to sign Aoki later in the offseason at a cheaper rate, but the odds are that they will look for backup outfielders elsewhere.

PHILADELPHIA, PA – OCTOBER 01: Norichika Aoki #11 of the New York Mets hits a single against the Philadelphia Phillies during the fifth inning of a game at Citizens Bank Park on October 1, 2017 in Philadelphia, Pennsylvania. (Photo by Rich Schultz/Getty Images)