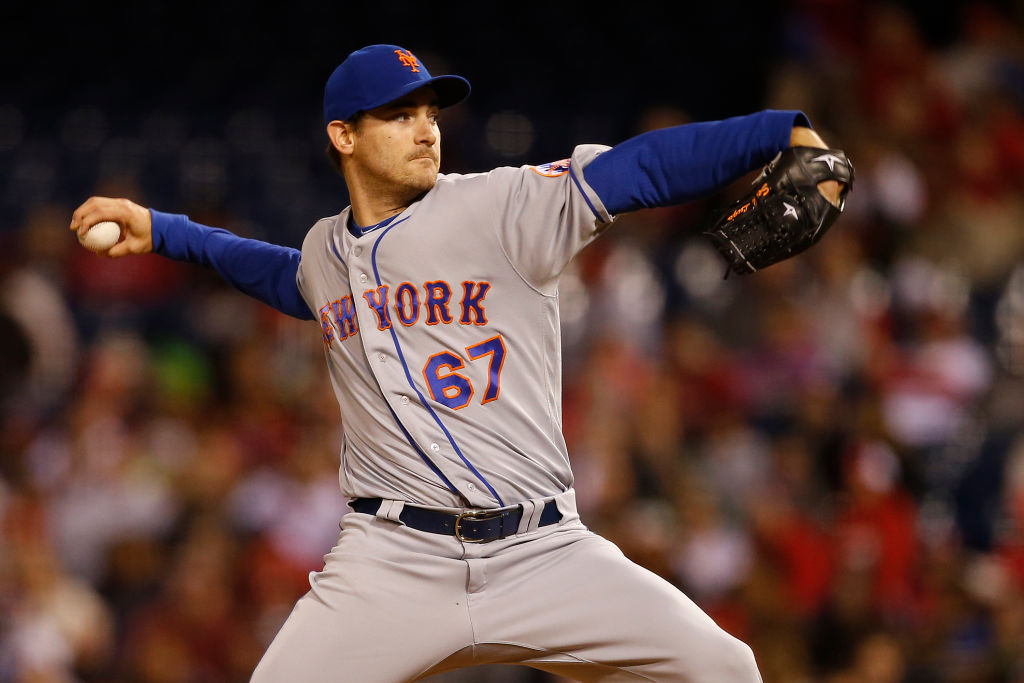 Now that the 2017 season is over for the New York Mets, we have been looking back at the year that was. After taking a more general view of the offense, pitching, and coaching staff, it’s time to take a look back at the Mets’ players. This series will take a look at every player on the active roster for the Mets at the end of season from A (Nori Aoki) to W (David Wright). The review will look at their season statistics, stories, and what role (if any) they will have next season. We continue our series today with a look at starting pitcher Seth Lugo.

PHILADELPHIA, PA – SEPTEMBER 30: Pitcher Seth Lugo #67 of the New York Mets delivers a pitch against the Philadelphia Phillies during the second inning of a game at Citizens Bank Park on September 30, 2017 in Philadelphia, Pennsylvania. (Photo by Rich Schultz/Getty Images)

Story: After emerging as a solid starter at the end of 2016, Seth Lugo looked poised for a breakout. After dominating as the ace of Team Puerto Rico in the World Baseball Classic, a spot in the Mets’ Opening Day rotation appeared to be a sure thing for Lugo. Lugo’s first start back from the WBC was rough, and after things didn’t improve the Mets sent him for an elbow exam. That test revealed a partial tear of the ulnar collateral ligament for Lugo, meaning there was a strong likelihood of Tommy John surgery. Lugo went for a second opinion and was given the option to rest and rehab the elbow, which he chose to do in hopes of avoiding the knife. That plan, despite a few hiccups along the way, worked and Lugo found himself back in the Mets’ rotation in mid-June.

After starting out well, going 3-1 with a 3.55 ERA in his first four starts, Lugo hit a major bump in the road. Lugo’s peripheral stats from 2016 suggested he was a bit lucky, and those stats normalized in July and August, where Lugo went 2-2 with a 5.55 ERA in eight starts and a relief appearance. Lugo also landed back on the disabled list in mid-August with an elbow issue, but he only needed the minimum ten day stay before returning to the rotation. Things stabilized a bit for Lugo after that as he went 2-2 with a 4.34 ERA in six starts in September, allowing him to finish the year on a slightly positive note.

Lugo was very lucky in 2016, pitching to a 2.67 ERA where his FIP (Fielder Independent Pitching) ratio was 4.33. That was the opposite in 2017, where Lugo’s actual ERA of 4.71 was higher than his FIP of 3.95. The true Lugo probably lies somewhere in between those extremes, but he was an average pitcher for the Mets when he was healthy this season.

The Mets need as many quality arms as they can get in 2018, and Lugo figures to be a significant part of their plans. New manager Mickey Callaway should work wonders with Lugo, whose curveball has one of the highest spin rates in the major leagues. Callaway has emphasized the curve with his former pupils in Cleveland, and they utilized it to remarkable success, so the Mets have to hope some of that magic rubs off on Lugo.

The tricky part for the Mets is figuring out how to utilize Lugo. The Mets used Lugo as a starter for most of last season due to the partial UCL tear, figuring that a set pitching routine would be better to help him avoid surgery. Lugo will likely fight for a rotation spot in spring training but he could be more valuable in the bullpen, where the Mets lack a reliever capable of going multiple innings on a given day. That position has become very important in the modern bullpen, and if Lugo could fill that role it would go a long way towards helping the Mets contend.

Check back tomorrow as our Player Review Series continues with a look at starting pitcher Steven Matz!