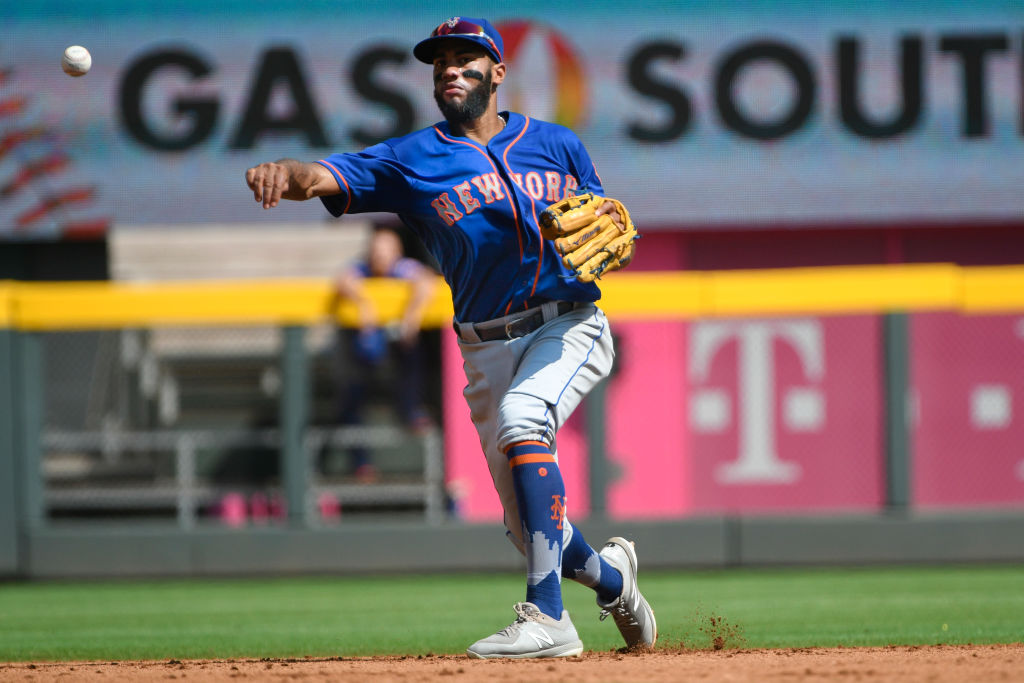 Now that the 2017 season is over for the New York Mets, we have been looking back at the year that was. After taking a more general view of the offense, pitching, and coaching staff, it’s time to take a look back at the Mets’ players. This series will take a look at every player on the active roster for the Mets at the end of season from A (Nori Aoki) to W (David Wright). The review will look at their season statistics, stories, and what role (if any) they will have next season. We continue our series today with a look at shortstop Amed Rosario.

ATLANTA, GA – SEPTEMBER 17: Amed Rosario #1 of the New York Mets throws out Ender Inciarte of the Atlanta Braves at first base in the seventh inning at SunTrust Park on September 17, 2017 in Atlanta, Georgia. (Photo by John Amis/Getty Images)

Story: No prospect in the Mets’ farm system entered spring training with as much hype as shortstop Amed Rosario. Rosario started the year with Triple-A Las Vegas, where he tore the cover off the ball, and the Mets’ struggles as a team led fans to clamor for his big league debut. The Mets stubbornly waited until their season was a lost cause to promote Rosario to the big leagues on August 1st in an effort to prevent him from being viewed as a potential savior. Rosario started for the final two months of the season and showed flashes of his potential, making spectacular defensive plays and piling up 12 extra base hits in 165 at bats. Perhaps the most surprising tool Rosario showcased was his speed, which was not hyped in the minor leagues. Rosario immediately became the fastest player on the Mets and was able to generate triples and stolen bases throughout the final two months of 2017.

Rosario’s plate discipline still leaves a lot to be desired, but he clearly wasn’t overwhelmed by the jump to the majors. The Mets have to be thrilled that Rosario immediately showed signs of the five tool talent that could make him a future star.

Rosario is as close to untouchable as any player on the Mets, who view him as a cornerstone for the future. The plan is for Rosario to be the starting shortstop next season, and while there will be some growing pains he should be able to handle himself at this level. The Mets will have to work with Rosario on his knowledge of the strike zone to boost his on base percentage, and if they can do that he will be a solid leadoff hitter in time.