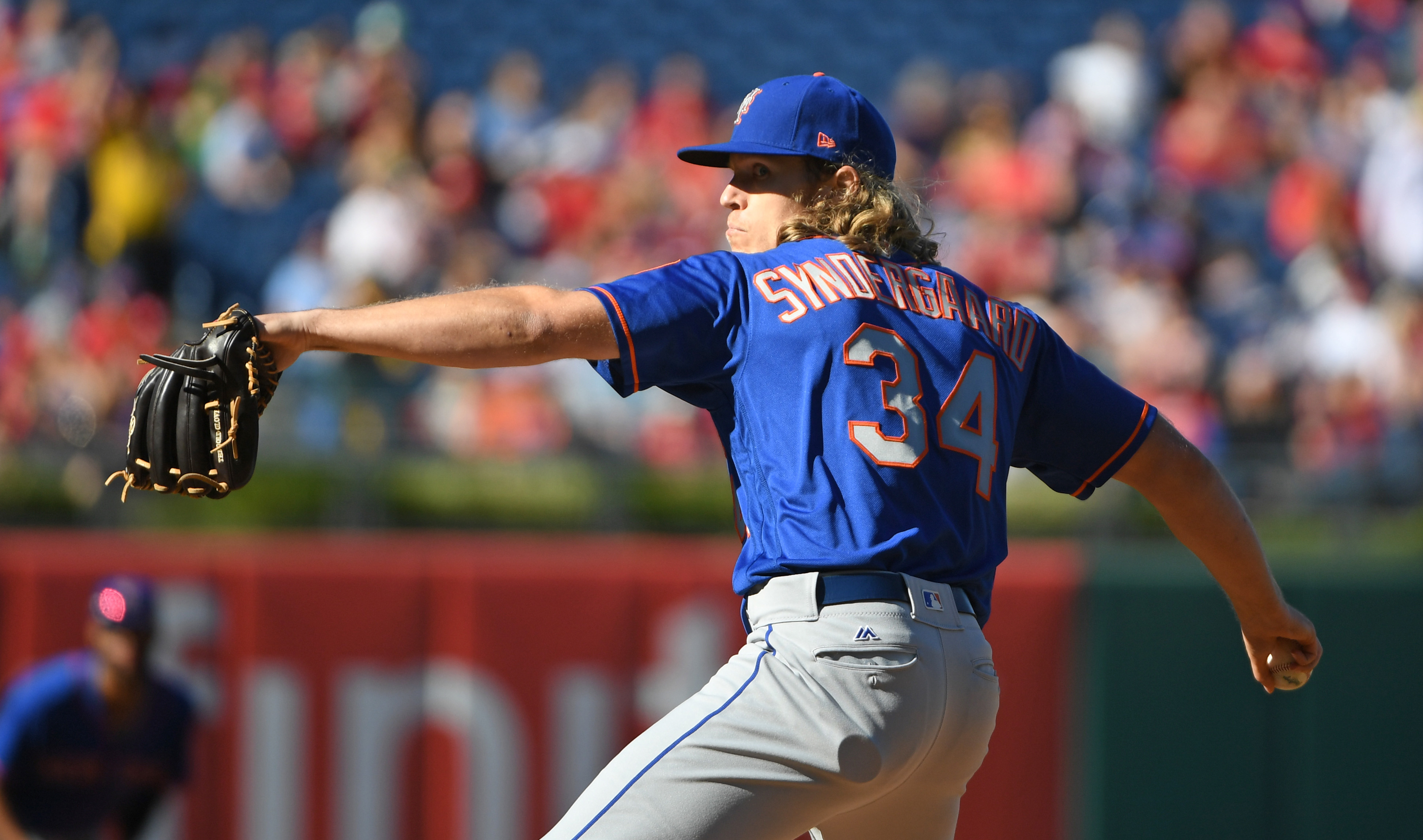 Now that the disaster that was 2017 is behind them, the New York Mets will look to move forward to more success in 2018. One common New Year’s activity is making resolutions to improve yourself for the new year even though most of those won’t get followed for too long. With that in mind, let’s look at some resolutions that key members of the Mets should follow if they hope to get back to the playoffs in 2018.

The Mets have drawn heavy criticism in recent weeks for their decision to slash payroll after a 92 loss season. That decision lies at the feet of owner Fred Wilpon, who has given the front office a fuzzy estimate of how much they can spend for a few years now. Mets’ fans have started to grow tired of this act, especially as Wilpon’s real estate company dumped hundreds of millions of dollars into an arena project for the New York Islanders at Belmont. This has all gone on while General Manager Sandy Alderson has had to backtrack on his acquisition goals, shopping in the fruit and nuts section to try and fill the many holes on his roster with stop gaps and lottery tickets. Wilpon can take the heat off of himself by giving Alderson the authority to improve the roster however he sees fit. If any member of the front office was in attendance at the Winter Classic yesterday, they would have seen how much Citi Field can rock if the fans are given an exciting product to root for. If Wilpon doesn’t resolve to spend more money to improve his club, yesterday will probably be the loudest Citi Field gets in 2018.

Sandy Alderson: Check The Humor At The Door

It’s fair to admit that Alderson doesn’t have the easiest job in the world. Alderson has been tasked with putting together a championship contender while reducing his payroll by about 15%, so that can be fairly stressful. One way of dealing with stress is through humor, and Alderson tends to crack jokes at press conferences. Alderson’s sense of humor is atrocious, however, and he tends to infuriate Mets’ fans by joking about reasons why he chose not to improve the ball club a specific way. This has been a recurring theme over the years, and Mets’ fans weren’t happy when Alderson quipped that the team didn’t go after Giancarlo Stanton since they had Brandon Nimmo playing right field. It’s simply not funny, Sandy. Save the jokes for the water cooler and just be level with the fans.

Mickey Callaway: Do What You Do Best

New manager Mickey Callaway comes to town with a sterling reputation as a pitching whisperer, and the Mets have tasked him with rebuilding their talented staff after a brutal 2017 season. Callaway has a proven track record of success with the Indians, and if he follows his game plan he might be able to help quite a few of the Mets’ hurlers. The big challenge with being a first time manager is that the front office will want to meddle in how you prepare the team, and the Mets are notorious meddlers. Callaway should definitely listen to any input or data the front office gives him but not be afraid to do what he wants.

Noah Syndergaard: Lay Off the Weights

One of the Mets’ biggest losses to injury last season was Noah Syndergaard, who missed almost the entire season due to a partial lat tear. A contributing factor to the injury was all the extra muscle Syndergaard put on last winter, which noted pitching expert Tom House predicted would lead to increased injury risk since it was “untrained muscle.” Syndergaard has admitted that he got too bulky last winter and is focusing on becoming more flexible like fellow hurler Jacob deGrom, who has been one of the few Mets’ pitchers to stay healthy consistently. Following through on that promise and avoiding the temptation to bulk up will be important for Syndergaard.

Matt Harvey: Stop Trying To Be The Dark Knight

There may not be a quicker rise and fall for a New York athlete than Matt Harvey, who went from the top of the world to a potential non-tender candidate over the course of two years. While injuries have played a role in Harvey’s decline, he hasn’t helped the cause by being too distracted by off the field concerns. This led to a suspension last season when Harvey failed to report to the ballpark after a night of partying. With only one year left on his contract, Harvey needs to fully abandon the larger than life part of himself for now and simply focus on resurrecting his career. Callaway and new pitching coach Dave Eiland have a lot of wisdom to offer Harvey and he should be open to any advice they give him.

Yoenis Cespedes has been the Mets’ best slugger since he arrived in 2015, but he has spent far too much time on the trainer’s table the past two years. Part of the issue has been the weight lifting regimen Cespedes designed with strength and conditioning guru Mike Barwis. That routine focused on bulk strength, allowing Cespedes to develop leg muscles that looked like tree trunks and helped boost his prodigious power. That power came at the cost of his flexibility, leading Cespedes to miss weeks at a time due to muscle pulls. Cespedes has admitted he was not in the right shape this season, and his resolution should be to follow through and avoid getting too bulky in order to try and stay on the field.

One of the most gruesome injuries a Met suffered last season happened in late August, when Michael Conforto dislocated his shoulder by simply swinging a bat. Conforto underwent successful surgery to repair his shoulder, and even though reports indicate he is ahead of schedule doubt remains that he will be ready for Opening Day. The Mets and Conforto have both indicated that he probably won’t be ready for Opening Day, which is reasonable considering the nature of his injury. Conforto should resist the urge to rush back for Opening Day and take his time to get back to 100% health. The Mets need Conforto back at full strength if they hope to win over the next few years, and having him rush back could negatively impact him for a while. Alderson can also help take pressure off Conforto to rush back by acquiring a veteran outfielder to help hold the fort while Conforto rehabs.

David Wright: Pick Up A First Base Mitt

The Mets have been navigating an awkward situation for a few years now as they try to manage David Wright’s degenerating back condition. Wright doesn’t want to retire, which is his prerogative, but it has left the Mets struggling at third base for a few years now. The Mets used Jose Reyes there a lot last season and have plans to use Asdrubal Cabrera there now, but Wright could make things easier on the team by volunteering to move to first base. First should be easier on his back than third, and Wright would also allow the Mets to acquire a legitimate third baseman like Mike Moustakas or Todd Frazier without any issues. There is also a natural fit for Wright at first as he can form a platoon with Dominic Smith, playing against lefties and occasional righties. This would allow the Mets to give Wright the rest he needs without having to shift multiple players across the field, which can allow the rest of the team to settle into a more regular routine. This is all contingent on Wright actually being able to take the field, which he hasn’t done since May of 2016, but it would be easier on everyone if Wright admits that his third base days are over.