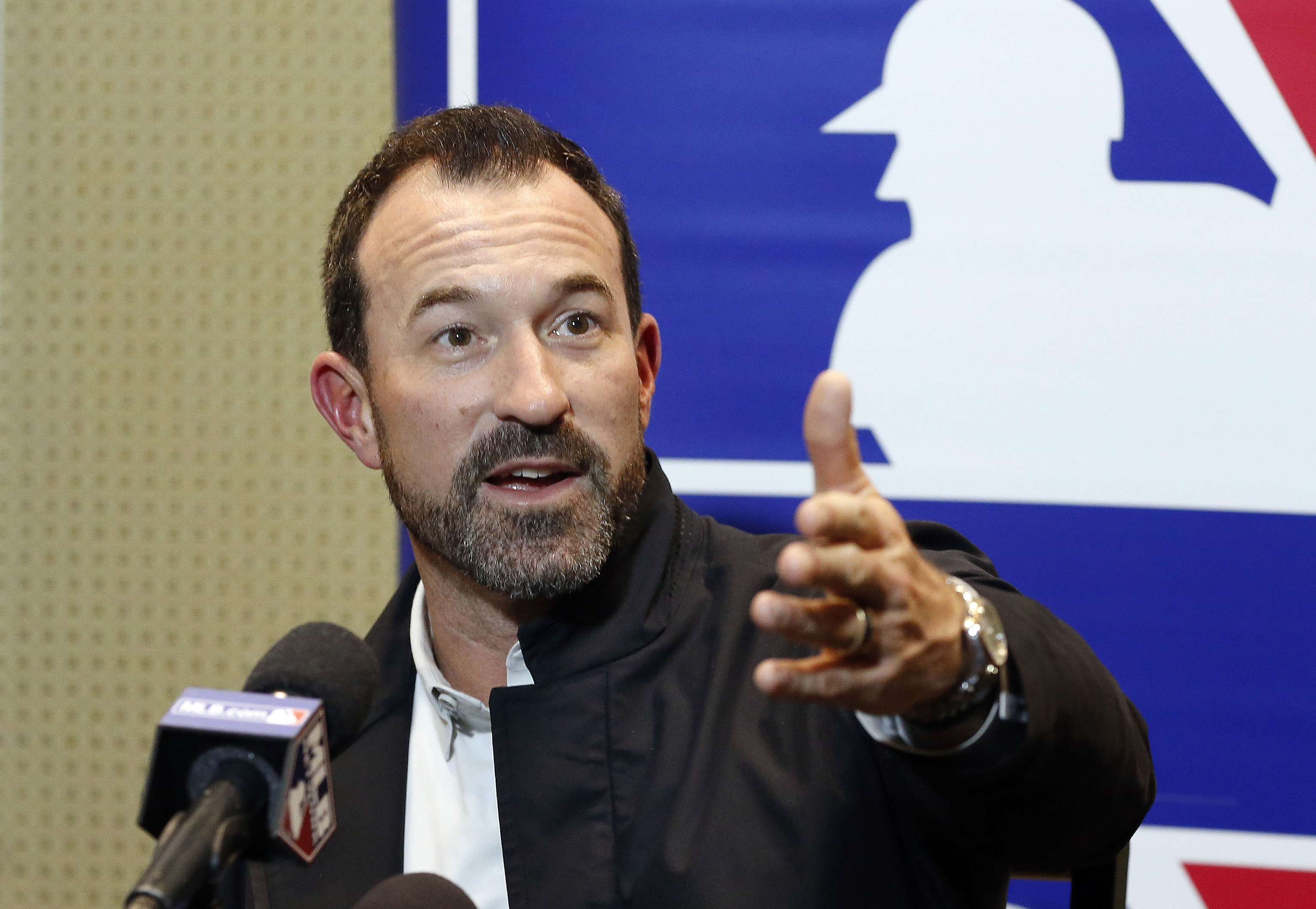 The 2018 season is one step closer to beginning. Pitchers and catchers reported to spring training today for the New York Mets, and the position players are due to report by the end of the week. Before long, we are in store for just over a month of exhibition games before the Mets open the 2018 season. Spring training will be key for new manager Mickey Callaway to set expectations and get his players to buy into the program. Here are some story lines to keep an eye on as camp progresses:

The Callaway Method: After seven years under old school manager Terry Collins, the Mets are taking a step into the new age of baseball with Callaway. Callaway is a believer in advanced statistics and analytics, which should help him take better advantage of the talent on his roster by putting them in positions to succeed. The players have seemed receptive to Callaway’s ideas so far, and the fans and media should learn more about his thinking as spring progresses.

Pitching Health: Callaway and new pitching coach Dave Eiland have been given a very important task: keeping their talented starting pitchers healthy. The Mets’ rotation was destroyed by injuries this year, with roughly 60% of their starts being taken by Robert Gsellman, Rafael Montero, Adam Wilk, Tyler Pill, Chris Flexen, and Tommy Milone. That type of ratio can’t happen again if the Mets hope to contend, so they need to find a way to keep their starters on the field and performing. Callaway and Eiland have had heavy input in each pitcher’s offseason prep work to ensure they are in the proper condition to stay healthy, but we will have to see if it helps guys like Steven Matz and Zack Wheeler stay on the field.

Matt Harvey’s Last Stand: The Mets have a lot of pitching questions, but perhaps none is bigger than whether or not Matt Harvey can return to form. Harvey has had two rough years in a row, with Thoracic Outlet Syndrome surgery in 2016 hindering him last season. The Mets reportedly explored trading Harvey over the winter but were talked down by Callaway, who wanted a chance to work with Harvey and try to help him recapture his vintage form. Harvey is in a contract year, so he will want to try anything to rebuild some of his value ahead of free agency. The Mets need Harvey to look like his old self if they hope to be serious contenders in 2018.

Juan Lagares’ New Swing: With Michael Conforto expected to be out until at least May, the Mets have a job opening in center field. That job will likely be filled by a platoon of Brandon Nimmo and Juan Lagares. Nimmo is pretty well defined at this point as a solid fourth outfielder with an excellent eye at the plate, but Lagares will be debuting a brand new swing. Lagares spent the winter working with swing coach Craig Wallenbrock in order to try and become a more valuable offensive player. Wallenbrock has a strong track record, helping both Dodgers’ outfielder Chris Taylor and free agent outfielder J.D. Martinez become more dynamic players by changing their launch angles to emphasize more fly balls. If Lagares can develop a bit more offensive punch through his work with Wallenbrock, the Mets will stand to benefit.

The First Base Competition: The Mets signed former All Star Adrian Gonzalez to a big league deal this winter to both mentor Dominic Smith and compete with him for the starting first base job. Gonzalez has the leg up due to his experience and Smith’s poor performance at the end of last season, but Smith will have a chance to outplay the veteran in camp. Smith has reportedly lost 30 pounds over the winter, a big deal since General Manager Sandy Alderson criticized Smith’s conditioning back in November. The Mets will probably let Gonzalez start most home games while Smith will take the bus rides for road games, giving them a fair opportunity to evaluate both players before they settle on a starter.