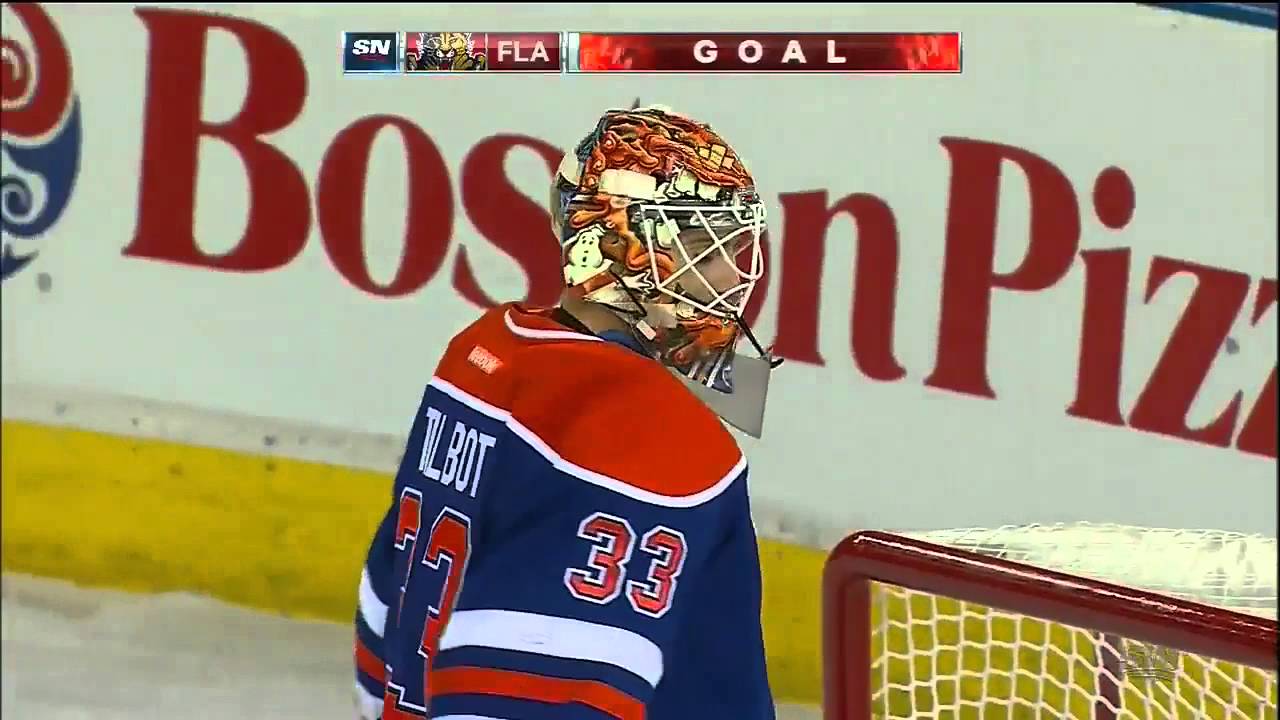 Another night, another crippling performance by the Edmonton Oilers’ special teams units. Tonight, it was the penalty kill group once again flushing two points down the drain at Rogers Place. On a night where the Florida Panthers had four power plays, the Oilers surrendered three goals while down a man, essentially giving the game away in that game state.

The offense was fine tonight, hell it was better than that, but it mattered not. Between Edmonton’s historically bad PK and Cam Talbot laying an egg, the Oilers dropped their fourth straight decision by a 7-5 score. The club has now surrendered 13 goals in the last two games, essentially ending any minuscule hope of a playoff spot.

Fittingly, however, tonight’s game seemed like 1980’s hockey with twelve goals scored, two penalty shots and a ton of chances at both ends. As the Oilers honored the 1984-85 club, the product on the ice seemed to turn back the clock as well. If nothing else, it was an entertaining night on the ice.

Connor McDavid, we are not worthy. Edmonton’s captain and the NHL’s best player added another two points tonight, scoring a nice goal late and adding an extremely hardworking assist on the club’s first goal. Despite Florida defenders being allowed to do whatever they wanted to him, McDavid had another strong performance. It’s amazing he may still win the Art Ross in this lost season.

Patrick Maroon had a hardworking night and scored the club’s first goal. He had a nice helper on McDavid’s goal and bounced back quite nicely after a tough trip through California. I thought he was one of the Oilers’ best forwards all night. Ditto for Anton Slepyshev, who scored for the second time in three games. Please, for the love of God, don’t trade this kid and give him a chance on a skilled line. This is a legit NHL winger.

Kris Russell set up a goal tonight, but didn’t have the best night defensively. He backed too far in on a Panthers goal, and I thought struggled with the puck on this evening. The effort was there, but there were far too many mistakes by Russell tonight. Ditto for Oscar Klefbom, who was guilty of committing the same mistake as Russell on the same goal against.

It’s been a mightily disappointing season for Klefbom, and tonight was no different. He may have been Edmonton’s worst defender on the ice. I’d seriously consider shutting him down and getting whatever is ailing him healed. He just isn’t helping this team right now.

Ryan Strome, getting a chance on McDavid’s wing tonight, was largely invisible. Bad start to this audition for a player whose future with the team is very much in doubt. Jesse Puljujarvi really struggled tonight too, taking a bad and lazy penalty while also overthinking a good chance in the second period. JP looks like he has lost almost all the confidence he built up earlier in the year.

Cam Talbot is having a season that reminds me of Devan Dubnyk’s final stand in Edmonton. Talbot has been downright bad this season, and his play is a big reason why the Oilers are where they are in the standings. Tonight was another bad night for the Edmonton starter, who surrendered six goals. I counted four that he should have had, and judging by his postgame comments he agrees with me.

It’s important to remember that Talbot is a good goaltender who is having a bad year. Odds are he will bounce back next season, but this is ugly right now. He didn’t give his team a chance to win tonight, even with ample run support.

Edmonton’s penalty kill was pathetic on this night. They surrendered three goals in four chances against and cost this team the game. Players look lost on the PK, and the team now has killed off a horrible 54% of penalties at home. The PK has been an issue since Todd McLellan and his staff took over, and this season it has hit a new low. Something has to give here.

The officiating tonight was bad. No, it was horrible. The Oilers did get a penalty shot in this game, but got zero powerplay opportunities. The refs missed a clear delay of game AND too many men penalty on the Panthers, while completely ignoring a blatant penalty against McDavid in the final minutes.

It’s a damn shame that we are talking about the refs after a fun game like that, but so is the state of the modern NHL. Bottom line is, these guys are painfully inconsistent and don’t seem to be willing to call any infractions committed against Connor McDavid. Ironically, I’m not sure 97 has drawn a single penalty since pointing upstairs after his shootout goal against the Flames.

Back on the road for this Oiler team, that sadly looks like it is in the middle of another season-ending death march. The Oil will be in Vegas on Thursday, trying to keep their perfect record against the NHL’s 31st team. Saturday afternoon it’ll be a date with the Coyotes in Arizona, then Sunday it’s off to Denver to battle the Avalanche.