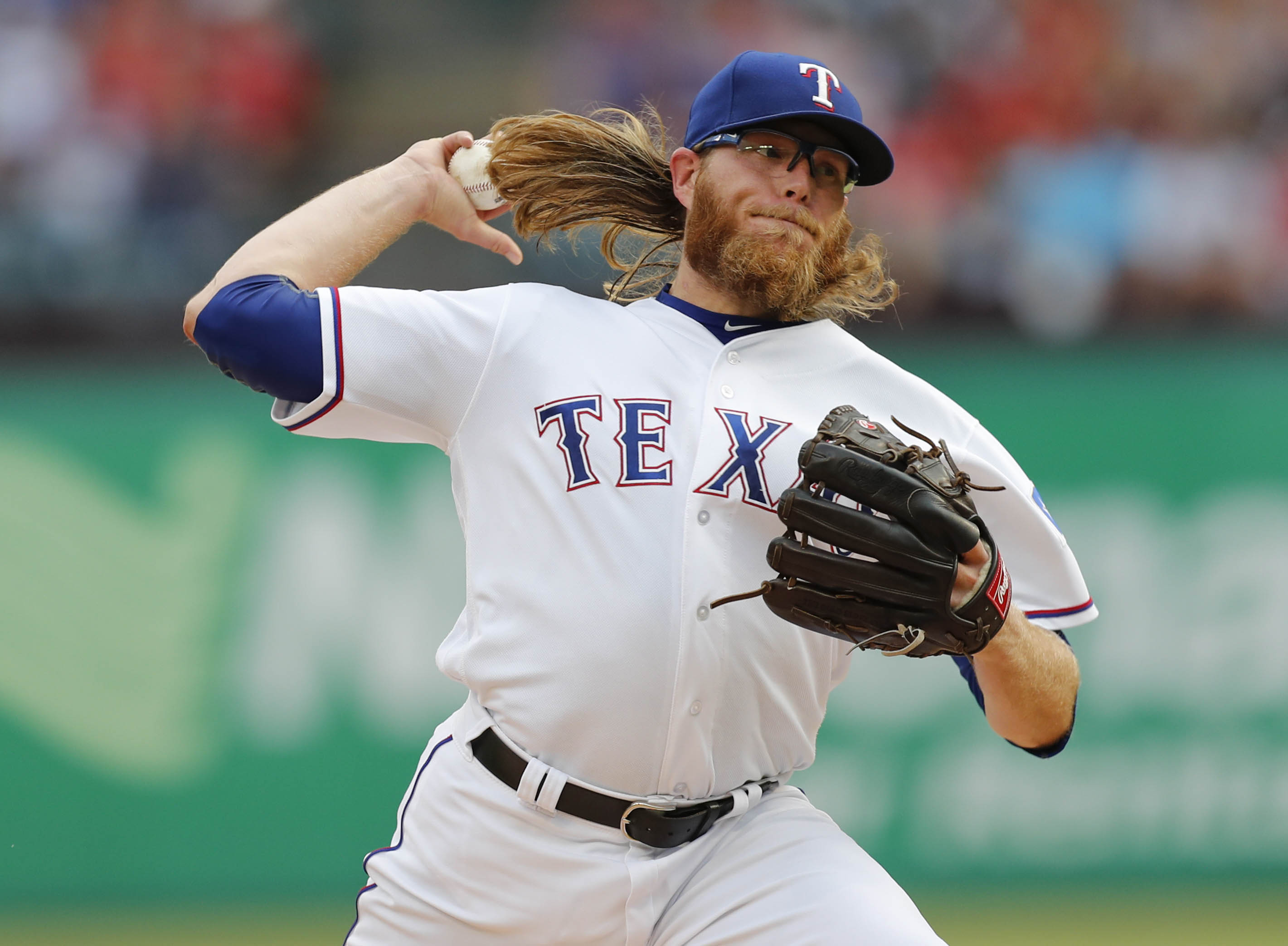 It appears this is finally the year the New York Mets have realized they need to learn from past mistakes. The Mets overhauled their medical department this winter after years of major injuries torpedoing seasons. Last season was a mess for the rotation, which saw only Jacob deGrom make it through the season healthy. The Mets had no real depth last season, leaving them scrambling for big league quality arms after pitchers started dropping like flies. That depth has also been addressed this season, with the Mets signing Jason Vargas to a two year deal earlier this month. The Mets added to their stable of arms again yesterday, signing former Texas Rangers’ starter A.J. Griffin to a minor league deal, Matt Ehalt of NorthJersey.com reports. The contract includes an invitation to big league spring training.

Griffin, 30, went 6-6 with a 5.94 ERA in 18 games (15 starts) for Texas last season. Things have been tough for Griffin the past few years as he hasn’t looked quite the same since undergoing Tommy John surgery in 2014. Griffin does have a track record of pitching at the big league level, however, posting a 34-21 record in 88 career appearances (85 starts). The plan appears to be for Griffin to start the season in the Triple-A rotation, possibly alongside Seth Lugo and Robert Gsellman, in order to provide the Mets with rotation depth in the event their rotation gets injury riddled again.

While the Mets surely hope they don’t need to call upon Griffin for big league starts, the fact they signed him is a good sign. Last season the Mets had no room for error after Lugo and Steven Matz started the season on the disabled list, with only five capable big league starters in the rotation. Robert Gsellman had a seemingly endless leash despite early struggles, and the Mets were forced to use guys like Tyler Pill and Adam Wilk in starts. The Mets also had to pluck Tommy Milone off waivers for depth, and he was an abject disaster. Adding Griffin to the mix now allows the coaching staff to work with him in spring training and perhaps help figure out what is missing for Griffin post surgery. This is an extremely low risk move, so there is no reason the Mets shouldn’t do more signings like this, especially in the bullpen.