Is Attendance Falling for UND Hockey? 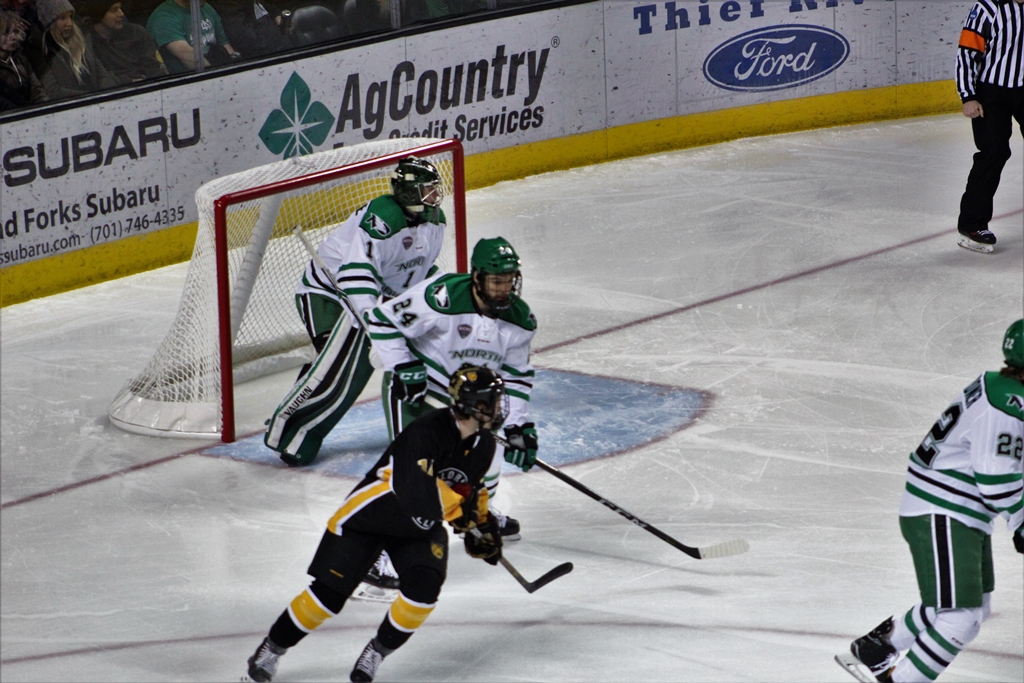 Is Attendance Falling for UND Hockey?

Recently, I was reading an article at the Athletic that was penned by Eric Vegoe — With attendance flagging, Gopher men’s hockey looks for answers on ice and off. After reading that post, I got to thinking. Is the University of North Dakota hockey team experiencing some of the same problems? Let see if this sounds familiar.

The biggest complaint maroon and gold fans voice is the loss of their rivals after a conference move from the WCHA to the Big Ten. The realignment of college hockey not only meant Minnesota wouldn’t get to play Minnesota Duluth, North Dakota and Minnesota State as often, but they’d be forced to add four conference games each with Michigan State, Ohio State and Penn State. The Gophers won league titles during the last two years of the WCHA and the first four years of the Big Ten, but that couldn’t stop a decline in ticket usage from 7,827 attending games in 2014-15 to 7,139 in 2015-16 to 7,063 in 2016-17 and 6,106 this season, which is up from under 6,000 after a late-January visit from No. 1 Notre Dame brought easily the largest two-game crowd of the season.

It’s not all gloom and doom, UND is leading the nation in attendance (averaging 11,475 a game) and has filled the Ralph Engelstad Arena to 98.6 percent of its capacity. Also, UND has the third largest arena in Division I hockey, so there’s a lot of seats to sell. At first glance at the numbers, it would appear that the Ralph has been pretty full. Not so fast. There’s been a fair number of empty seats.

Let me provide you with some photographic evidence. Exhibit A.

From looking at those picutres, it would appear that apathy has begun to creep into the Fighting Hawks nation. Moreover, having attended quite a few  basketball games this season, the men and women’s basketball teams have also struggled at the gate this season. There’s a lot of empty seats at the Betty and the students aren’t coming either.

While the Fighting Hawks have (stasticially) sold a lot of tickets, they’ve struggled mightily on the ice. Currently, UND is sitting on the Pairwise bubble and is in grave danger of missing the NCAA tourney for the first time since the 2001-02 season. To be honest, they haven’t been much fun to watch either. They’re near the middle of the pack in goal scoring and they don’t have an superstar to pull the fans out of their seats.

If things don’t improve in the future, the Fighting Hawks have had two sub-par, lackluster seasons in a row, UND could experience a decline in attendance much like the Gophers have. That could cause UND to experience more dire financial problems.

No, I am not saying the new AD needs to sack the head coach. And no, it’s not going to happen. However, there’s some grounds for concern.

The Fighting Hawks play in the National Collegiate Hockey Conference; which has proven to be a meat grinder. Gone are the days of easy two-game conference sweeps. Also gone, are the yearly four-game season series against former WCHA opponents Wisconsin and Minnesota. To be honest, a few of the teams in the NCHC are not very exciting to watch play hockey.

Finally, with the intense conference schedule, two teams have risen above the pack and have solidied their playoff seeding. There are four teams fighting for the fourth place spot. Year five, another death march to the finish.