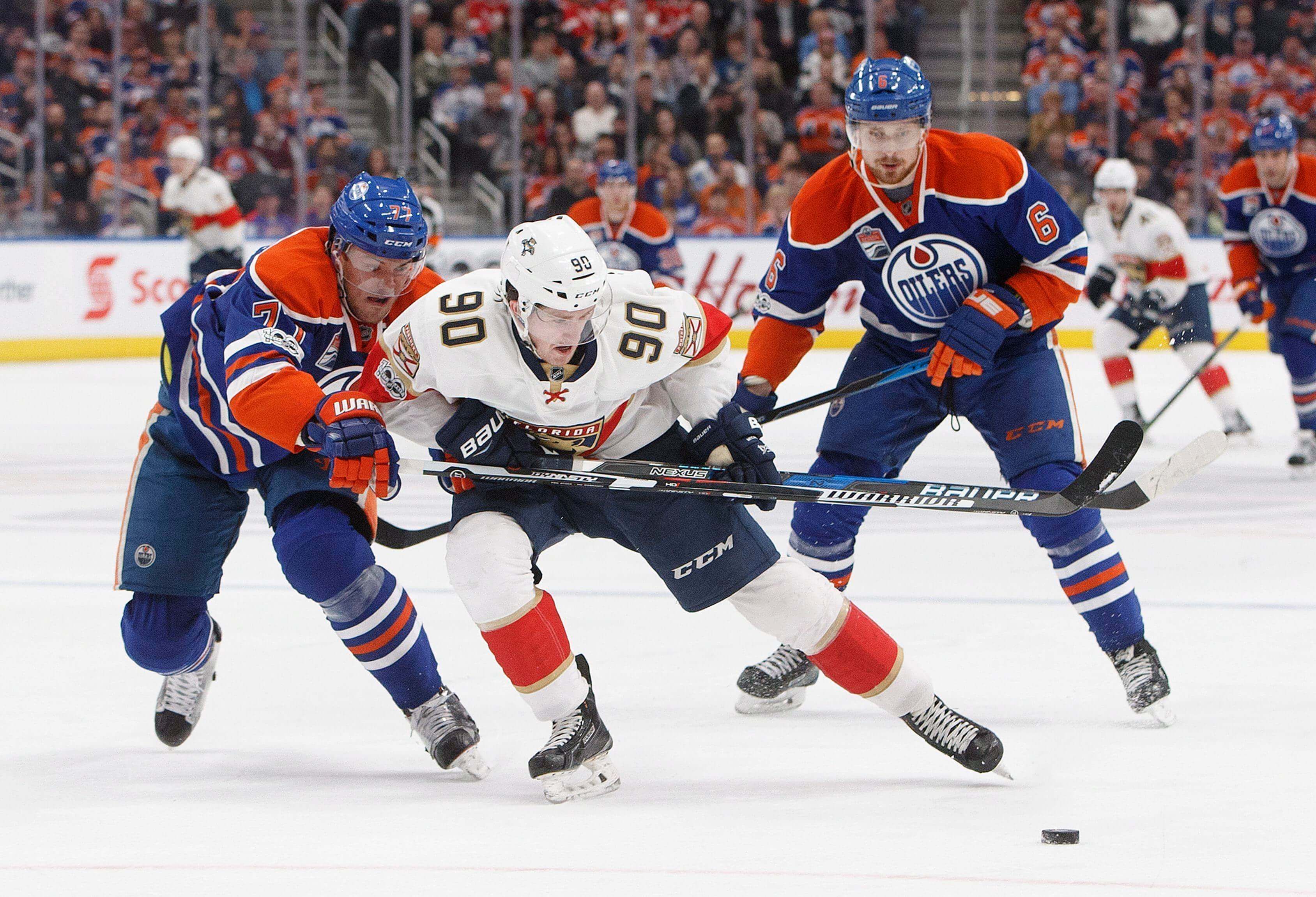 Here it is, the final stretch of the 2017-18 season for the Edmonton Oilers. A season that opened with so much promise and talk of a Stanley Cup push will end as the most disappointing season in franchise history by a wide margin. Today, the Oilers will open a four game road trip to kick off the final portion of the year. It’s also Edmonton’s final trip out east this season.

The Oil will hit A1A today as they visit the Florida Panthers in the second and final meeting between the teams this season. The sides met at Rogers Place last month, with Florida taking a convincing victory on the road. That victory helped kick off what has been a tremendous run for the Panthers, putting them firmly in the playoff chase.

Cam Talbot will start for the Oilers, while Roberto Luongo gets the nod for the Panthers.

Edmonton: I’ve said it countless times this season, but I’ll say it again; a good start is absolutely key for the Oilers. The club routinely struggles in afternoon games, and if they aren’t ready from the start the Panthers will run them out of the building. Every point matters for Florida and they have been using great starts to propel them as of late. Be ready or pay the price.

Florida: Speed is the name of the game down on South Beach right now. The Panthers’ dynamic top-six unit is one of the quickest and most skilled in the game and present many teams with matchup problems. The Oilers, with their slow and banged up defense, is one of those teams. If Florida can play their speed game, they should be able to generate numerous chances.

Edmonton: Ty Rattie was recalled from AHL Bakersfield and skated on the top line in place of Pontus Aberg yesterday at practice. Rattie isn’t an overly skilled player and is far from proven at the NHL level, but he does have a good shot and could be a nice fit with McDavid and Nugent-Hopkins. In a lost season, it’s worth the look for a game or two in my mind. I’ll be watching Rattie closely today.

Florida: The Panthers, rightfully so, get crushed for allowing Jonathan Marchessault and Riley Smith to head to Vegas in the expansion draft. They don’t get enough credit, however, for bringing Evgeny Dadonov back from the KHL. Quietly, Dadonov has emerged as a great goal scorer for the Panthers and one of their most dangerous players. He’ll be worth watching this afternoon.

As mentioned above, the Oilers recalled Ty Rattie from Bakersfield on Thursday and he’s expected to play this afternoon. Pontus Aberg, who had been skating on the top line, appears to be out of the lineup. No word if this is a healthy scratch or if Aberg is injured. Oscar Klefbom, who will have a procedure that will end his season next week, is expected to play today as well. Kris Russell is likely a game-time decision with a hand injury.

The Panthers have made a few moves since Edmonton last saw them. The club acquired forward Frank Vatrano from Boston via trade, while Jared McCann has earned a full-time spot with the club in the top-nine.

Edmonton swept the season series between the teams last year and has not lost in Sunrise since March of 2002. That said, the Panthers knocked off the Oilers 7-5 back on February 12th, the first of two in this season series. The clubs won’t meet again until the 2018/19 season.

Edmonton’s afternoon struggles this season have hurt the team badly. In nine previous matinee affairs, the Oil are 2-7 on the season. They simply have not been good in afternoon contests, although that isn’t something new. The good news? In addition to dominating in Florida, the Oilers are 3-1-1 in their last five contests.

Something has to give today between Edmonton’s afternoon struggles and their dominance in Florida. I’ll wager that the dominance in South Beach ends today. The Panthers are playing for the their lives, while the Oilers are simply playing out the stretch.

Panthers take this one 4-2 with goals from Barkov, Ekblad, Mackenzie and Huberdeau. Rattie and Kassian get the tallies for the visitors in a losing effort.