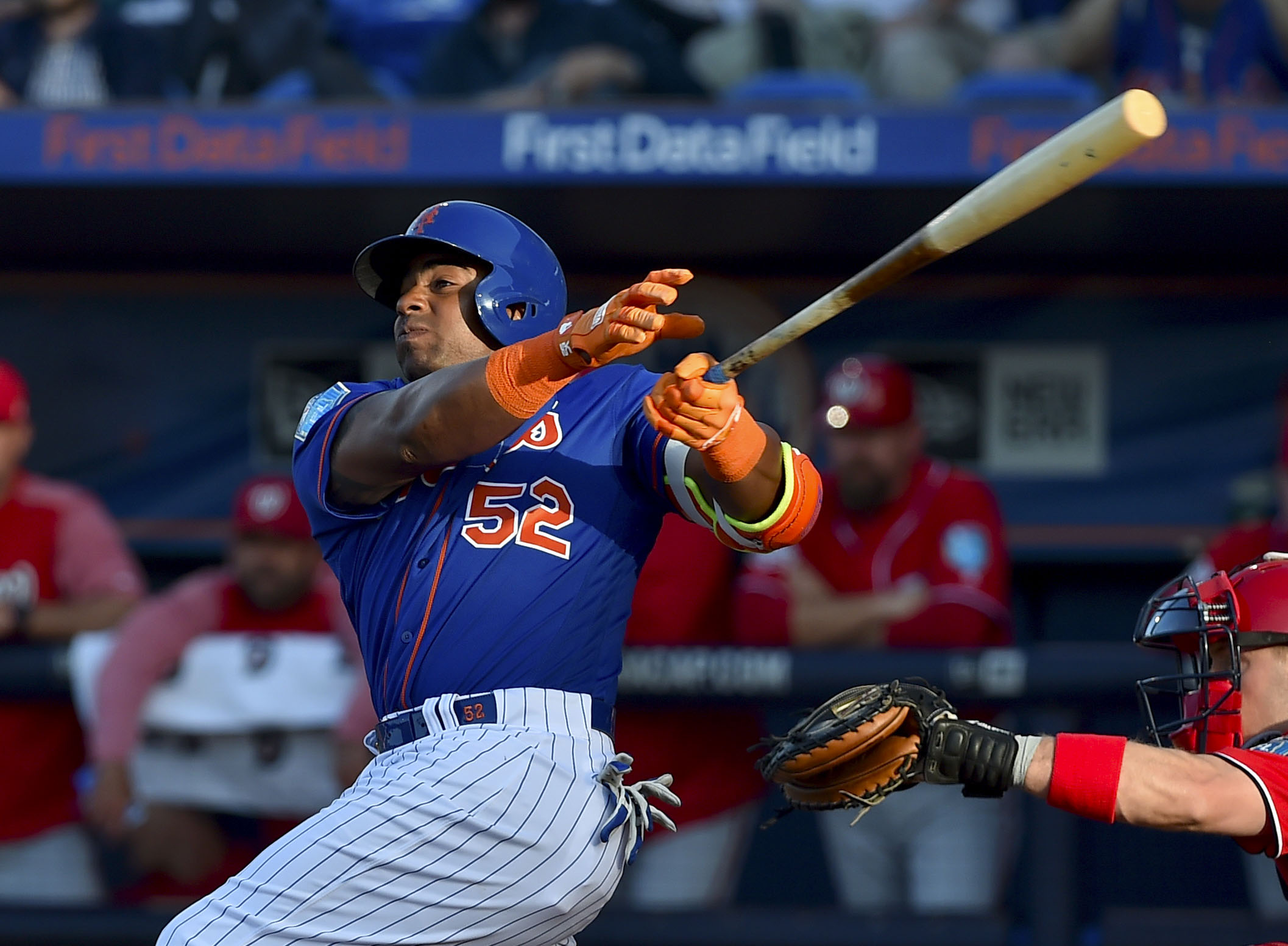 Okay, so here’s the rule: Spring Training records mean nothing, unless your favorite team scores nine runs in the fourth inning. Then, it’s a statement that will be remembered throughout time.

The Mets illuminated Tanner Roark’s areolas for the world to see with nine runs in the fourth inning on Thursday night, including Yoenis Cespedes’ first of two home runs off guys with beards. (Since when did Roark look like Earthquake from the WWE, anyway?) Todd Frazier and Jay Bruce also had home runs, and even Adrian Gonzalez had two hits to make a winner out of Seth Lugo. Lugo, by the way, came in for Zack Wheeler who gave up five runs in two innings and had the title of biggest disappointment in Florida all sewn up … until Roark asked Kevin Long to hold his beer.

(And yes, he got “wacky tacked”. That’s what Keith said. So I believe him.)

Lugo now has a 2.87 ERA to Wheeler’s 8.10 so let’s all stop being amorous about this “five aces rotation” which is a myth. The Mets have two aces. The rest are comets on the other side of bright or space particles who never lit up quite as bright as Roark’s mammaries. The only thing that should even have a chance of saving Wheeler is that Lugo seems to have more aptitude coming out of the bullpen than Wheeler does. But if the Mets insist on Wheeler starting, maybe it should be in Las Vegas (where if you pull out five aces you get taken to the back.) Full houses win plenty of hands, you know.