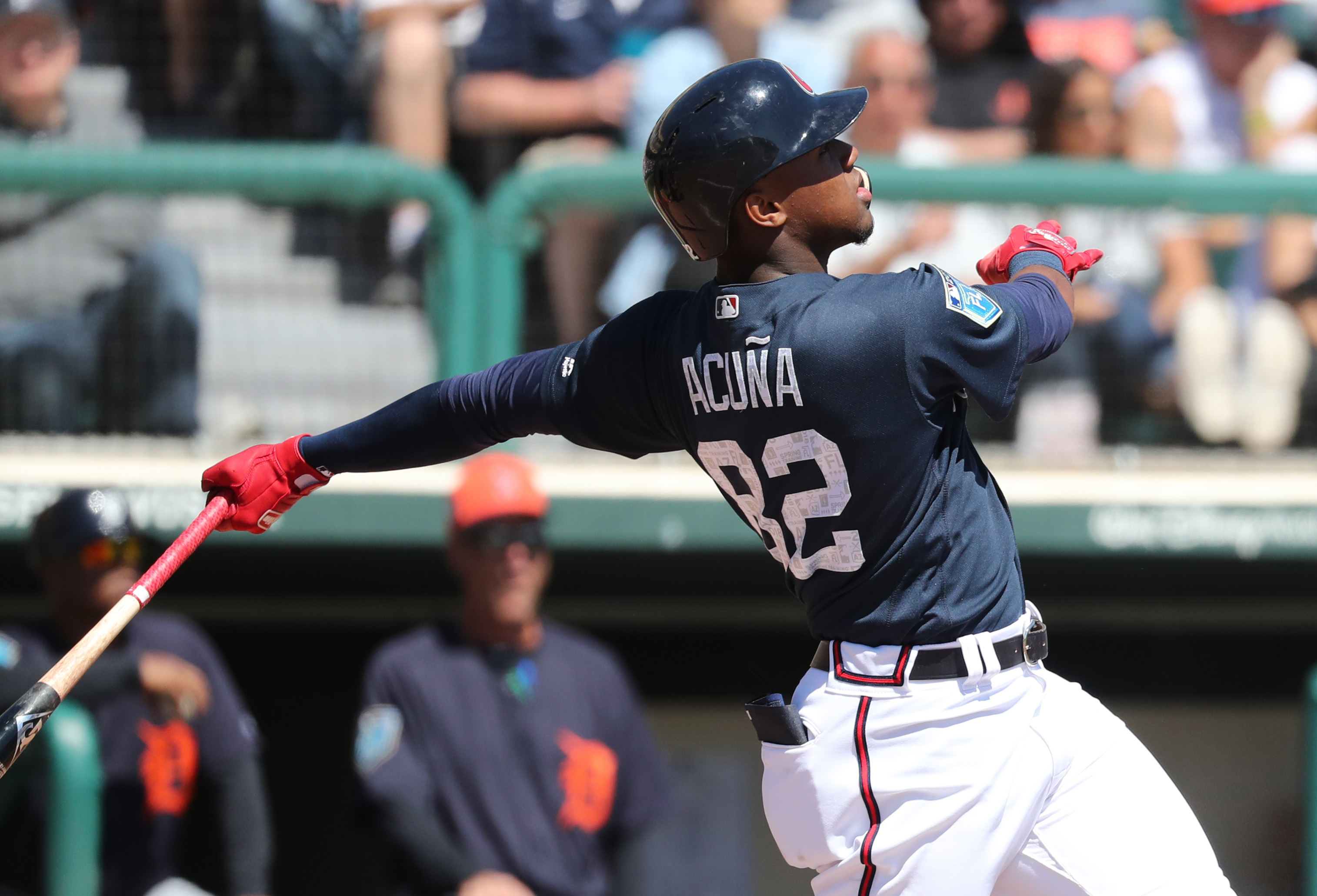 When the Mets head to Atlanta on April 19th, I’m told plans are in place for a video to celebrate the Adrian Gonzalez era. We have a sneak preview:

The Addition That Is Hitting .432 In Spring Training But You Won’t See Him For Two Weeks Because Rules Are For Suckers

The Braves are a curiosity. They’re moving towards the future. We know that. Between Acuna, Kyle Wright, Mike Soroka, Luiz Gohara, Ian Anderson, Kolby Allard, Max Fried, and Austin Riley, they have lots of hope for 2020 and beyond. (They could have had more, but we’ll get to that later.) This season is their bridge year. They will have a decent product on the field, so this isn’t a Houston Astros type tank. It will be 2019 that will determine the ultimate direction for this rebuild.

The talk of baseball was the salary shuffling trade which sent Kemp and the two seasons left on his contract to Los Angeles for Kazmir, McCarthy, Culberson and Gonzalez, who was almost immediately released. Kazmir has some money deferred, but his and McCarthy’s contracts, along with Gonzalez’s, all expire (which is I’m sure at least a small reason why the Braves thought nothing of releasing Kazmir and his hefty final season after a bizarre set of circumstances). They have $46 million and change in 2019 salary commitments. Nick Markakis, a right fielder making $11 million, also has an expiring contract. Put it all together, and you have a perfect fit for Atlanta in 2019:

The world has Bryce Harper going to the Cubs, the Phillies, or the Dodgers. All make sense on some level. But the Braves have some money to spend and some prospects to build around. All those prospects mentioned above are MLB Top 100 prospects. Are eight prospects in the Top 100 enough to convince Harper that this is a team that’s on the rise and ready to compete in 2019? Can you imagine an outfield of Acuna, Ender Inciarte, and Bryce in 2019? If Wright and Soroka are ready in 2019, and Sean Newcomb and Mike Foltynewicz take the next step in their careers in 2018, would Harper and one solid starter be enough to elevate the Braves to co-favorites in the N.L. East?

And how annoying would the combination of Harper and the Tomahawk Chop be? Ewwwwwww.

John Coppolella was the GM of the Atlanta Braves from 2015-2017. Before that he was their director of baseball operations and director of professional scouting. Then he was their assistant GM for three years before ascending to the general manager position. Somewhere during that time line, Coppolella saw the movie “Blue Chips” and thought “hmmmmm, this could work.” He funneled money to international signees via professional players to get around the international signing bonus limits. The international pro players would officially be paid the money, and then they would redistribute it to the amateur players to stay under the slot limit and not be limited in international signings in future years. And it would have worked too, if it weren’t for you meddling kids.

While this doesn’t effect the current wave of Top 100 prospects, it basically wiped them out from having the following wave. So the pressure is on the Braves for this current crop of prospects to turn out to be game changing. Who better to soften that blow than by signing a huge name like Harper or even Manny Machado for 2019. Would that be an option if the Braves had that second wave of prospects in the pipeline? Maybe not. But the Kemp trade happened three weeks after the Coppolella verdict came down. Maybe the Braves decided that to mitigate the loss of future prospects, let’s make the present better than it looks now and go for it in 2019. Truth? Maybe. Plausible scenario? You bet.

Ronald Acuna Jr. The number two prospect in all of baseball? To say Acuna is a key player for the Braves is the same as saying “duh”. Acuna played at three levels last season, and the higher the level, the higher his batting average. Even if this is a “getting his feet wet” season, it’ll be interesting to see how Acuna adjusts to the majors once he comes up. (And what they’ll do with current left fielder Preston Tucker if he stays as hot as he’s been in the spring.)

Dansby Swanson After an initial splash in 2016, the first full season for the former number one overall pick started to peg him as a defense first shortstop, as he hit .232 last season. He’s only heading into his age 24 season with plenty of room and time to grow. But a season more befitting of a number one overall draft pick will do wonders for this season, forget the future.

Sean Newcomb The starting rotation is the fulcrum of this roster. The lineup is decent, and they can live with the back end of the bullpen. The 2018 Braves will rely on the health of 3/5’s of the rotation, and the growth of the other two. Newcomb, along with Foltynewicz, has had a good spring. A good rotation will make the Braves a pill for teams to deal with this season.

Freddie Freeman might be the most underrated player in baseball. With his .309 career average against the Mets, we know how good he is. But with the Braves’ recent run of mediocrity, Freeman has been robbed of the star status that he deserves. Not only has his OBP topped .400 the last two seasons, but how many superstar first basemen do you know who switched to third base to make room for another bat? (I know at least one future Hall of Famer who would never think of committing such an atrocity.) If the Braves are to contend this season, Freeman will have to have another superb season to go along with the five they’ll have to get from the starting rotation. If Acuna comes up and wins Rookie of the Year, that will be a nice bonus. But we know that the season to watch for the Braves will be 2019. If the winter of 2018 breaks right, of course.

I was going to give them 78 wins but going into the season with Anibal Sanchez as their fifth starter instead of Kazmir is going to cost them a win on general principle.