Buddy Baumann Is a Met, And Also Perplexing 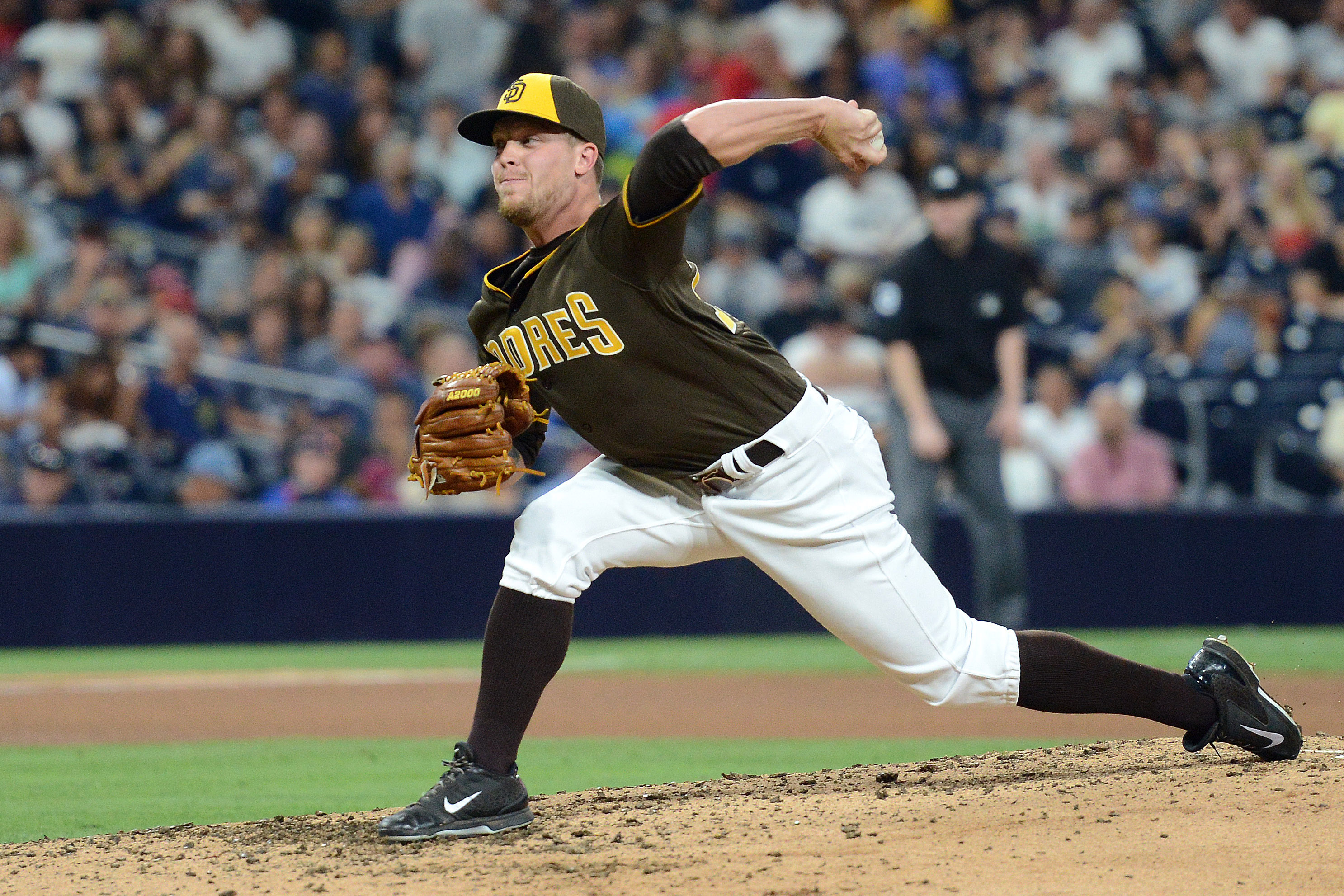 Buddy Baumann Is a Met, And Also Perplexing

So the Mets made a minor move today, signing lefty reliever Buddy Baumann who the Padres DFA’d. What’s perplexing about Baumann’s relatively brief time in the majors is his split usage.

His stats vs. righties aren’t bad, but his stats against lefties are much better. That’s not the perplexing part. The perplexing part is that he’s been used more against righties than lefties. Looking at his game log, he’s pitched a lot of full innings and wasn’t really used as one of those guys to come in and get one guy out.

Diving in a little deeper, I think I’ve figured it out.

When you look at Baumann’s game log from last season, the Padres tried to use him as a one batter a game guy, to very mixed results. He had a hold against the Giants where the one batter he faced (Brandon Belt) reached on an error but was thrown out trying to stretch (he got a hold). Then against the Mets, he retired Lucas Duda but then walked Jose Reyes with the bases loaded (he still got a hold.) Then, in two straight games on August 4th and 5th, Baumann came in to face Adam Frazier of the Pirates, and both times Frazier got run scoring singles off of Baumann, knocking Baumann out of the game each time. So his numbers against lefties are better, but when used as a situational lefty, he hasn’t done all that well.

From there, he was used sparingly as a situational lefty with varying results, while being used more as a guy who pitches full innings. So I’m not sure if he’s going to eventually be used as that second situational lefty out of the pen to save Jerry Blevins for the important lefties. If so, then I think a good plan for be for Baumann to stay far away from Adam Frazier.