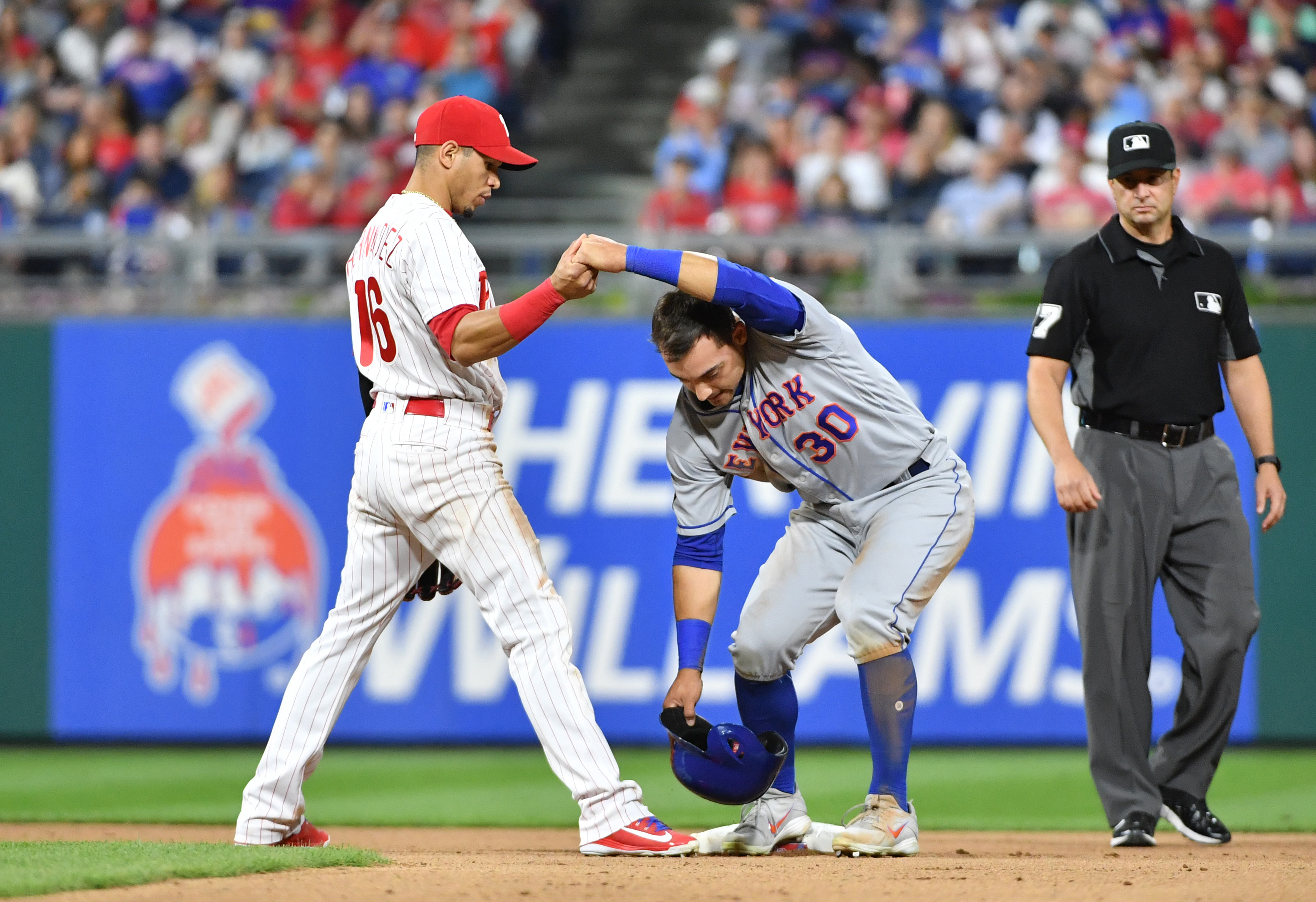 The New York Mets (19-17) saw their quest for a two game winning streak get delayed by Mother Nature last night. Rain wiped out the second game of the Mets’ series with the Philadelphia Phillies (22-16), adding another doubleheader to the Mets’ schedule in August. The Mets have had three games wiped out due to weather already, but the forecast looks better today as they try to earn that second straight win and complete another sweep of the  Phillies. First pitch for the Mother’s Day Affair is scheduled for 1:35 pm at Citizen’s Bank Park.

The Mets will welcome back Jacob deGrom (3-0, 1.87 ERA) from the disabled list this afternoon as he takes the hill. deGrom was sharp in his last start, tossing four shutout innings against the Atlanta Braves back on May 2nd, before leaving the contest with a hyperextended right elbow. The Mets lost that game and saw deGrom land on the DL, missing only one start due to caution. The Phillies will counter with talented young right hander Aaron Nola (5-1, 2.05 ERA). Nola picked up his fourth consecutive win in his last start, allowing one run in seven innings to defeat the San Francisco Giants on Tuesday.