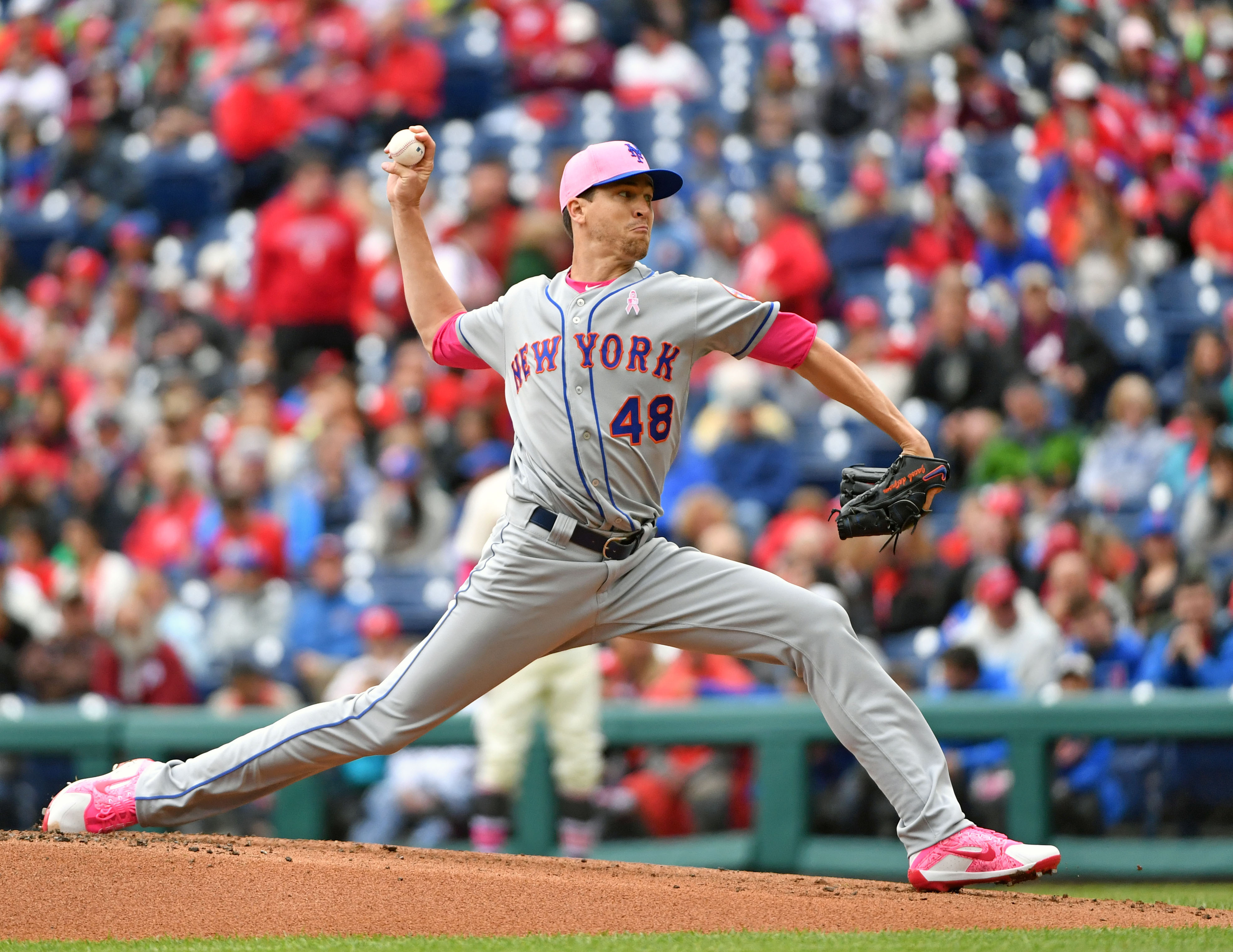 Jacob deGrom’s return from the disabled list didn’t go as planned yesterday. The New York Mets’ ace had to work hard in the first inning, tossing 45 pitches while walking three batters against the Philadelphia Phillies. The Phillies made deGrom work very hard, fouling off 20 pitches to keep at bats alive, but deGrom did his job and held them off the board. The Mets opted not to push deGrom after that, lifting him for pinch hitter Luis Guillorme in the second inning. That decision turned the game into a bullpen contest, and the Mets’ bullpen gave up four runs in a 4-2 loss that turned a potential sweep into a series split.

While some may second guess the decision since it cost the Mets the game, manager Mickey Callaway definitely made the right call here. deGrom had to work extremely hard to get through that first inning, with his 45 pitches coming in a high pressure situation. Fans got confused when they heard that the Mets had deGrom on a pitch count, but Mike Puma of the New York Post provided a potential explanation that dates back to the Terry Collins era.

Terry Collins had a rule that if a starting pitcher threw 40 pitches in the first inning he was done. Could be an organizational rule.

This makes a lot of sense, especially since 40 pitches equates to roughly 40% of a pitcher’s workload for the game. If any pitcher is exerting that much effort to get through one inning of work, it might tax them for the rest of the game, leading to an increased injury risk. Since this was deGrom’s first start back from the DL with a hyper extended pitching elbow, it made no sense to push him harder than he was in the first inning. deGrom won’t pitch again until Saturday, but the decision was still a wise one for the team.

Simply put, the Mets have no chance of going anywhere this season if Jacob deGrom can’t take the ball every fifth day. While deGrom did look sharp in the first inning, the risk of him getting hurt after that heavy workload wasn’t worth the potential reward of a four or five inning start. The Mets wisely played the long game with deGrom, and it arguably put them in a better position to lose yesterday than win. The team simply has to hope that having a healthy deGrom out there every five days leads to a lot more wins over the course of the next four and a half months.