Sometimes a Bad Pitch Is Just That 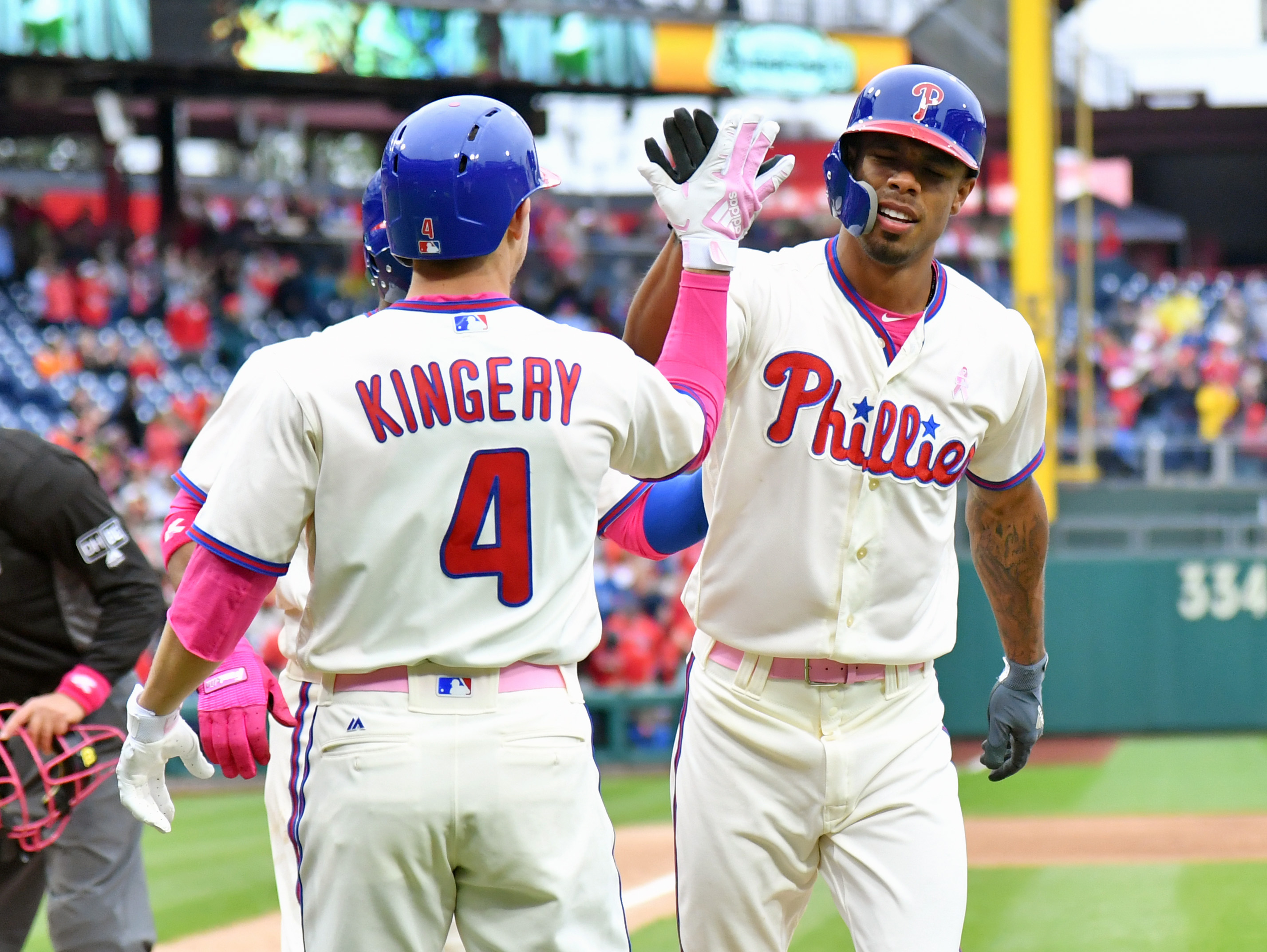 Sometimes a Bad Pitch Is Just That

Mother’s Day was weird. The Mets were already coming off a rainout on Saturday, then Sunday was delayed by about an hour, and Jacob deGrom was coming back off of a hyperextended elbow. deGrom’s first inning enhanced the weirdness pattern, throwing 45 pitches and yet giving up zero runs. On the fly, Mickey Callaway decided to pull deGrom and make it a bullpen game after the first inning. Smart, considering the day continued to be cold and damp. I wouldn’t have taken any chances either. With the off days coming up, deGrom can come back on normal rest.

So Callaway makes this a bullpen game and Paul Sewald is finishing up his second inning after Robert Gsellman handled innings 2-4. Nick Williams was up with two outs and two runners on with the Mets up 1-0. Callaway had Jerry Blevins warm in the bullpen and on the surface, would have seemed to be the easy play to bring in and face the lefty hitting Williams. Instead, it was the righty Sewald who faced him and gave up a three run HR. It was the key damage in a game that ended in a 4-2 Mets loss.

Any way you slice it, the decision to leave Sewald in was defensible. But going back to my original thought: Why wouldn’t you bring in a lefty curveball pitcher instead of a righty slider guy? Well I’m not sure Callaway keeps these numbers in a book at his fingertips, but this proves Callaway correct as well.

The numbers all worked for Callaway and Sewald. But Sewald threw a hanger and the Mets lost a ballgame. Sometimes, a pitcher just throws a bad pitch. It happens, and it’s okay to blame the pitch instead of blaming the manager all the time. I’m not sure the level of thought that Callaway put into this, or which of the above numbers he was aware of, but any portion of the numbers that he used is at least using more nuanced thought than “Robles is a righty, he should face righties.”