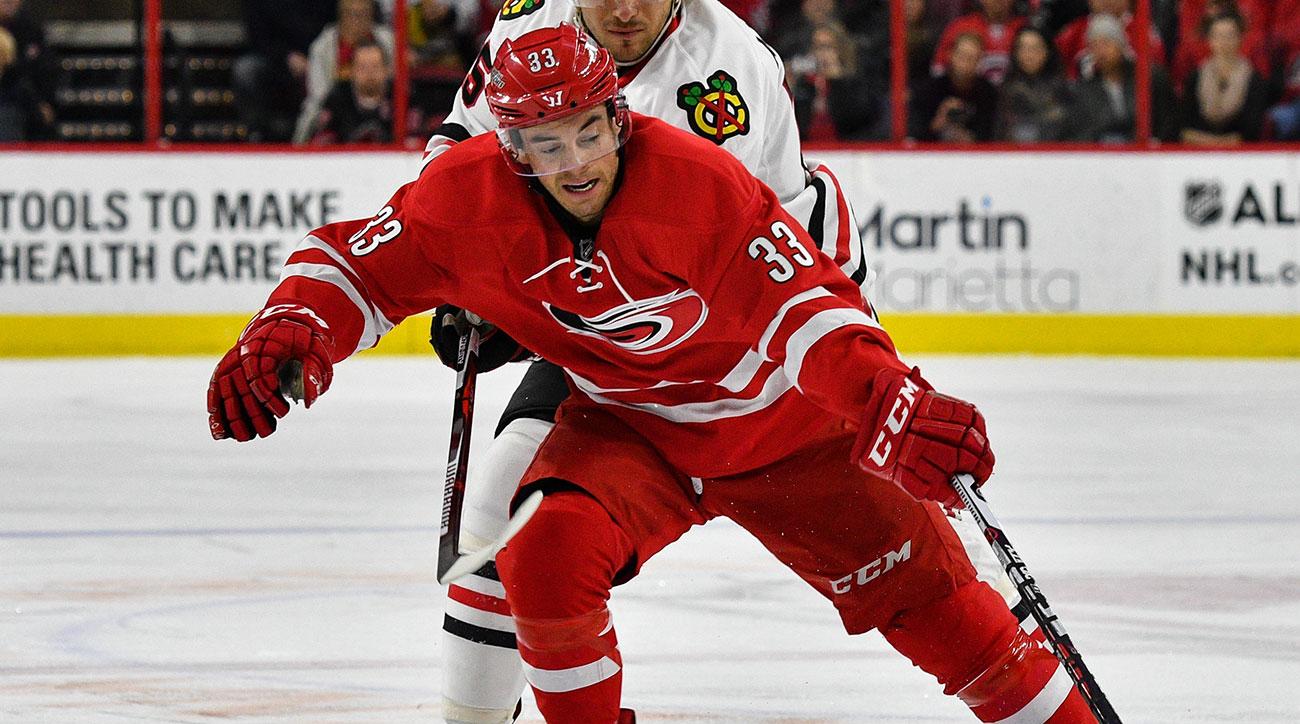 One of the holes that the Edmonton Oilers will need to address this summer is that of fourth line center. The role could be filled be an internal option like Jujhar Khaira, but there is a real case to be made that Khaira is better off on the left wing.

Brad Malone could be the guy as well, but he’s likely best served as the fifth center if he makes the NHL roster at all. Money is tight, but if the Oilers have enough, filing this spot would be a nice luxury for the club. Mark Letestu gave the Oilers two very solid seasons in this spot, and was a key player during the 2016-17 season.

Could Derek Ryan, a former University of Alberta pivot, return to Alberta to fill this role for the Oilers?

Why Is Out There?:

Changes, they are a comin’ in Carolina. After another disappointing season for the Hurricanes, an ownership change, a GM change AND a coaching change, roster change appears to be next on the list.

According to NHL insider Bob McKenzie, everyone other than forward Sebastian Aho could be had for the right price. It’s also safe to assume that most of the pending UFA’s on this team won’t be back as the club tries to change the culture and break the league’s longest playoff drought.

Ryan, a pending UFA, is likely to earn a raise after two solid seasons with the club. It’s unlikely a budget team like Carolina, who is trying to make meaningful change at the top of the roster, spends the cash needed to keep a depth piece like Ryan.

Ryan is a solid two-way forward with a little offensive pop to his game. He’s coming off back-to-back double digit goal seasons, scoring eleven in 2016-17 and 15 this past season. All in all, Ryan posted 15-23-38 in 80 games for the Canes. If you get that production from your fourth line center, well odds are you are a damn good team.

Ryan was an exceptional possession play last season in Carolina, posting a Corsi For % of 57.1 with the club. If your fourth line is breaking even, that’s a positive. Ryan has the ability to drive a bottom-six line possession wise, which is huge when you have giants like Connor McDavid and Leon Draisaitl at the top of the depth chart.

Ryan averaged 15:36 TOI-per-game this past season, while also firing 135 shots on goal during the campaign. He stands in at 5’11” and 170 pounds, but isn’t afraid to get a little dirty.

He’s a good potential Letestu replacement because he is also a right-shot center and has seen time on the powerplay during his career. In fact, the 31-year old has seen some offensive minutes with Team USA at the current World Hockey Championships in Denmark.

Here’s a look at Ryan’s scouting report via The Hockey News.

Assets: Has produced good offensive numbers at several lower levels. Skates well and is a solid playmaker. Can be a quality asset with the man advantage.

Flaws: Doesn’t have ideal size (5-11, 170 pounds) for the National Hockey League game, so he might struggle to win puck and board battles against bigger players.

Ryan’s skill-set indicates that he could actually be a third line center at the NHL-level. He can handle enough minutes and has the offensive ability to hang with top-nine talent. His ability to play on the powerplay also makes him a valuable player to have in the top-nine.

In Edmonton, he’d either be the club’s third or fourth line center. If Ryan Strome gets re-signed, I could see the club putting Strome back on the third line, where he looked decent in the second half of the season.

I, personally, believe Ryan is a better player and would be Edmonton’s third line center if signed.

Ryan would be eligible for a Seattle expansion draft, although I doubt he gets a contract long enough to make that a factor. We’re at least three years away from Seattle entering the league in my humble opinion.

Derek Ryan is a favorite of many Oiler observers and media members. The former Golden Bear has emerged as a legit NHL depth option and has the ability to be a ‘Swiss army knife’ type. In a lot of ways, he’d be a perfect fit in Edmonton.

The Oilers need a right-shot, bottom-six center and they need some depth scoring help. Ryan checks all of those boxes. Unfortunately for the Oil, Ryan is likely a luxury they can’t afford. At $2,000,000 per, especially for a potential fourth liner, the Oilers just can’t make it work financially unless they move other bodies out or leave another hole unfilled.

I’d still expect the Oil to push for Ryan this summer, but wouldn’t hold my breath unless the price comes down a bit.