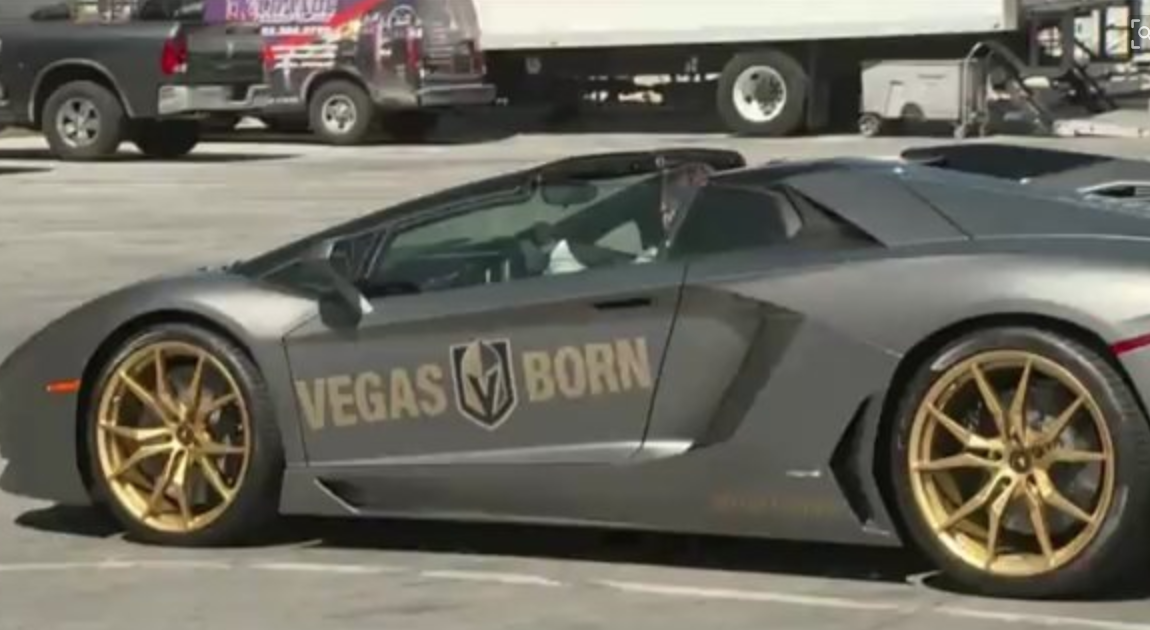 The clutch play from Golden Knights center Jonathan Marchessault has been one of the main reasons the team has had so much success in its inaugural season.

Marchessault scored plenty of goals during the season, and he hasn’t shown any signs of slowing down during the playoffs, either, with eight goals and nine assists.

He rolled up to Game 3/the team’s home opener of the series like a boss, too, arriving in a custom Lamborghini.  I wonder if cars like this will show up as part of the NHL 19 game?

we roll up to work in lamborghinis too pic.twitter.com/LtOUuGcVzx

His suit and whip game was strong. Sure enough, Marchessault scored two goals in the game, and helped carry his team to a 2-1 series lead.