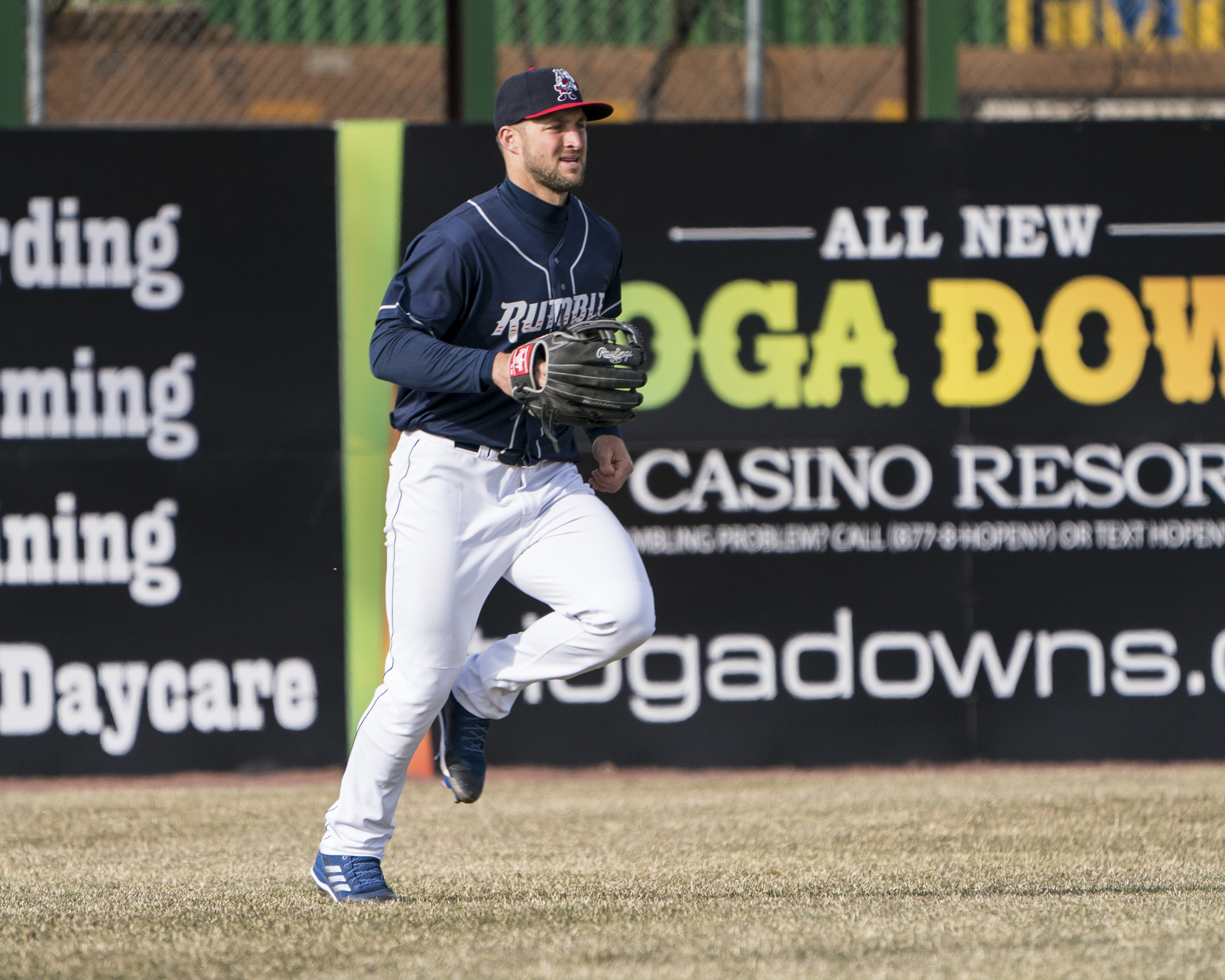 In light of Juan Lagares’ season ending injury on Friday, and especially given the lack of backup outfielders on the New York Mets’ 40 man roster, jokes began to circulate that the team could turn to Tim Tebow to help out at the big league level. Tebow, the former NFL quarterback, has been in big league camp the last two years and been advanced through the team’s farm system despite the statistics not really meriting it. Most rational pundits have written off the Tebow saga as simply a ticket selling gimmick, an act that has moved to AA Binghamton this season. The big surprise is that Tebow has started to hit, making him the focus of this week’s edition of Minor League Mondays.

On the year, Tebow is batting .240 with four homers and 18 RBI’s in his first 36 games for the Rumble Ponies. Tebow is getting on base at a .324 clip, a solid percentage, but his overall numbers still leave something to be desired. The transition to AA was tough early for Tebow, who hit only .226 with a homer and eight RBI’s in April, but he has begun to warm up with the weather. Tebow has been performing better in May, batting .256 with three homers and ten RBI’s while posting a .333 on base percentage.

It is nice to see that Tebow is improving, but the odds that he gets to the big league level this season remain slim to none. The Mets do have outfield problems, but Yoenis Cespedes will eventually return from the disabled list to help ease those issues. The team has also begun to have Dominic Smith take reps in the corner outfield for Triple-A Las Vegas, which makes a ton of sense since Smith has a better chance to hit in the big leagues than guys like Matt den Dekker or Ty Kelly. Bringing Tebow up to the big leagues would also require that the Mets put him on the 40 man roster, a tough proposition since the team perpetually fills it. The Mets would have to then expose Tebow to waivers if they decided to remove him from it at some point, and another team could opt to claim him just to get the ticket sales benefits that come with Tebow’s presence in the farm system.

The more likely scenario is that Tebow spends most of this year with AA Binghamton to try and get him as many at bats as possible against more seasoned pitching. Tebow would then go to big league training camp again in 2019 and be poised to play for the Mets’ brand new Triple-A affiliate in Syracuse, giving them a marquee attraction to help sell their new minor league franchise. It would take an incredible rash of injuries, as well as a major decline in the standings, to even get the Mets to consider bringing Tebow to the major leagues this season. Mets’ fans have to hope that it doesn’t reach the point where putting Tebow in the big league lineup is a viable option to try and sell tickets.