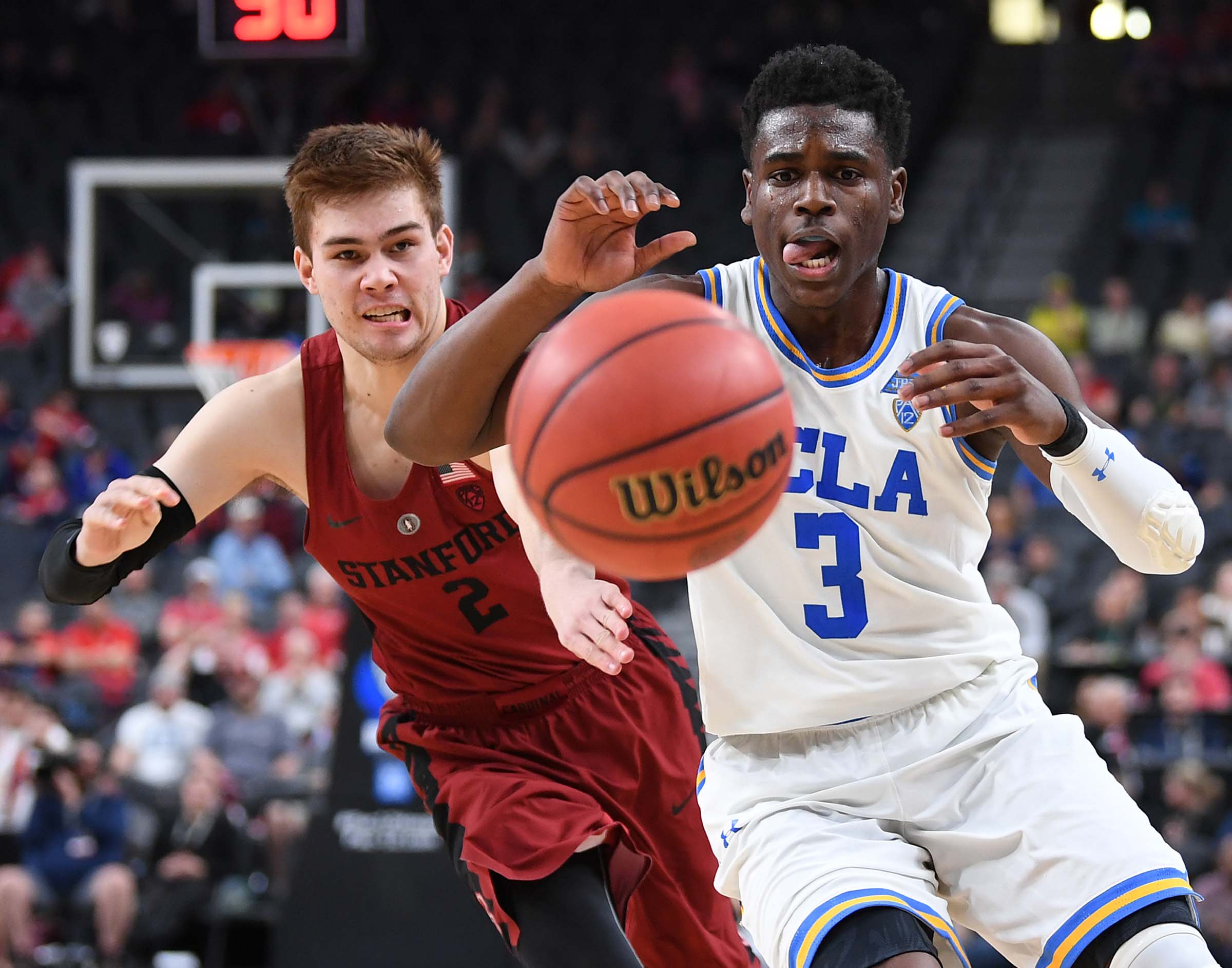 In a three day span, the Washington Wizards will have hosted 18 NBA prospects as part of their annual pre-draft workouts. Unlike past seasons, Washington is holding onto multiple draft picks that will be spent in less than a month on June 21st. On Wednesday, the team worked out Devonte’ Graham, Aaron Holiday, Sviatoslav Mykhailiuk, Zach Thomas, Moritz Wagner, and Johnathan Williams in an intense session that featured individual work and 3-on-3 games.

One should keep in mind that these pre-draft workouts do not necessarily mean that Washington is more interested in these players, but more likely that they did not chance to talk to them enough previously. The Wizards never had Kelly Oubre Jr. in for a pre-draft workout so anything can happen.

Out of the six prospects the Wizards had in on hump day, Holiday is the only one to likely be a first-round pick. Selecting him at No. 15 would likely be a stretch given that John Wall and Bradley Beal are going to only be off the floor for a combined 24 minutes per game. Holiday himself was somewhat perplexed by the invite to come workout for Washington.

“It was obviously a question why they would want me but at the same time, they need help on the backend, coming off the bench, playing high minutes,” Holiday said.

Despite the potential lack of playing time one would expect for a midway first-round pick, Holiday can still see himself meshing with the Wizards.

“I could fit right off the back,” Holiday expressed. “Obviously, John and Beal will probably be starting, but I’m here to fight obviously and whatever the coach tells me to do that’s what I’m going to do. So if I have to come off the bench, play a lot of minutes, get everybody involved, that’s what I’ll do. I also can play off the ball as well so I think I fit pretty good.”

In his junior year in southern California, the younger brother of Jrue and Justin Holiday averaged 20.3 points, 5.8 assists, and 3.7 rebounds in 37.7 minutes of play. His career 42.2 percent three-point shooting allows him to play off the ball, which is a point of emphasis for him to NBA teams. His overshadowing from a very successful NBA player also gives him a chip on his shoulder that translates to spirited defense.

“I can play on the ball or off the ball,” Holiday pinpointed when asked about what he wants to showcase that others may not know. “I can play defense at a high level no matter who you put in front of me, I’m going to fight and work hard at that. I think the main thing is I know how to play basketball just in general. I know how to cut, move without the ball, screen, and just pop when I need to or just read different defenders.”

It is unlikely that Washington drafts Holiday unless they move back in the draft, but he is certainly a man of the House of Guards.

“Obviously, Bradley Beal can shoot the heck out of the ball,” Holiday expressed. “He’s one of the top shooters in the league and I’ve seen his jump shot, it’s very, very fluid. He obviously can get to the basket and get to his spots pretty easily. And John, he’s just quick. He can get to where he wants to on the floor. He knows how to use his speed to get to the basket and places he needs to be. So, just taking those two things, picking my spots and getting to the basket using my speed different throughout the game and try and change pace like that.”

With Tomas Satoransky only under contract for another season before entering restricted free agency, the Wizards may want someone to groom to be John Wall’s next backup. Graham is a guy that may be available to Washington in the second round where they currently sit at No. 44 overall and is already a seasoned player after playing four seasons of college ball, which he thinks was advantageous.

“I feel like every year in the league people develop,” Graham expressed. “Like look at LeBron playing his best game right now in his 15th year in the league. I don’t think that has anything to do with it. I like Josh Hart, he did four years and he’s one of the best rookies that played this year. You can always develop your game and get better no matter how long you went to college. … I think it helped me out and helped prepare me to be ready right away. Been in a lot of tough situations, played in a lot of tough situations, lot of tough environments. I think I got my body right and in shape at Kansas, but I know I can get it better. But I think playing four years at Kansas helped me out.”

Graham is a Raleigh, North Carolina native and was able to take part in his workout in front of another Raleigh hooper in John Wall who has sat through both sessions that Washington has held so far. Wall has been a role model for Graham to look up to since his high school days and thinks it will be a “great story” if he can backup an idol.

“I think I fit great,” Graham said about a potential match. “I like the way they play, that’s the way we tried to play at Kansas, fast. They got good guards that can handle it, shoot it, pass it. I feel like I can do that pretty well and just come off the bench and do my role.”

Graham averaged 17.3 points, 7.2 assists, and 4.0 rebounds in 37.8 minutes per game during his senior season at Kansas. Those numbers and his career 40.9 percent three-point shooting are impressive, but the Wizards were looking for him to demonstrate his abilities as a leader and accomplishing the little things from him today.

“That’s what he was talking about a lot of times when we huddled up, ‘my eye is going to be on you, make sure you are just being a leader.’ Doing the little things that will help a team win because you are not going to come in and be a main option as a rookie.”

The German big may not be the most athletic guy available to the Wizards, again as a potential second-round target, but he would provide a unique skill set as a stretch five. In his last two seasons, he is a 39.4 percent three-point shooter (108-for-274).

“When I started playing basketball, I played guard, handled the ball so I kind of always emphasized and my coaches in Europe, ‘keep embracing that, keep improving that skill,’” Wagner explained the origin of his shooting ability. “I always loved to shoot so it was never a question even though it never really went in a lot early in my career. Just kept shooting and then in college at a certain point, they went in. Now I feel very confident in my mind.”

The young man is a confident player and thinks that he can certainly fit into the modern game of NBA on the defensive end, too.

“I’m able to switch the ball screen especially the way the league is going, switch everything, stay in front of guards as a big guy,” Wagner replied when asked what he wants to prove. “That’s something I have to prove that you don’t do too much in college. It’s an exciting challenge.”

Another potential second-round target for Washington, Mykhailiuk burst on the scene in his senior year with Graham to work his way into NBA consideration. The sharpshooter averaged 14.6 points and 44.4 percent shooting from beyond the arc over 39 games this past year. For a team that desperately needs a backup for Bradley Beal, this is certainly one option.

“They just try to see what you can do, what you can’t do, how you communicate with teammates, how you run plays 3-on-3.” Mykhailiuk explained about the workout.

Mykhailiuk was at the end of a back-to-back-to-back in pre-draft workouts after already performing in front of the Chicago Bulls and Detroit Pistons. He admitted that fatigue was a bit of a factor as he hunched over in the Capital One Arena hallway because of cramping. Nonetheless, he thinks the workout went well.