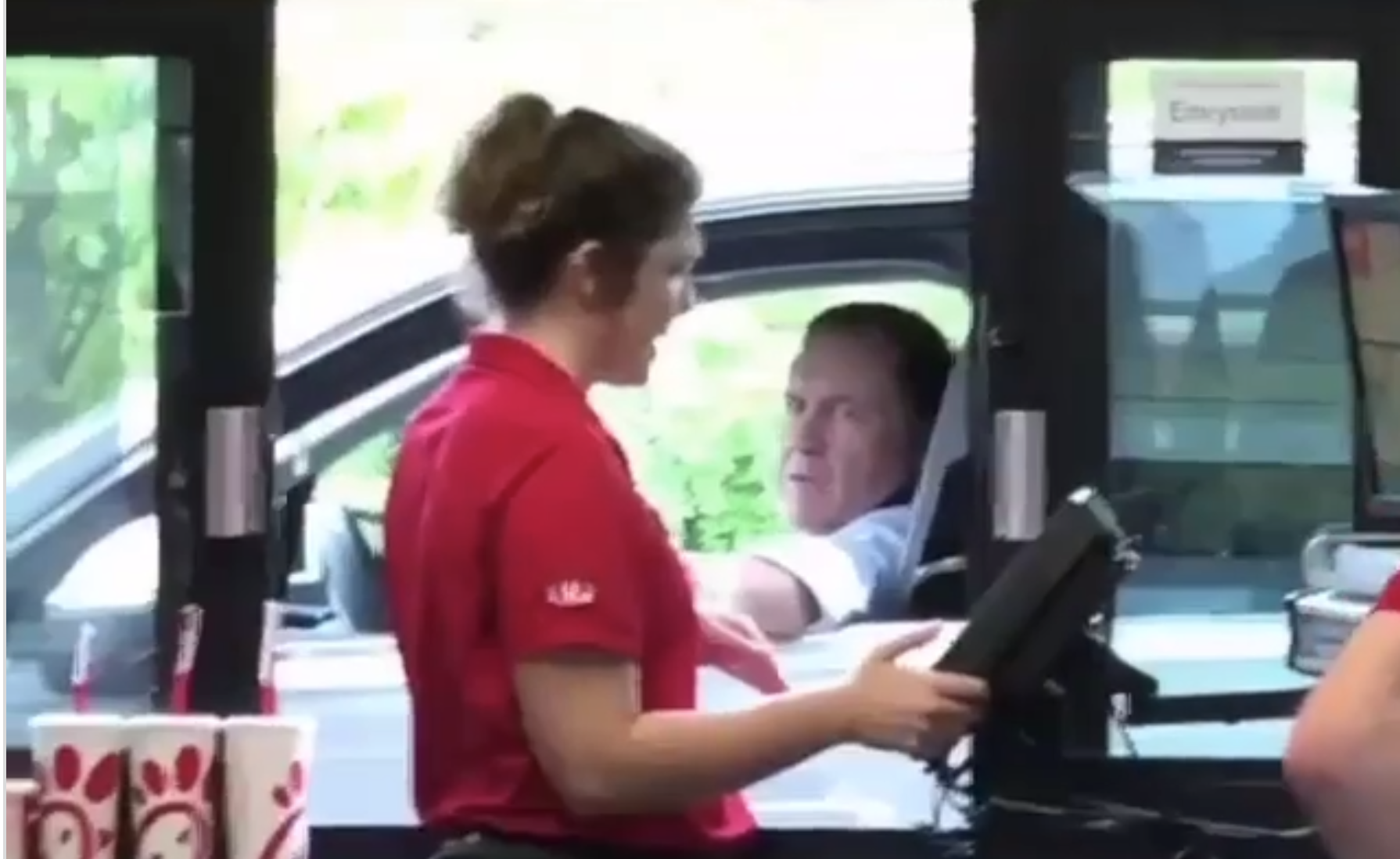 We’re beginning to learn that Patriots head coach Bill Belichick is more like the rest of us mere mortals than we initially believed — at least during the offseason, that is.

Belichick recently hit up the Preakness Stakes with his girlfriend, Linda Holliday, rocking a Justify cap.

And now, just a few weeks later, we have video proof that he eats the same food the rest of us do. Here he is at a Chick-Fil-A drive-thru.

There will be memes, we imagine.