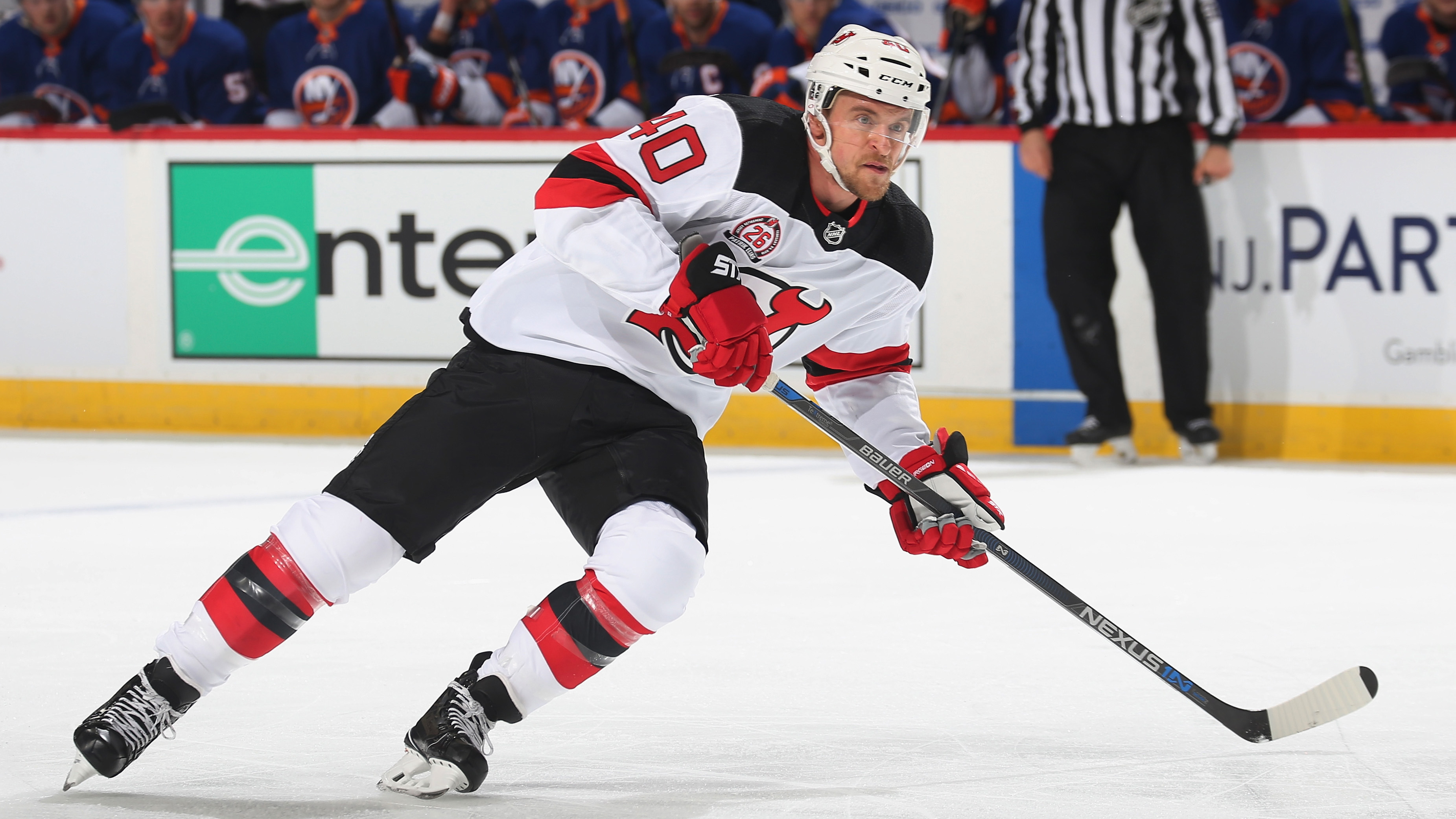 The Edmonton Oilers are on the hunt for goal scoring, winger help and speed this summer. Michael Grabner might be the only free agent that can check every single one of those boxes off.

The speedy veteran popped 27 goals this past season, his second straight 20 goal campaign, while helping on the penalty kill for the Rangers and then the Devils. He’s not a sexy name and he isn’t the kind of guy that can drive a line on his own, but Grabner is one of the better complimentary wingers on the market this summer.

After missing the playoffs in five straight seasons, the Devils pushed hard at the deadline in February. The first acquired Grabner from their rivals across the river, then snagged Patrick Maroon on deadline day from Edmonton. The moves paid off in the form of a playoff spot, but the Devils were easily dispatched in round one by Tampa Bay.

The Devils aren’t flush with NHL talent up front, but they have enough prospects coming that they likely only viewed Grabner as a rental piece when they acquired him from the Rangers. The club is also close enough to the cap where they could decide that addressing other areas (puck-moving D, veteran center) are a higher priority than re-signing Grabner.

Grabner is a rare player in the sense that while he is a strong goal scorer, he’s also a very responsible player defensively and is an exceptional penalty killer. As mentioned above, he’s not the kind of guy that is going to drive a line, but he’s proven that he can compliment the high-end skill players and deliver strong numbers.

He’d also help address Edmonton’s team speed issue in a big way and would help the squad play quicker in 2018-19. In case you’ve been living under a rock since the start of the year, playing faster is going to be a theme for the Oilers.

Grabner’s possession numbers were an issue this past season, and have been really since he became a full-time player during the 2010-11 season. He posted a 44.8% Corsi For in 80 games this past season, down from his career Corsi percentage of 48.4%. (Courtesy Hockey-Reference)

It was interesting to see that Grabner started just 46.2% of his shifts in the offensive zone, and that certainly contributed to his under-whelming possession numbers. Boxcar wise, Grabner posted 27-9-36 in 80 total games split between the Rangers and Devils. It was his second straight 20 goal season, following up a year of 27-13-40 in 76 games in 2016-17 for New York.

Here’s a look at Grabner’s scouting report via The Hockey News.

Assets: A brilliant, explosive skater with multiple gears, he also sports exceptional penalty-killing prowess, decent hands and some offensive acumen. Can shoot the puck with aplomb and play either wing, too.

Flaws: Is somewhat smallish in stature and can play a soft game without the puck on his stick. Is now more committed than he was earlier in his career but still lacks the consistency needed to excel in the NHL.

Grabner is another left-shot forward but mainly plays the right wing. He does have the ability to play on both wings, however, which gives any team that brings him on board some serious lineup flexibility.

His scoring ability and penalty killing acumen makes him a unique option that can handle numerous different roles. When properly slotted, Grabner is a second-line forward.

In Edmonton, he could be the club’s top right winger with Ryan Nugent-Hopkins and Connor McDavid, or the team’s second-line left winger with Leon Draisaitl and someone like Jesse Puljujarvi or Kailer Yamamoto.

Grabner would be eligible for a Seattle expansion draft. The rumored timeline would see the process occur in June of 2020, so it’s possible Grabner will still be under the contract that he signs in July.

Grabner is coming off of a two-year deal that paid him $1,650,000 per season on the cap and in real dollars. He’ll be earning a raise on the open market, and I could see him landing a three-year deal worth about $3,250,000 per season.

That’s still a very affordable contract for a team like Edmonton.

The Edmonton Oilers need to address their lack of scoring on the wings and must find a way to play quicker in 2018-19. Not only that, but Edmonton’s penalty killing unit simply has to be better than it was this past season.

While he won’t cure everything, Grabner would help in all three of those areas and would be extremely valuable to a team like Edmonton. He can play in the top-six, has a real goal scorer’s touch, brings an element of speed and can be a mainstay on the penalty kill.

If he reaches the legal tampering period later this month, and I suspect he will, then Peter Chiarelli would be foolish to not place a call to him.