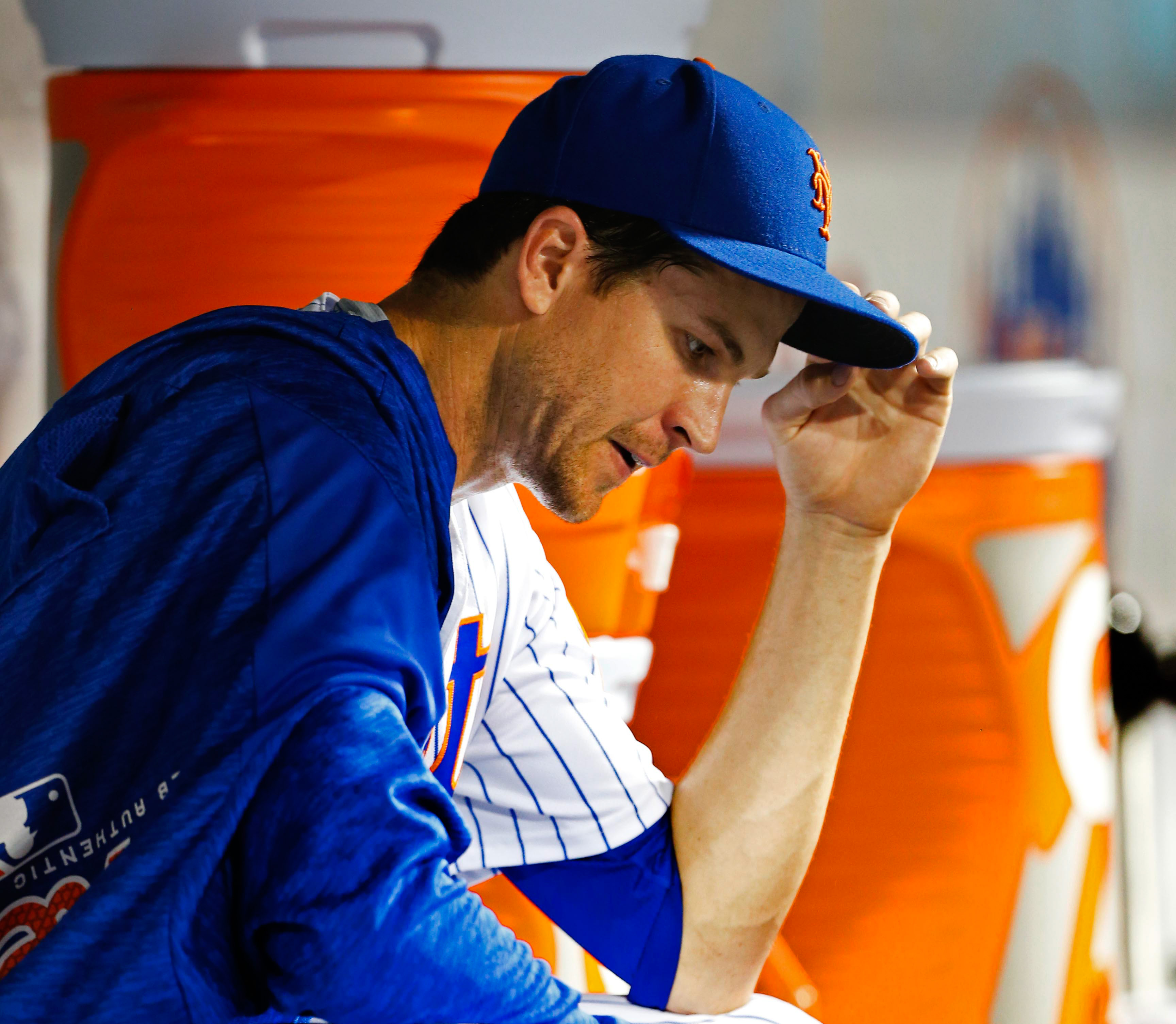 There is no joy in Metsville, especially not when the New York Mets have scored just seven runs in the past six games. The Mets have been abysmal for the majority of the season, going 16-31 over their last 47 games to completely waste their franchise best 11-1 start. With seemingly no hope in sight and the franchise about to get lapped by the rebuilding Atlanta Braves and Philadelphia Phillies, there have been calls for the Mets to consider a rebuild of their own. Don’t count on one happening any time soon as General Manager Sandy Alderson described the potential for a rebuild as “remote” earlier this week, Bob Nightengale of USA Today reports.

Alderson did say that circumstances could change the equation, but he told Nightengale that the idea of a rebuild simply isn’t being discussed right now. This may sound unpopular, especially after the recent success of the Chicago Cubs and Houston Astros, who both suffered through multiple horrendous seasons after a complete rebuild before emerging to win World Series titles. Alderson noted that just because you tear it down to rebuild doesn’t mean that you are guaranteed to get back the talent needed to build a long term contender. The Mets’ GM pointed out that the franchise should snap out of its funk soon, and it can take advantage of a weak division to get back into the playoff race.

Alderson does make plenty of fair points. For every rebuilding success like the Cubs or Astros, there are also teams like the Oakland A’s, who tore down a playoff team a few years ago and don’t appear particularly close to breaking out. The Mets also do play in a weak division and weak league, teasing the possibility that one stretch of good play is all they need to get right back into the playoff hunt.

The problem is that the Mets don’t have the kind of young, marquee position players that can help teams sustain winning now. The roster is filled with a collection of old position players with mostly unmovable contracts or washed up veterans playing for minimum salaries. There are a few young players here and there, like Amed Rosario, Brandon Nimmo, and Michael Conforto, but not enough to get the team to be a perennial contender before Jacob deGrom or Noah Syndergaard reach free agency. Those two pitchers have been the frequent chips discussed in potential rebuilding scenarios, with the idea being that the Mets could command multiple young position players for dominant pitchers with years of team control left.

There are two problems with this theory. The first is that those kind of star for prospect trades rarely end up netting a future star in return for the selling team, especially in season. If the New York Yankees wanted deGrom, for example, the Mets would likely ask for Gleyber Torres in a trade, a deal the Yankees would consider to be a non starter. There is rarely equal value in these sell off trades, and given this front office’s poor track record of identifying young talent they are probably better off keeping deGrom and Syndergaard.

The second issue is that the Mets will never fully commit to the kind of tear it down rebuild that the Cubs and Astros did. The Mets play in New York City, and they know that if they wave the white flag and deal off deGrom and Syndergaard for prospects that they can kiss their ticket sales goodbye. It’s important to note that the Mets never publicly admitted that the beginning of the Alderson era was a rebuild, instead relying on guys like David Wright, R.A. Dickey, and Jose Reyes to get people through the turnstiles. The Mets want to get their fair share of ticket sales in the New York market, so signing up for a process that can guarantee several 100 loss seasons in a row isn’t appealing to them.

That leaves the Mets stuck in the middle, trying to stick band aids around the roster instead of building a true contender. There is another path that could lead to success, but that would involve the franchise spending significant money over the winter to add Manny Machado to the lineup and several top relievers to the bullpen. The Wilpons haven’t spent like a true big market franchise since the Madoff scandal, instead trying to get by with a roster that has some talent and can win if everything breaks right. That happened in 2015, when the Mets got red hot down the stretch and won the pennant, but the odds of everything going right for multiple years is slim. Instead of firmly committing in one direction or the other, the Mets appear committed to playing the middle, a position few teams are taking with any success in recent memory.