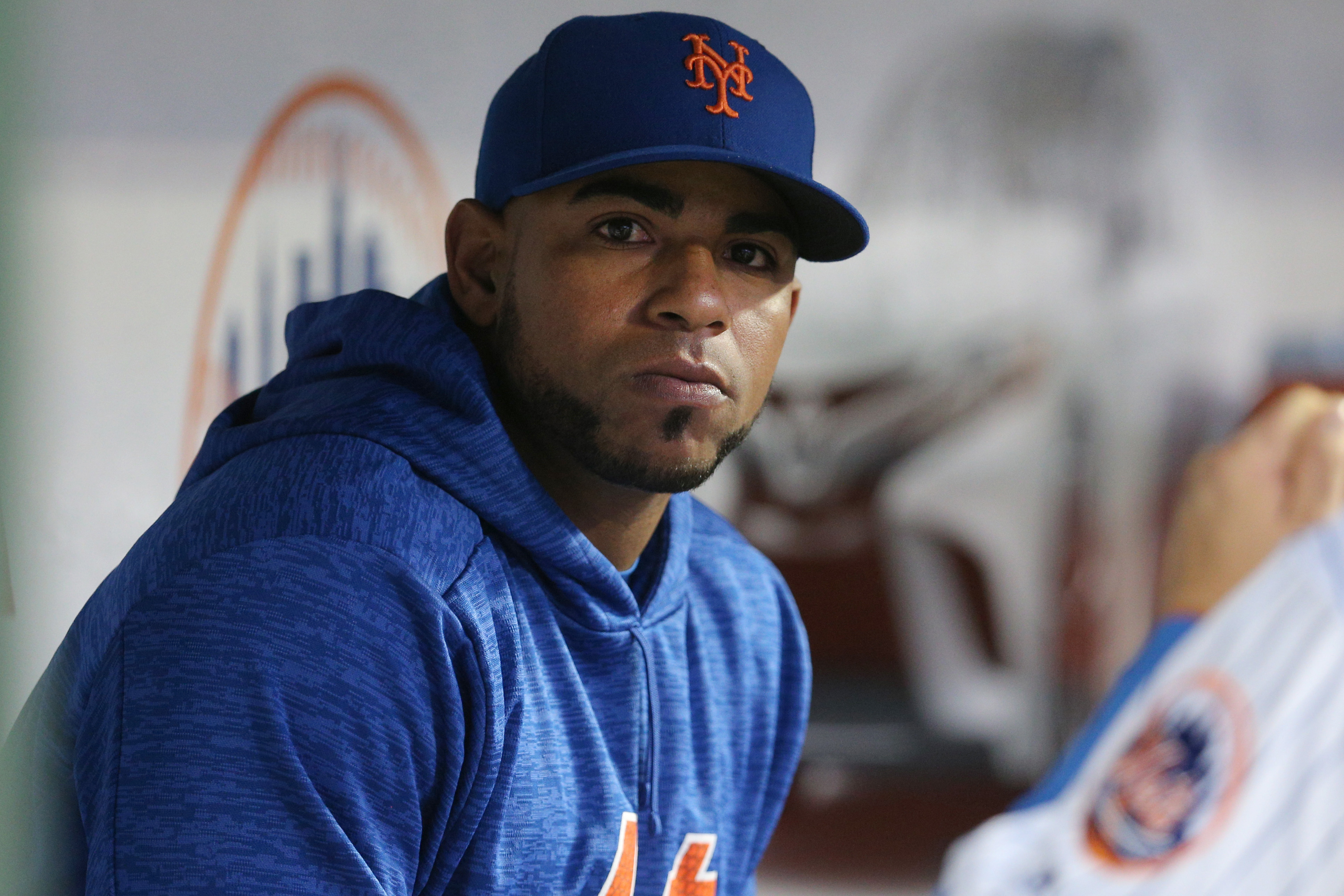 The New York Mets have been absolutely dreadful on offense, scoring three runs in their last 51 innings as they have lost seven games in a row. The one bit of hope that the Mets have had is that the return of Yoenis Cespedes from the disabled list will help spark the lineup. Cespedes, who has been sidelined since mid-May with a hip flexor injury, began a rehab assignment last night by going 0 for 2 as the DH for AA Binghamton. If all goes well, Cespedes should be able to rejoin the Mets in Atlanta on Tuesday, but his return probably won’t be enough to make much of a difference with the whole team in a slump.

Cespedes ended his media boycott last night, speaking to reporters after his game with the Rumble Ponies, and dropped this doozy of a quote (courtesy of MLB.com’s Anthony DiComo):

“For the way the team is playing right now, even if I am good and doing very well, if the team remains playing this way, I don’t think that it is going to help a lot, but I am eager to go back.”

You have to imagine that statement went over great in the Mets’ front office this morning. While it is a bad look to have the team’s star player basically admit that the team’s season is a lost cause, Cespedes isn’t factually wrong when he said that. Since the Mets placed Cespedes on the disabled list on May 16th, they have gone just 7-15 to fall a whopping 7.5 games back in both the National League East and wild card races.

Getting Cespedes back will help the Mets’ offense since his mere presence is something pitchers need to account for, but the unit as a whole is extremely flawed. The Mets are carrying three veteran players whose best days are clearly behind them in Jose Reyes (.141/1/3), Jose Bautista (.206/2/8), and Adrian Gonzalez (.239/6/26), with the latter two having been released by the Braves before landing with the Mets for key roles. Two of the biggest keys to the Mets’ offense are having lousy seasons as both Jay Bruce (.226/3/15) and Michael Conforto (.223/7/16) have been lost at the plate. The bench is also lacking as it features players who shouldn’t be on a big league roster right now like Luis Guillorme (.196), Jose Lobaton (.152), and Kevin Plawecki (.205). Asdrubal Cabrera carried the Mets in the first two months of the season, and now he is starting to cool off. Todd Frazier has been slow to start after missing a month with a hamstring injury, while youngsters Brandon Nimmo and Amed Rosario have shown flashes of talent but haven’t been tremendously consistent.

That is a lot of problems in one unit, and adding Cespedes won’t cure all of them. The offense is dragging down a starting staff that has really turned its season around, pitching to a 2.36 ERA over its last 18 games entering play last night. The Mets have only won five of those, mostly due to its inability to score any runs to support the starters. Unless a bunch of players start hitting again all at once, the Mets’ season is all but over even before Cespedes gets back.