Some reasons for optimism at Ravens minicamp 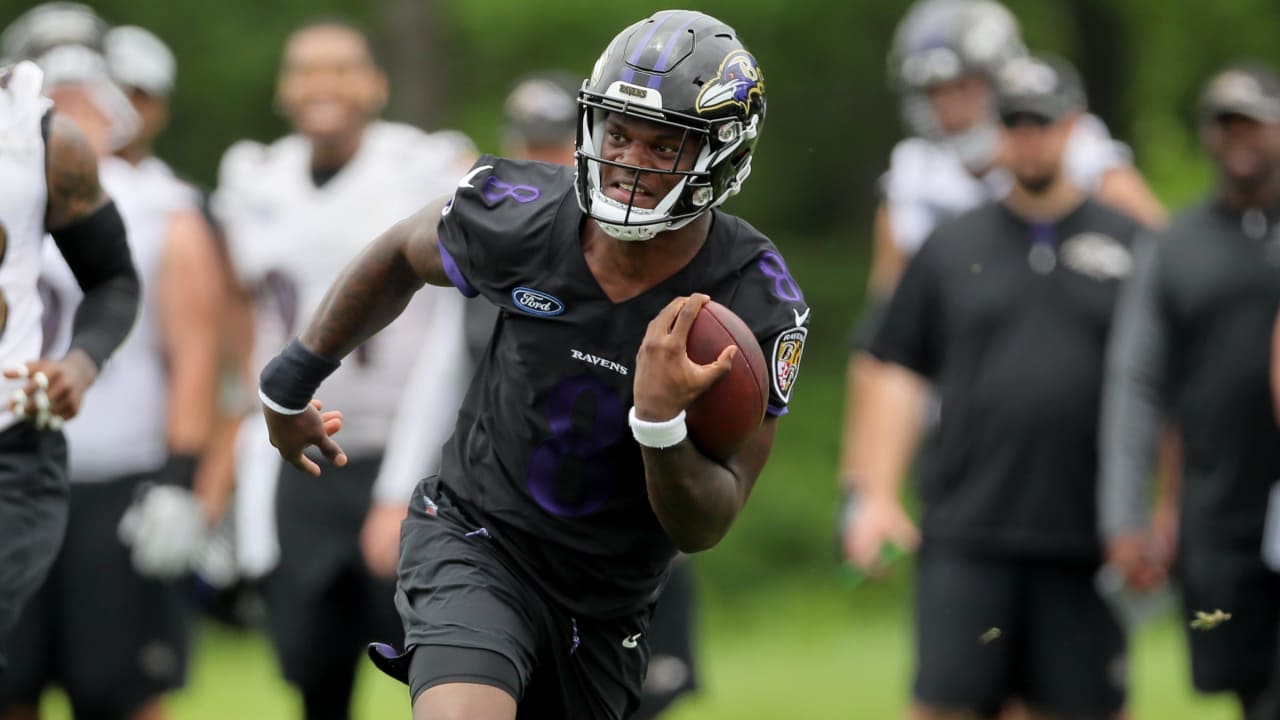 Some reasons for optimism at Ravens minicamp

Ravens mandatory minicamp is underway this mid-week of June 12-14. Veteran Terrell Suggs reported to practice in what many thought was the best physical shape of his career. Maybe that’s a good omen.

Two more good omens:  Joe Flacco is healthy and strong enough for the first time in two years to actually be a full participant in minicamp offense drills.

And the Ravens have avoided any significant injuries in the offseason up to this point. That was not the case the past two seasons either.

Speaking of offense drills, will we see two quarterbacks in competition with each other for the starting position? Not really…

Ryan Mink, Ravens staff writer, observed that the Ravens are experimenting with what they can do with BOTH Joe Flacco and Lamar Jackson on the field at the same time.

At times during Tuesday’s first minicamp practice, Flacco and Jackson both trotted out with the first-team offense and lined up at multiple spots.

“If we put two quarterbacks on the field at once, what options does it create for our offense? That’s what we’ve tried to figure out,” head coach John Harbaugh said.

Harbaugh also alluded to the fact that the Ravens want to be careful not to get either quarterback injured running trick plays. But if Jackson’s going to be active on gamedays, which Harbaugh expects, then Baltimore wants to find ways to utilize his unique talent.

Ryan Mink: “Jackson can obviously run and make defenders miss. The Heisman Trophy winner did it throughout college, rushing for 4,132 yards and 50 touchdowns in his three seasons…Jackson is especially dangerous in the red zone because he takes the teeth out of opponents’ pass rush. If they get too far up the field, he can easily find a seam and run into the end zone, as he showed during Tuesday’s practice.”

Other notes on minicamp practice from Mink: