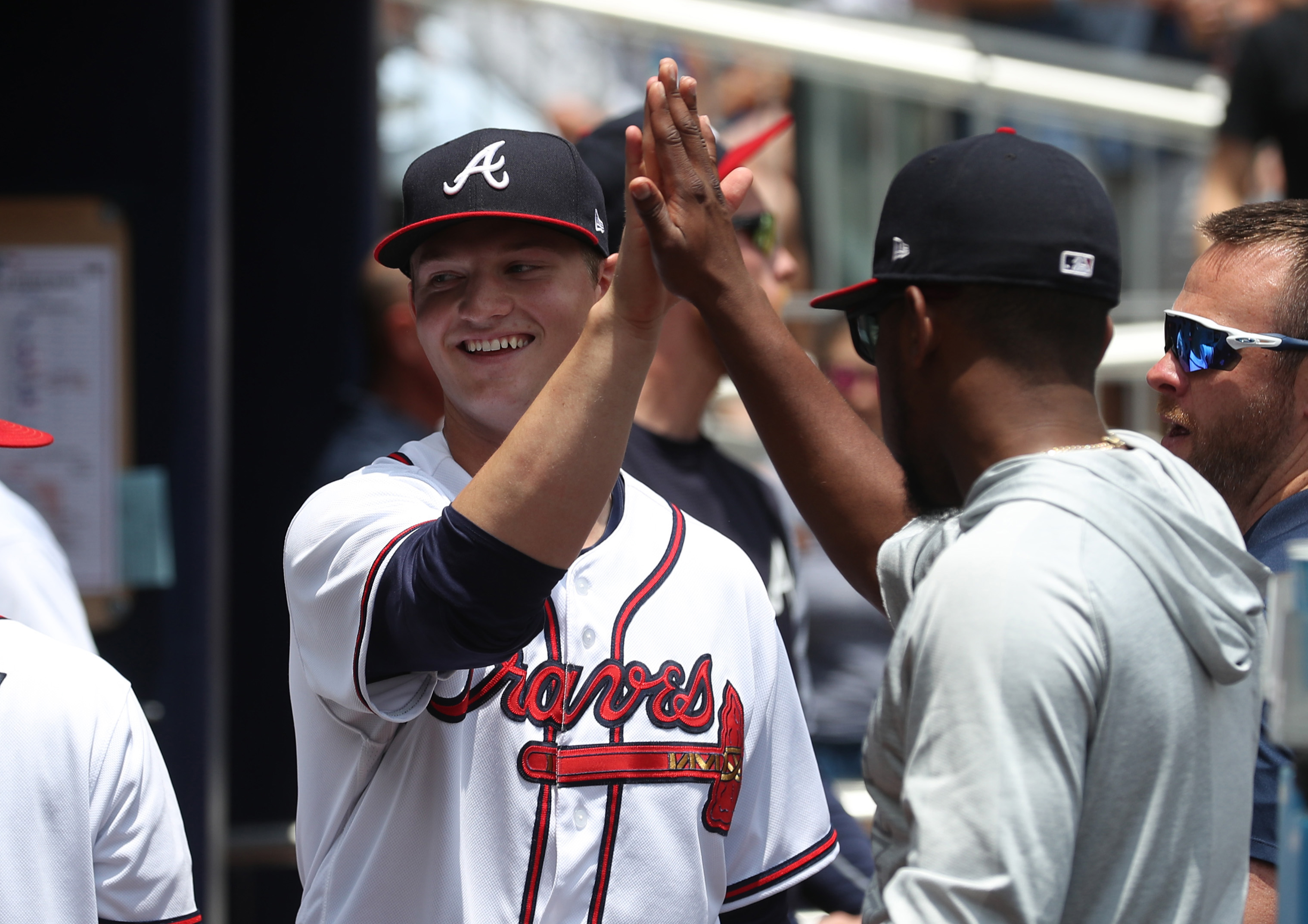 So we know how bad the Mets offense has been. It’s historical. Every day you expect them to break out of it (and by Mets standards, three might be a break out), because it really can’t be as bad as it’s been. And certainly it can’t get any worse for Jacob deGrom, right?

Well here we are. deGrom pitched another stellar game on Wednesday, Seven runs, seven hits, seven strikeouts, no walks, one run. He was the losing pitcher. deGrom has a 2-2 record with an 0.86 ERA in the Mets’ last ten games, of which the team is 2-8. It’s gotten so bad that Todd Frazier is busy apologizing to deGrom like he’s in some damn Milky Way commercial. Todd, how about some batting practice before you invent your next condiment based celebration.

But I’m not so sure the Mets lost today because they’re the Mets. The Mets may have lost because the Braves are pretty damn good.

And that’s worse. They have young players up the junction, including Mike Soroka, who has had two good outings against the Mets, and it’s only a matter of time before he has good outings against major league teams. They have the best hitter in baseball in Freddie Freeman. They’ll have lots of money to spend next year. Think about this: The Braves had a general manager who was banned from baseball for life for paying prospects under the table, and yet their prospects are still good enough that they’re battling for the division this year. Imagine if a Mets GM did that. The team would be immediately contracted.

I wish it was just about the Mets being bad. But between Mike Soroka, Juan Soto, and Rhys Hoskins, I’m thinking that we should just shack up with the Marlins and eat ice cream on the couch with them this season. The way things are going, they might be sitting on the freshest cushion.