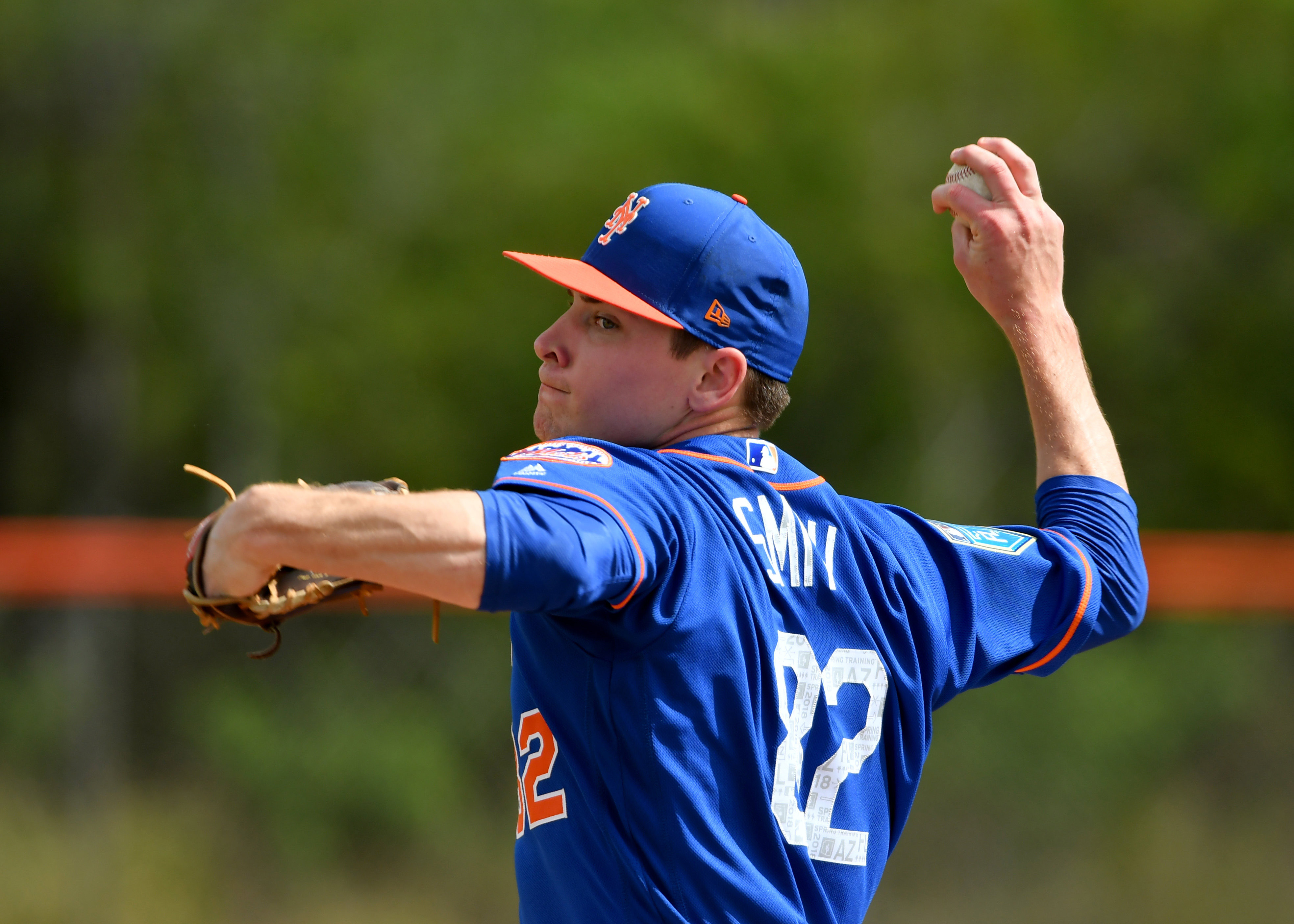 Last summer, New York Mets’ General Manager Sandy Alderson followed a very specific strategy when it came time to deal off his veterans on expiring contracts. Alderson targeted minor league relief pitchers in an effort to acquire cheap power arms for his bullpen, and that experiment has provided mix results so far. Of the seven arms the Mets acquired, three have reached the majors so far, with only Jacob Rhame spending any regular time in the bullpen. That could change soon as righty Drew Smith is making a strong bid to get promoted to the majors. Smith is the focus of this week’s edition of Minor League Mondays.

The Mets acquired Smith from the Tampa Bay Rays last July in exchange for Lucas Duda, and the move was praised by critics at the time. Smith was believed to be a future closer in Tampa’s system, relying on a plus fastball and an above average changeup to get hitters out. The Mets assigned Smith to AA Binghamton after the deal, where he went 3-2 with a 1.80 ERA in 11 appearances, striking out 17 batters in 15 innings pitched. Smith made two appearances for the Rumble Ponies this season before being quickly promoted to Triple-A Las Vegas, where he has dominated in a very hitter friendly Pacific Coast League.

The numbers for Smith’s time with the 51’s are outstanding: a 4-1 record, a 2.79 ERA, a 1.17 WHIP, 27 strikeouts in 29 innings pitched, and a .217 batting average against him. While those numbers aren’t quite as lights out as his AA statistics, Smith has held his own in a league where hitters put up pinball numbers, and the 51’s home stadium has been compared to Coors Field. All things being equal, this is a strong sign that Smith could be a factor in the big league bullpen sooner rather than later.

Given the bullpen issues that the Mets have had, it is a bit of a surprise that they haven’t given Smith a chance to help already. Smith isn’t on the 40 man roster, but the Mets have several players that could easily be removed to make room for him. The latest setback against Smith’s recall was the team’s claim of righty Chris Beck off waivers from the Chicago White Sox. Beck had a 4.18 ERA for Chicago and was cut by the team with the second worst record in the American League, but the Mets decided they would rather have a guy with a career ERA of 5.93 in their big league bullpen ahead of Smith. That kind of logic says a lot about how the Mets evaluate talent, but that is a discussion for another day.

The Mets need to get Smith up to the big leagues soon in order to see if he can stick on the big league level. If the season continues to spiral out of control, the Mets will need to evaluate the arms they have in their farm system to determine how many of them can help out of the bullpen next season. Jeurys Familia, A.J. Ramos, and Jerry Blevins will all be free agents and the Mets probably won’t spend significant money to replace all three of them. The Mets will instead look at adding a piece in the market while hoping some combination of Rhame, Smith, Eric Hanhold, and others can team with Anthony Swarzak and Robert Gsellman to form a competent big league bullpen. That process needs to begin soon, and leaving Smith in AAA isn’t helping anyone.