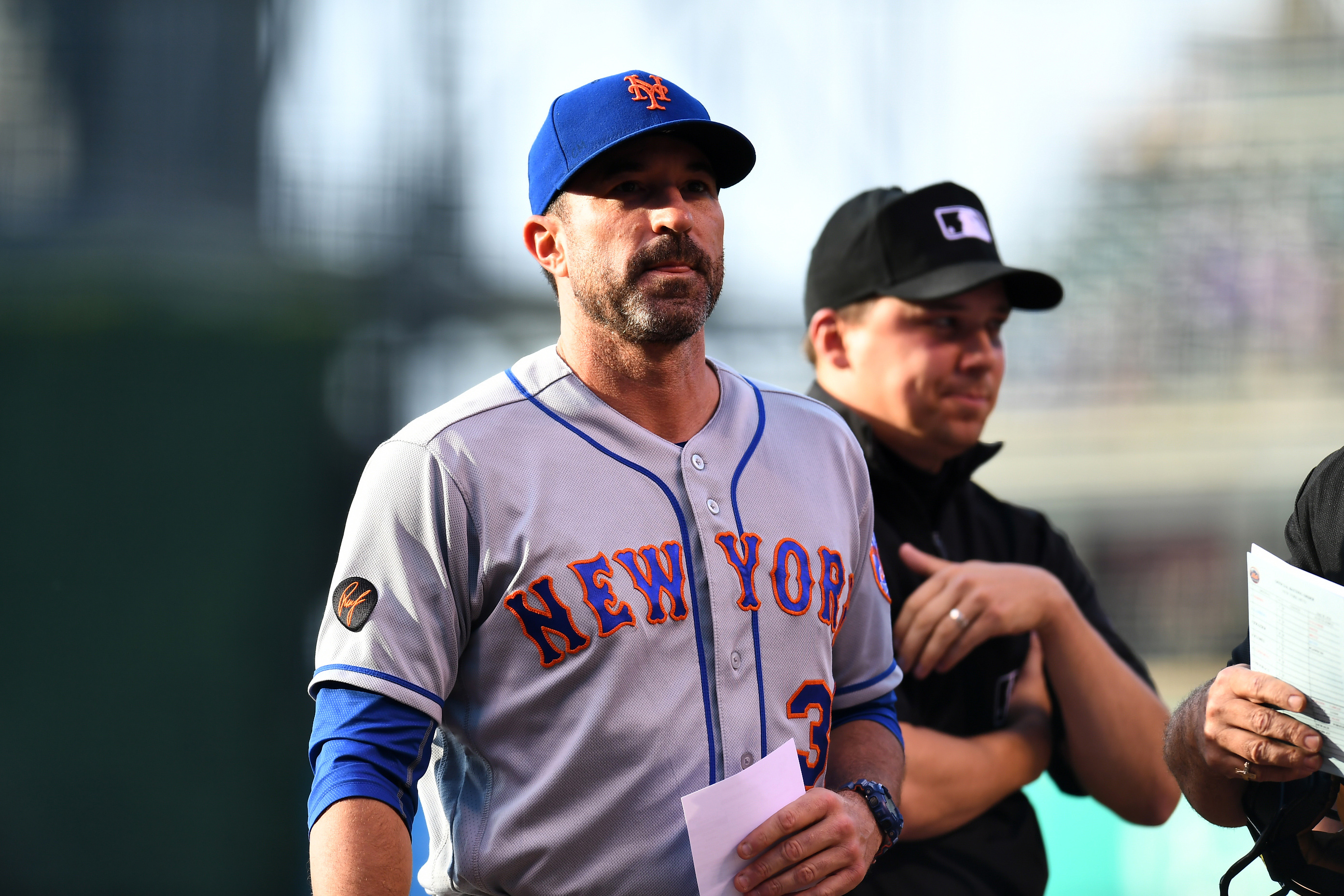 When the New York Mets arrived in Port St. Lucie this year, one of the big buzzwords from new manager Mickey Callaway was accountability. Callaway. That theory got put to the test immediately, when Dominic Smith was late to report for the first game of the spring, and Callaway scratched him. The move was heavily applauded at the time, and Callaway continued to  hold the Mets accountable early in the season, specifically when Matt Harvey pitched his way into the bullpen. Since the team has started to slump, however, Callaway has begun to go back on the whole accountability thing.

First there was his statement to the media after a brutal loss to the Chicago Cubs, the Mets’ fourth in a row at that point. Callaway pointed the finger for the Mets’ poor performance at the New York media, saying the following to Howie Kussoy of the New York Post:

“Let’s be honest, this is a tough place to play. New York is tough on players. It’s tough on everybody. If they were in Cleveland or somewhere else, maybe they wouldn’t feel that pressure, but you are playing in New York.”

After spending several months talking about how the Mets needed to hold themselves accountable for their poor performance and a few days after holding a team meeting about executing on defense, Callaway blamed the media market for the player’s lack of performance. Things got worse on Tuesday night, when Callaway was asked about Jason Vargas’ poor performance at Coors Field. Here’s what Callaway had to say about that outing, courtesy of ESPN.com:

“When you come to Coors Field, you tell your pitchers to not worry about what happens here and you move on. Forget about it.”

Now, it’s one thing for Callaway to tell his pitchers not to worry about pitching in Coors Field if they give you a six inning, five run kind of outing. Vargas gave up seven runs in 2.1 innings pitched, putting the Mets in such a deep hole that even the Rockies’ bullpen couldn’t dig them out of it. WFAN’s Mike Francesa ripped Callaway’s comments in the open of his show yesterday, which you can listen to below.

Mike Francesa Open-- some thoughts/laughs at the expense of Mickey Callaway and Jason Vargas: https://t.co/alp7vr3b69

Even Vargas was more accountable then his manager, telling reporters that he made terrible pitches and they all got hammered. When a player is taking more responsibility for poor performance than the manager, that’s a big problem.

Callaway looks like he is in over his head right now and has no idea how to fix the problems around him. While it certainly isn’t Callaway’s fault that the Mets have had a lot of injuries and players aren’t performing, it is his job to promote accountability and playing the game like a professional. Callaway isn’t doing that by giving his players built in excuses for not doing their jobs like blaming the media or Coors Field. For as many weird choices Terry Collins made in the dugout, he at least showed some anger and fire when the Mets weren’t playing like professionals. Callaway constantly talks about how hard everyone is working and how the process should lead to better results, similar to the infamous John Idzik press conference for the New York Jets in 2014. The Jets started that year 1-7, and Idzik came out to meet the media talking about how great everyone was that worked for the team instead of taking any blame for the mess he created. Idzik was fired by the end of the season, and if Callaway keeps going this way he could meet the same fate.

At this point, it certainly looks like Callaway is trying too hard to protect his players and connect with them instead of managing a baseball team. When Dominic Smith made that hot dog play in the ninth inning on Sunday to give the Arizona Diamondbacks new life, any sane manager would have yanked him off the field to teach him a lesson about how to play the game the right way. Callaway left Smith in the game, giving him virtually no consequences for a stupid play that could have cost the Mets the game.