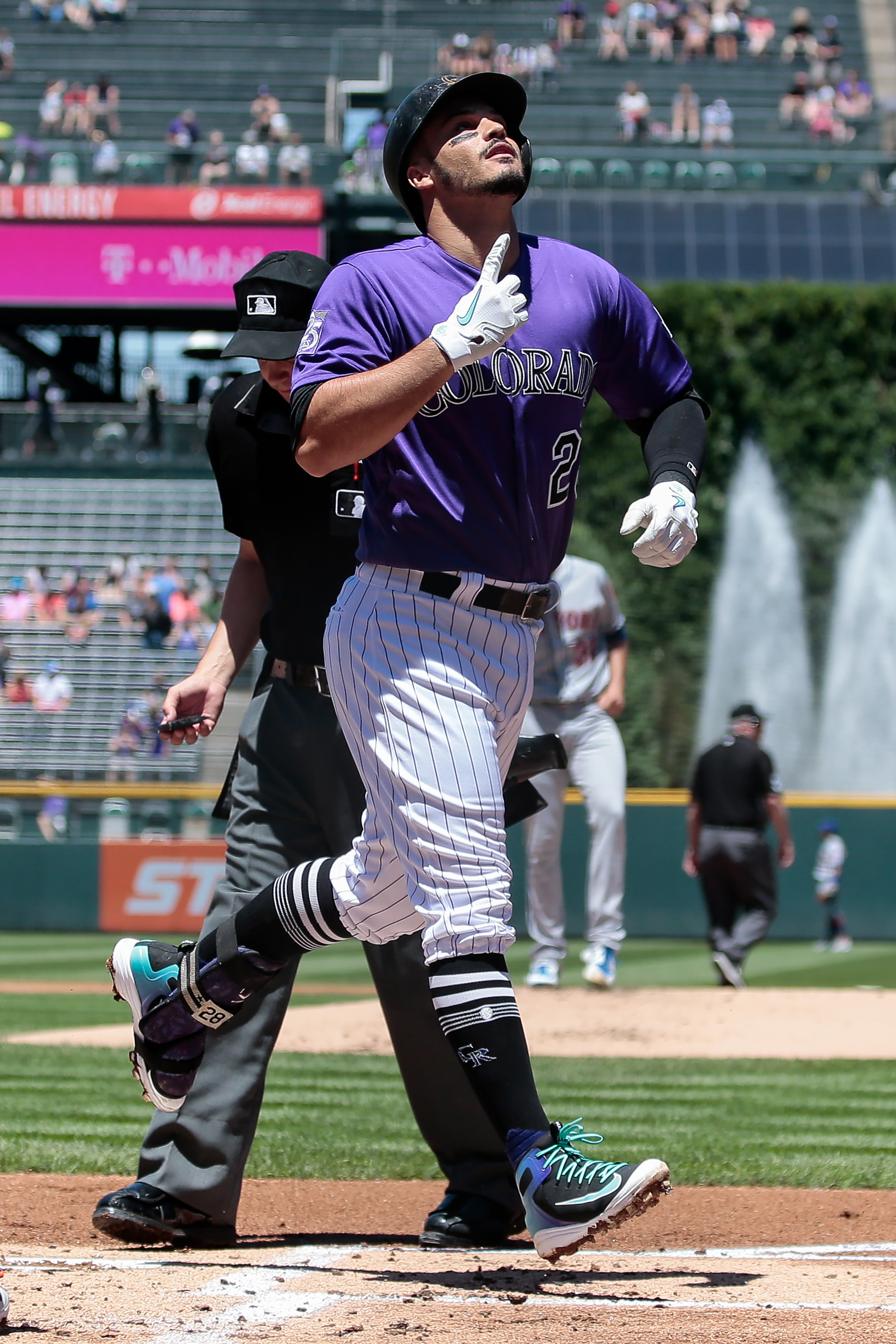 The New York Mets have now followed a three game winning streak with another three game losing streak. The Colorado Rockies (37-38), behind a monster day from third baseman Nolan Arenado, defeated the Mets (31-41) 6-4 to drop them back to 10 games below the .500 mark. Arenado did most of his damage early, driving in five runs in the first two innings, putting the Mets in a hole they couldn’t climb out of.

The Mets actually scored first for the fourth straight game when Todd Frazier launched a solo homer (8) off Rockies’ starter Kyle Freeland. That lead didn’t last long as Steven Matz gave up a leadoff double to D.J. LeMahieu and plunked Charlie Blackmon to put two men on ahead of Arenado. Arenado made Matz (L, 3-5) pay, lining a three run homer down the left field line to put the Rockies up 3-1. Matz got bit by Arenado again in the second, giving up a two run double to make it 5-1.

That would be plenty of run support for Freeland (W, 7-6), who held the Mets to just two runs in six innings of work. The Mets actually had a golden opportunity to get back into the game in the fourth, when they loaded the bases with two outs before Amed Rosario was robbed of a dunk single by LeMahieu to end the inning. The score would remain the same until the eighth, when the Mets pushed across a run on a sacrifice fly from Wilmer Flores, only to have Colorado get it right back in the bottom of the frame. The Mets managed to sneak a run across in the ninth against Jake McGee and got the tying run to the plate in the form of Brandon Nimmo, but he struck out swinging to end the game.

Today’s Player of the Game Award goes to Rockies’ third baseman Nolan Arenado. Arenado went 2 for 4 with a double, home run, and five RBI’s to generate virtually all of the Rockies’ offense on the day.

The Mets will limp back home to kick off a six game home stand tomorrow night. First up is a matchup with the defending National League champions, the Los Angeles Dodgers (38-35). Zack Wheeler (2-5, 4.82 ERA) will square off with lefty Alex Wood (2-5, 4.22 ERA) in the pitching matchup. First pitch for the opening game of the weekend series is scheduled for 7:10 pm at Citi Field.