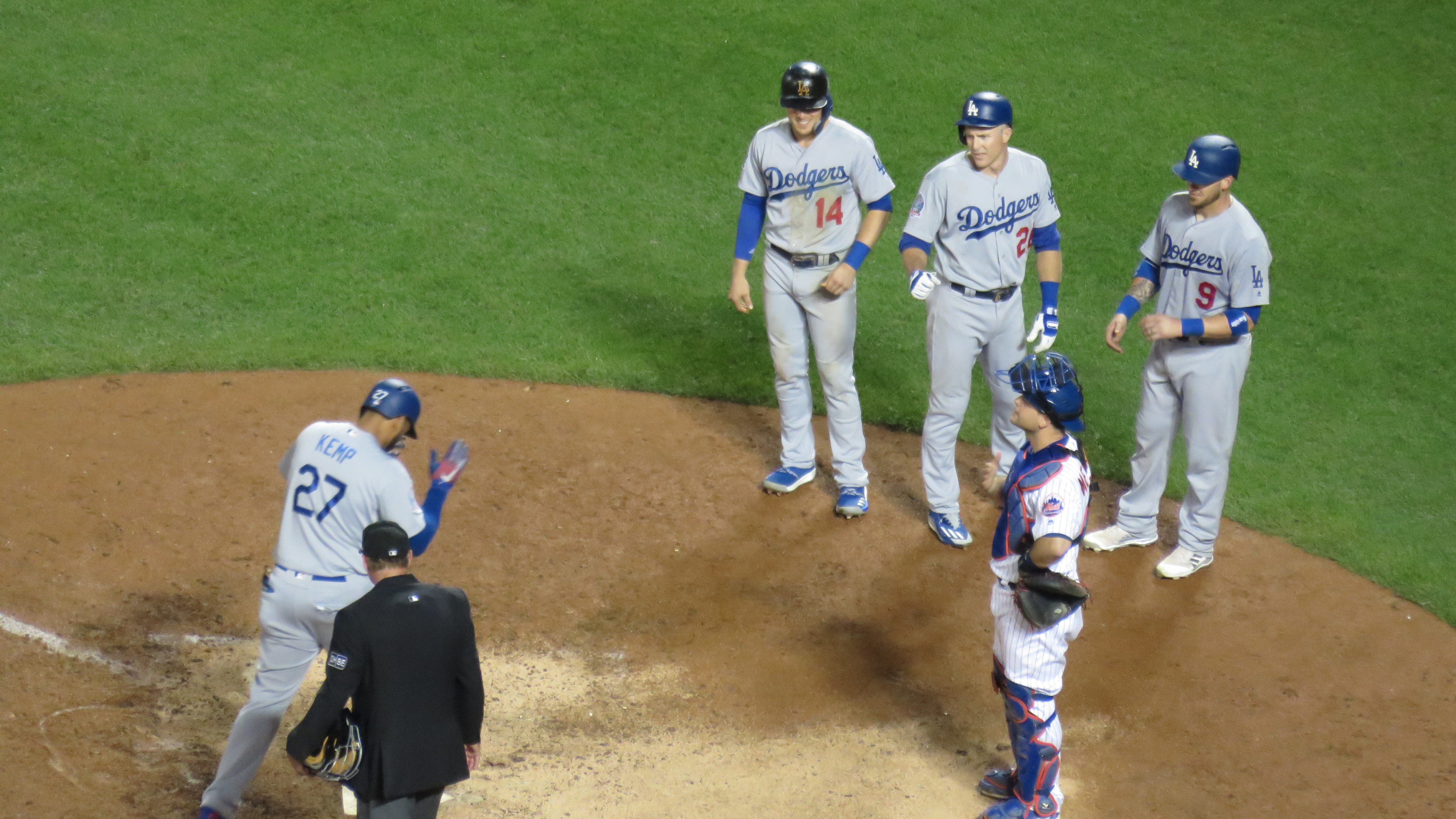 Shame on the Mets for following up on two runs in three innings against one of the greatest pitchers in the world (albeit on a pitch count during what should have been his rehab start), by getting zero runs in four innings against somebody named Caleb Ferguson, who I’m almost positive had a late night show on a major network at one point.

This is Caleb Ferguson. He did not bring a robot sidekick named Geoff to the mound. (Metstradamus)

Bad enough that the Mets had first and third with nobody out in the fifth and couldn’t score as Asdrubal Cabrera and Wilmer Flores struck out before Michael Conforto made the third out with the Mets down 3-2. But then in the seventh inning, Brandon Nimmo tripled through Cody Bellinger. So up comes Todd Frazier with Nimmo on third with the infield in. All he has to do is put the bat on the ball against a guy who had an ERA over seven coming into the game.

Codey Bellinger singled to start the eighth for Los Angeles against Robert Gsellman in his second inning of work. Then Yasiel Puig hit a looper to center field. Conforto, who had dropped a very catchable fly ball earlier in the game, started back on the ball about three steps, then raced in to try to make up for it but had the ball go off his glove on a dive. Puig was out stretching to a double, but Bellinger being on third changed the whole inning. Yasmani Grandal was intentionally walked, then Kike Hernandez safetysqueezed Bellinger home to make it 4-2. That was most likely your game as the Mets can’t hit. But Matt Kemp’s grand slam made sure that the Mets would lose in nine innings and not 14.

For good measure, Todd Frazier goes down looking to end the game. (Metstradamus)