Minor League Mondays: Jeff McNeil Could Be New York Mets' Second Baseman In The Near Future 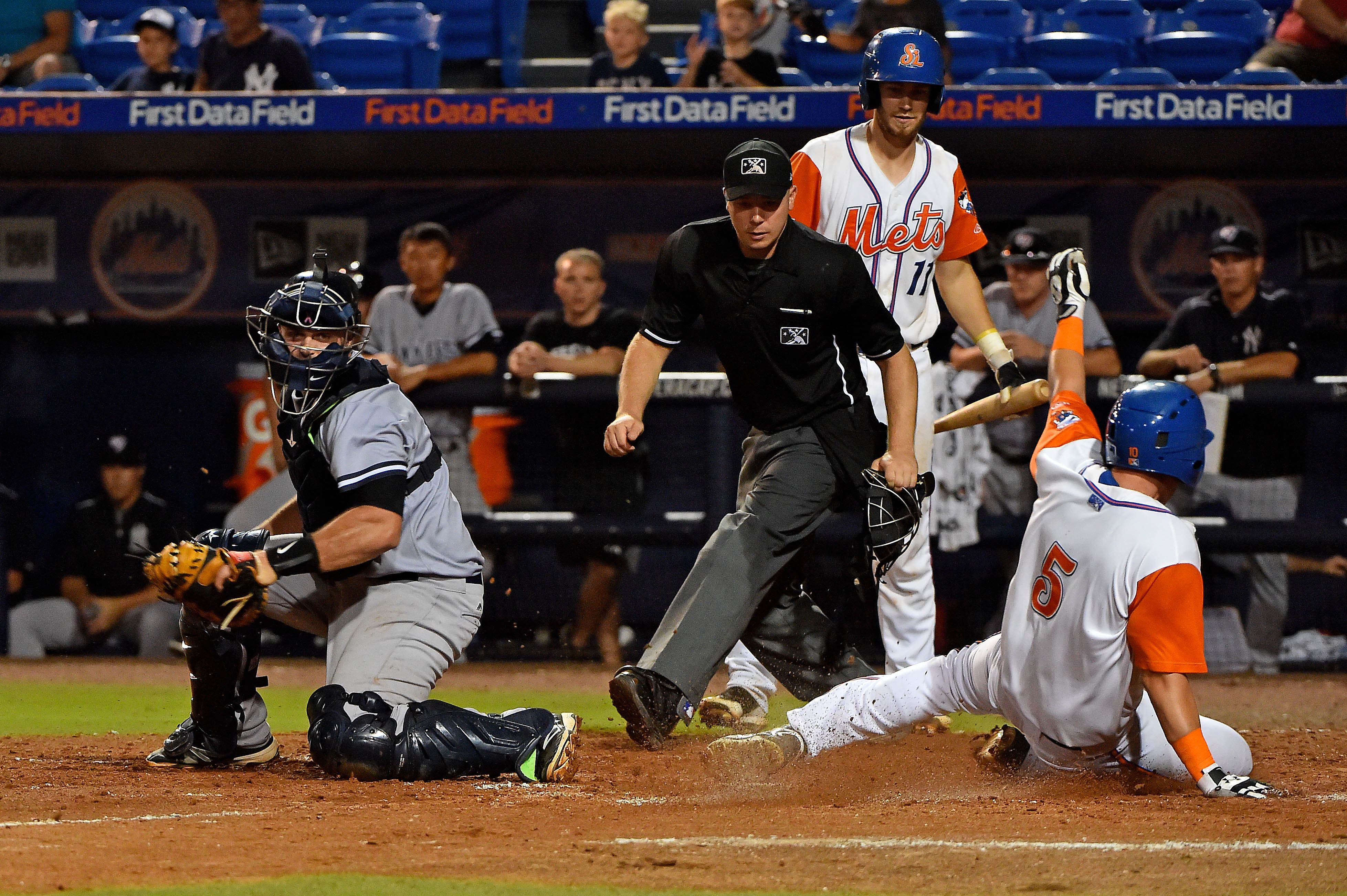 Minor League Mondays: Jeff McNeil Could Be New York Mets' Second Baseman In The Near Future

Despite what General Manager Sandy Alderson told the public last week, the New York Mets will be sellers at the trade deadline. The Mets will look to flip some of their pending free agents, and potentially a few players locked up beyond this season, in an effort to continue reloading the team’s weak farm system. One of the most likely players to get traded is second baseman Asdrubal Cabrera, who is having a strong year, batting .274 with 13 home runs and 43 RBI’s. Once Cabrera gets dealt, the Mets will have a hole at second base, and it just so happens that one of their most intriguing prospects plays the position. That man is Jeff McNeil, and he is the focus of this week’s edition of Minor League Mondays.

Entering the year, McNeil was a pretty non-descript prospect for the Mets, an average defender who was regarded as a slap hitter without much pop. That potential lack of upside, combined with the fact that McNeil was a 26 year old only slated to begin the year in AA after an injury wiped out his 2016 season, caused him to slip through the Rule V Draft. Things changed this season, as McNeil has had a breakout campaign and has made himself a potential candidate for a call to the majors as soon as the second half.

McNeil started 2018 as a member of the Binghamton Rumble Ponies, where he not only batted .327 in 57 games, but also launched a career high 14 home runs in just 214 at bats. The power was a stunning development for McNeil, who had never hit more than four homers in a pro season before, and it caught the attention of the Mets’ brass. McNeil was promoted to AAA Las Vegas alongside teammate Peter Alonso last week, meaning he is just one step away from the major leagues. While Alonso has drawn the early hype for a three homer game with the 51’s on Saturday, McNeil has continued to hit, batting .387 with four doubles and five RBI’s over his first 31 at bats for Las Vegas.

McNeil’s breakout is a bit reminiscent of Daniel Murphy’s emergence at the end of 2015 for the Mets. Prior to linking up with hitting coach Kevin Long, Murphy was a high average hitter who swatted around 12 long balls a year. Murphy developed his power stroke under Long, hitting home runs in seven consecutive postseason games before signing with Washington and turning into an MVP candidate. No one is saying that McNeil is going to be the new Daniel Murphy, but the fact that McNeil is developing power after showing little of it before is certainly interesting.

Assuming the Mets deal Cabrera by July 31st, McNeil should get a shot at the majors shortly after that. With the season spiraling out of control, the Mets need to look at as many young players as possible in order to find out what they have in their system that can help for 2019. McNeil is intriguing because he has always been a good average hitter, something the Mets’ lineup currently lacks, and he plays a position where the team doesn’t have a clear long term answer. If McNeil can demonstrate that he deserves a shot at the starting second base job in the last few months of the season, it could save the Mets a lot of money in free agency. Instead of wasting money bringing in a veteran like Murphy to stop gap the position, the Mets could let McNeil have a shot and throw their dollars at a more meaningful upgrade, like Manny Machado.